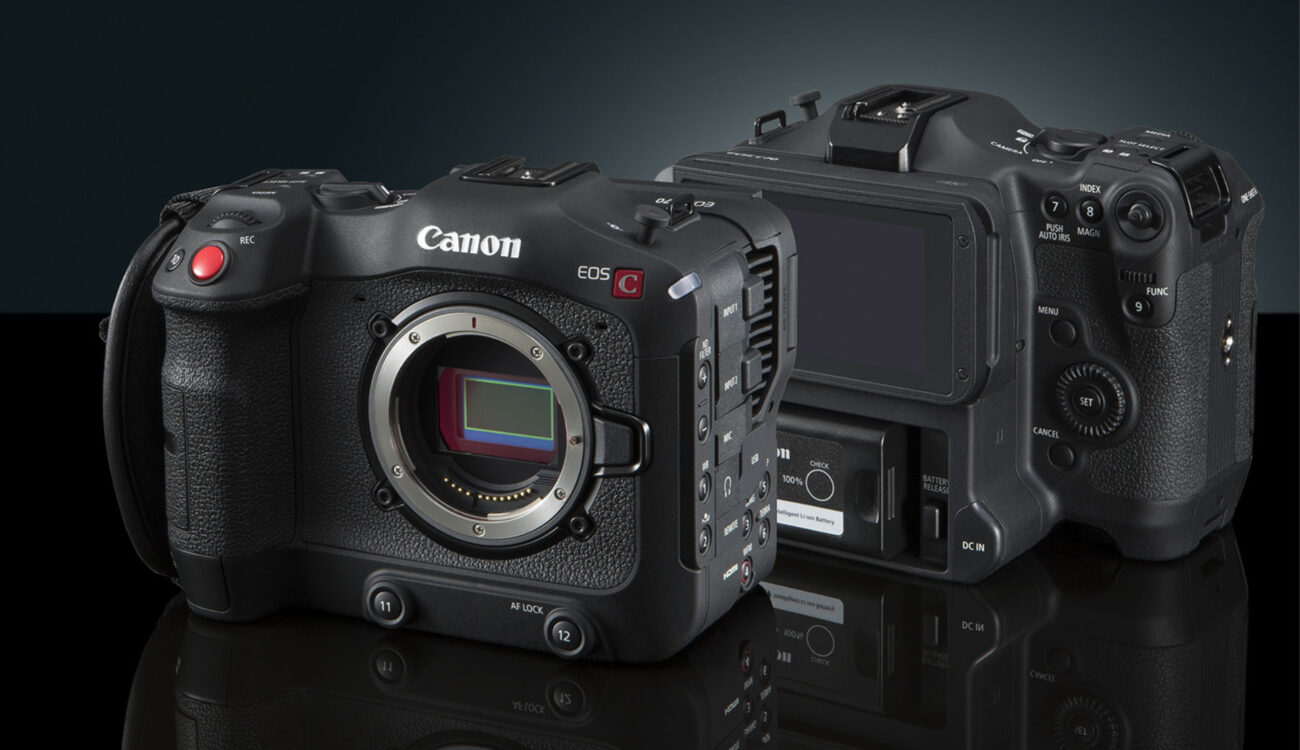 UPDATE: Not only Cinema RAW Light LT (up to 4K 60p), but also ST (up to 4K 30p) and HQ (limited to 2K 60p in s16 crop) will be available through this new firmware (unfortunately, in the official press release only LT was mentioned).

The Canon EOS C70 camera has been around for a while now, and despite no longer being the smallest camera in the Canon Cinema EOS lineup in the wake of the release of the EOS R5 C (review here), it’s still a very popular camera for indie filmmakers and other owner-operators out there.

So this latest firmware upgrade is a very welcomed piece of software, and I’m sure a lot of R&D went into it, as it greatly improves the C70, free of charge.

Back in December 2021, Canon also released a new version of the C70 firmware that expanded the list of compatible EF lenses, allowing 12 more lenses to be used with the EF-EOS R 0.71x mount adapter, with full optical correction, metadata, and autofocus support.

So now it’s time for a firmware upgrade that improves the recording capabilities under the hood, rather than optimizing for more lenses. This new firmware version will be released in March 2022 and will primarily enable the EOS C70 to record Canon’s proprietary 12-bit Cinema RAW Light LT and ST format in 4K. You also can record in HQ quality, but only in 2k.

In addition, quite the opposite of shooting in high-quality Cinema RAW Light, an option for recording smaller 10-Bit XF-AVC proxy files simultaneously is also added.

With these two new options in place, you can record really high-quality footage without any in-camera processing and/or record lightweight proxy files for fast turnaround projects or for getting dailies quickly to the editor for example.

Up until now, the EOS C70 could only record in XF-AVC 4:2:2 10-bit (along with lesser h.264 and XF-AVC Proxy modes), but now this option sits comfortably between the new offerings, namely Cinema RAW Light and its supporting 10-Bit XF-AVC Proxy mode.

Also included in this firmware update are interval and frame recording options for the EOS C70.

The firmware can be downloaded (once available in March 2022) through Canon’s usual online resources here: Europe | US

Do you own a Canon EOS C70 or are you planning to buy one? Share your experience below in the comments!