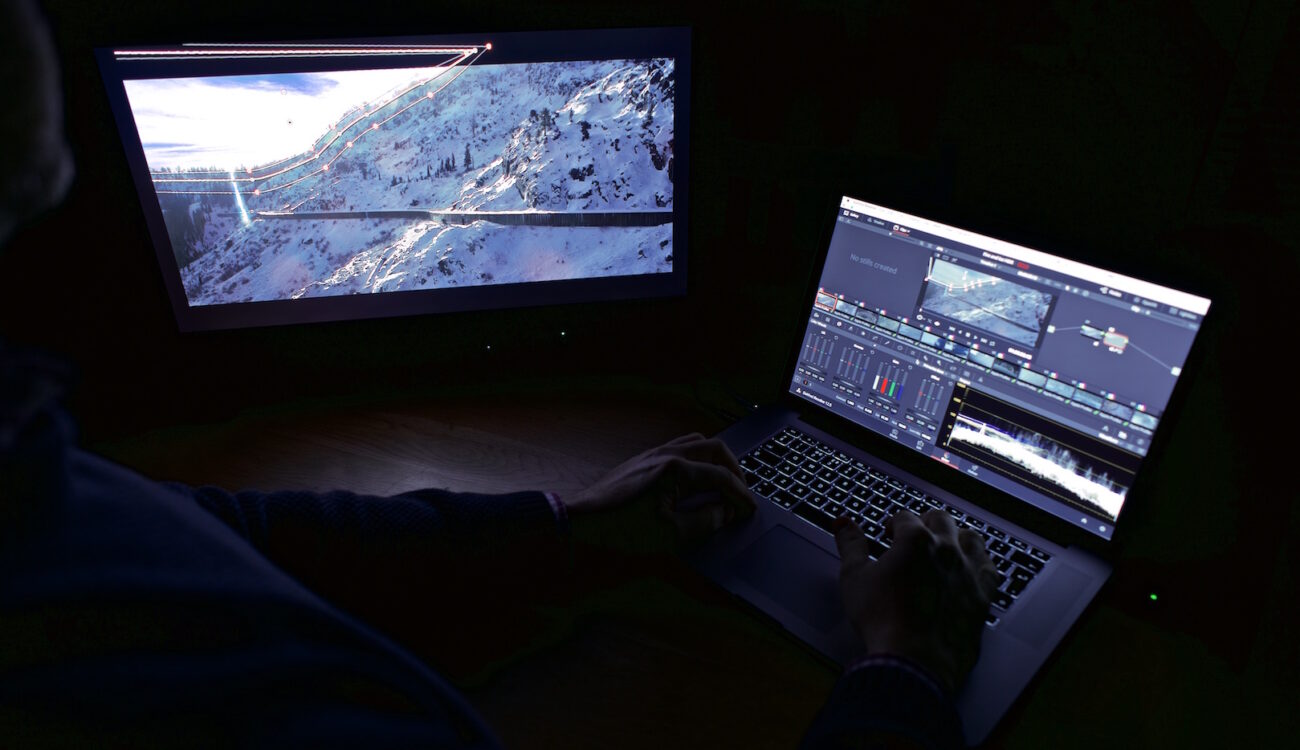 Back in September, Canon announced two new professional 4K, HDR, reference monitors – the Canon DP-V2420 (shipping now) and the DP-V1710 (shipping February 2017). I managed to get some hands-on time with the top-of-the-range DP-V2420 this week. Read on to see my thoughts on how the Canon DP-V2420 HDR Monitor performed. 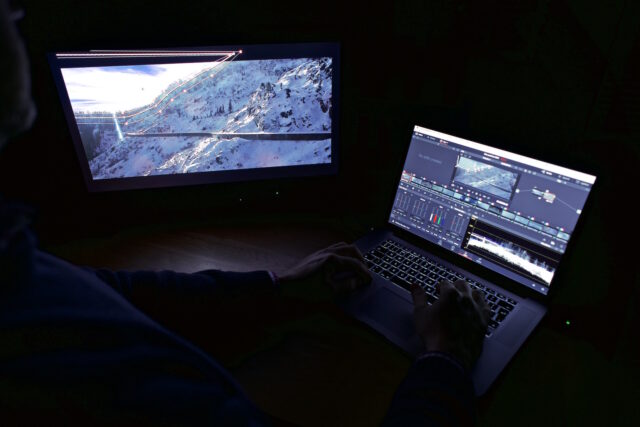 With a hefty £25k price tag, you’d expect the Canon DP-V2420 to be stuffed full of cutting edge display technology, and thankfully it is: 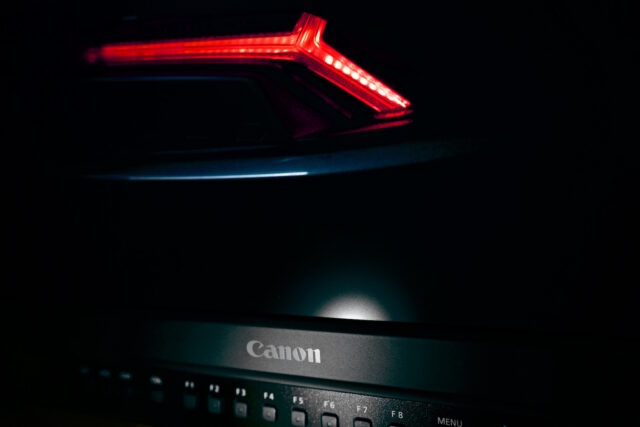 As mundane as it may seem, the first thing that struck me when setting up the Canon DP-V2420 HDR Monitor was how simple and intuitive the menu system was. Having worked with a lot of reference monitors in my time, this was by far and away the easiest menu system I’ve come across. It was particularly quick and easy for me to create an HDR preset to match YouTube’s new HDR specification, with a peak luminance of 1000 cd/m2. 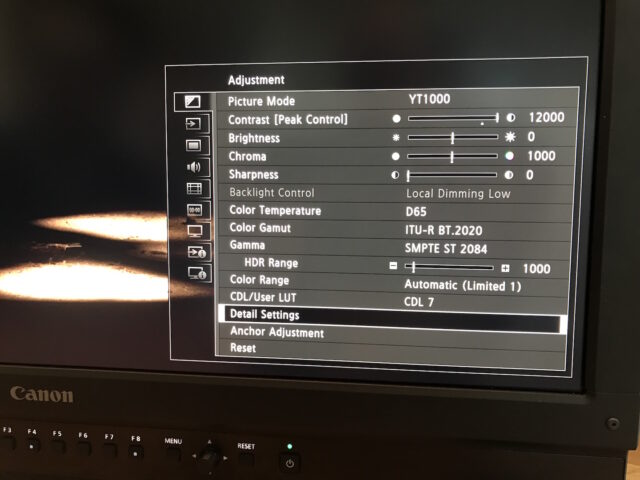 The next thing I noticed was just how crisp and defined the 4K image was. The material I was working with was originally shot on a RED Epic-W with the 8K Helium sensor, though I was working from a 4K Pro Res 4444 XQ master. The image quality was simply remarkable, but what truly blew me away was when I set my Resolve project to 1080p to test the DP-2420’s ‘Shape Tracing’ upscaling technology. I thought this would be a useful real world test, as not everyone has the required hardware to output 4K from their system, such as Blackmagic’s UltraStudio 4K Extreme. Once I was outputting a 1080p signal to the DP-V2420, I took a step back and couldn’t believe my eyes. If I hadn’t known better, I would have sworn I was looking at the 4K signal still! It really is one of the best upscaled 4K images I’ve ever seen. 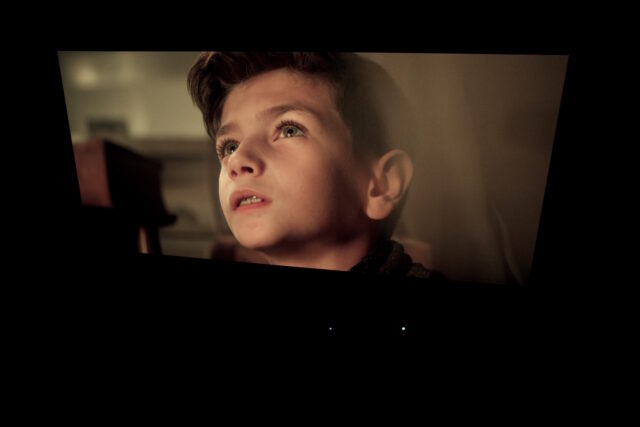 I was a bit dubious when I first heard that this monitor used a backlit LCD rather than an OLED panel. For HDR, one would normally expect OLED in order to achieve the low 0.005 cd/m2 blacks necessary. As soon as I was feeding it my signal, though, it became clear that Canon had achieved something truly unique with this backlight technology. The  DP-V2420 HDR Monitor’s backlight scanning uses a full array RGB backlight, allowing individual areas to be partially turned off. Canon wouldn’t tell me too much about how this technology works, but it’s clearly very clever and produces deep blacks that one wouldn’t normally see on a backlit IPS panel like this.

As well as local dimming, the sensors behind the backlight array are also able to measure temperature, luminance and colour information across the panel. This wealth of data allows the monitor to maintain optimal performance at all times and Canon even told me that it should mean that, under normal conditions, it shouldn’t require re-calibrating (it’s initially done using top-end Klein probes by Canon before it leaves their factory) before a year or more in to it’s working life! 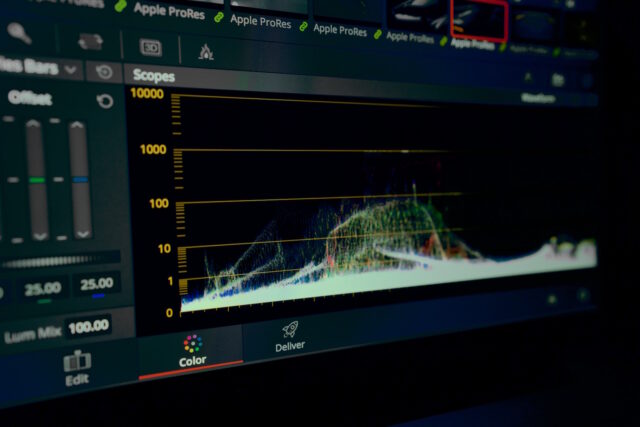 My only real criticism of this display is its fan noise. There were times when I thought the thing was going to take off! However, after chatting with Canon about this, I was told there is a firmware update coming soon to fix this issue.

There will also be some new features introduced, the most exciting of which is the ability for the monitor to take an incoming feed and split it in two on screen, allowing the colourist or DIT to check both the HDR and SDR versions of the grade side by side. This is currently only possible by bridging the SDI In and Out ports on the back with an additional cable, but the update will remove this requirement, making it much easier to take advantage of this feature. I can see this split-screen feature, coupled with the HDR-compatible waveform monitor built into the Canon V-2420, as being extremely useful on-set during HDR productions. 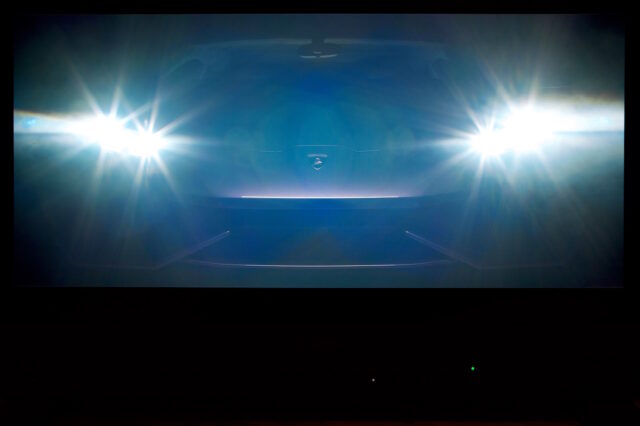 In the burgeoning market for professional HDR monitors, the Canon DP-V2420 HDR Monitor is one of the ones leading the pack. It has some very clever tech inside it and several killer features that would make it invaluable both on set during an HDR shoot and in the colour suite.

*Thanks to Abandon Visuals for allowing me to show their footage being used in this review.