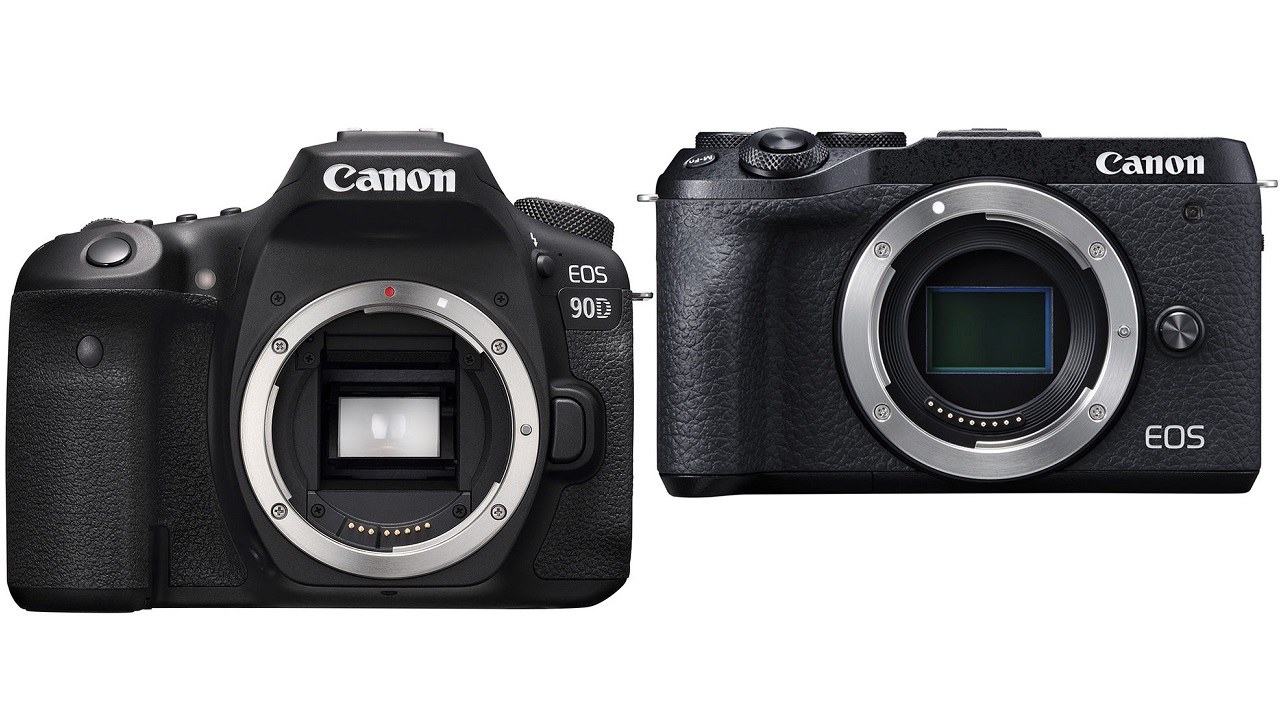 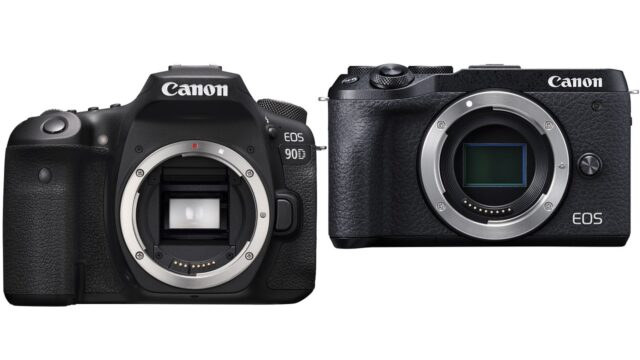 Canon’s first announcement is the update to their mid-range APS-C DSLR line of camera bodies with EF mount. Canon EOS 90D is a successor to the 80D, which was announced in 2016 already (our article can be found here). What is new compared to the 80D?

The new sensor still has the same APS-C form factor with a 1.6x crop, but the resolution has been increased from 24.2MP with the 80D to 32.5MP for the 90D (with the new DIGIC 8 image processor). There is still the great reliable autofocus for video with Canon’s 5481-point Dual Pixel CMOS AF. Canon 90D now also adds Eye-detect AF. The ISO maxes out at 25600 for photo and 12800 for video.

Video capabilities have also been finally significantly upgraded. While the Canon 80D maxed out at Full HD resolution with 60fps, 90D brings UHD 4K (3840 x 2160) video recording at up to 29.97 fps and Full HD (1920 x 1080) at up to 120 fps. Good news is that the UHD video is now uncropped (!) – finally we can record UHD video with a Canon DSLR camera using the whole width and height of the sensor.

While we couldn’t find contradicting information anywhere yet, we assume that the Canon 90D and M6 Mark II both still record 4K and 1080p in an 8-bit 4:2:0 codec.

When it comes to camera body design, the 90D is not a revolution. It is very similar to the 80D. Only the buttons and the dial wheel on the back side were slightly modified. There is now also a new 8-way multi controller joystick. It still sports a vari-angle touchscreen LCD, monochrome status display on the top right hand side, optical viewfinder, and built-in flash.

The Canon EOS 90D DSLR camera is available now for pre-order. The price for the body has been set to US $1,199. 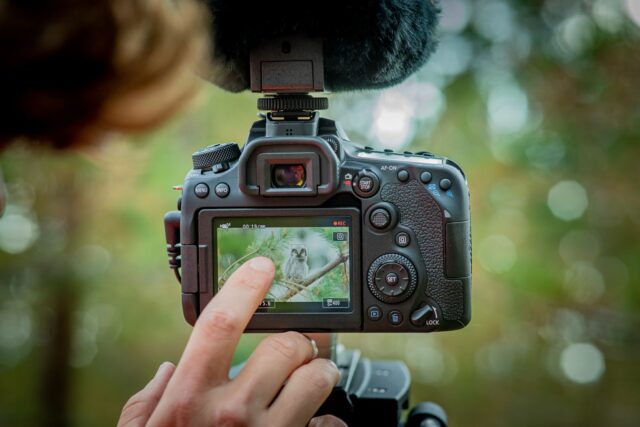 It is quite interesting to see that Canon actually still updates their APS-C mirrorless line of camera with the EF-M mount, after they introduced the RF mount later on. The original Canon EOS M6 was announced in February 2017 (our article from the announcement can be found here). In July 2019 SIGMA announced to adapt three fast prime lenses for the Canon EF-M mount, so it seems like this mount is far from being dead yet. It simply seems strange to maintain two incompatible mirrorless mounts at the same time – this means headaches for consumers and an expensive lens strategy for Canon. It will be hard for people who start with an M-mount camera to upgrade to RF cameras easily – they’ll have to replace their lens collection.

When it comes to the new mirrorless Canon M6 Mark II, it is again a very compact rangefinder style camera. It seems to share the same image sensor as the new Canon EOS 90D. The resolution is 32.5MP as well (the Canon M6 had 24.2MP). It also has the DIGIC 8 image processor. The ISO maxes out at 25600 for photo and 12800 for video recording.

The camera can shoot stills at up to 14fps with autofocus and up to 30fps RAW stills burst with 18MP resolution. The M6 Mark II also takes advantage of Canon’s 5481-point Dual Pixel CMOS AF, so autofocus for video should not be a problem. I hope the Dual Pixel AF will be finally available for all recording modes – in the Canon M50 it was not available for UHD (and it only was a cropped mode too).

The EOS M6 Mark II incorporates a 3.0″ touchscreen LCD, which has a 180° tilting design for front-facing shots. The camera does not have a built-in viewfinder. The auxiliary EVF-DC2 electronic viewfinder (which attaches via the camera’s hot shoe) is included with the camera when purchased with certain lens kits. Otherwise it can also be purchased separately as well. 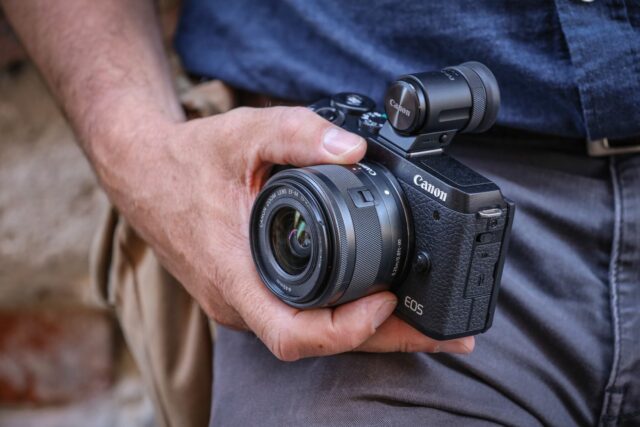 The Canon EOS M6 Mark II mirrorless camera is available now for pre-order. The price for the body has been set to US $850.

What do you think of the new Canon cameras? Would it fit well into your shooting kit? Let us know in the comments underneath the article.