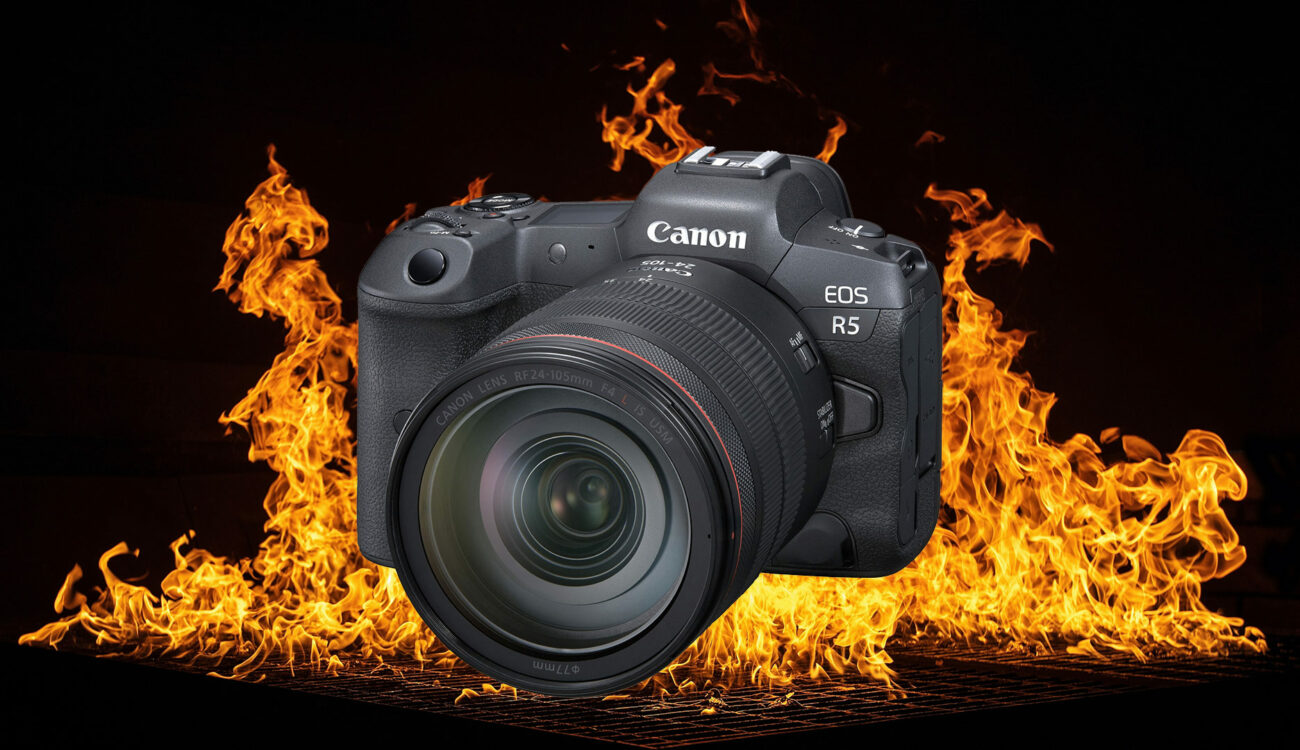 Canon just issued an official statement regarding the Canon EOS R5 and EOS R6 overheating during video recording. The company says they used a magnesium alloy body and “overheat control” for better heat management. Canon didn’t want to include a fan to keep the body compact and weather-sealed.  The EOS R5 can only record up to 20 minutes in 8K and up to 15 minutes in 4K 120fps. After that, the camera needs up to 20 minutes to recover before starting to record again.

When Canon officially announced its new flagship full-frame mirrorless cameras – EOS R5 and EOS R6 – last week, there was one particular topic many people were talking about. The overheating issue (of the R5). Even before the whole debate began, I was asking myself how could have Canon managed it – packing 8K RAW recording in such a small camera body without an active fan. Panasonic, for example, decided to go with the fan in its LUMIX S1H which “only” has 6K and no internal RAW.

Internal 8K RAW recording is indeed a huge technological challenge (hearing RED Monstro and RED Helium dual-fans in the background) and certain compromises had to be made. Today, Canon issued an official statement about the Canon EOS R5/EOS R6 overheating issue. Let’s take a look at it.

The EOS R5, one of the latest additions to Canon’s full-frame mirrorless camera line, offers class-leading autofocus with high-resolution and high frame rate video recording options using the maximum width of the full-frame sensor at high bit rates.  Inevitably, this combination of features has the potential to generate some significant heat, which will limit recording time.

Canon has taken several steps to manage the potential for overheating, including:

In regard to the installation of a fan: The decision not to install a fan within the body was made in order to maintain the EOS R5’s compact size, lightweight construction, and weather resistance.

Before recording starts, the EOS R5 and EOS R6 display an estimate of the recordable time based on the current camera temperature and the set recording mode.

Canon has published and included below the approximate recording and estimated recovery times for 23°C / 73°F environments and ensures that the camera will warn users when it is getting too hot. Additionally, tips to reduce overheating as well as recovering time are listed below.

How can you reduce heat buildup in the EOS R5?

How long will it take for the camera to recover?

Estimated camera recovery times are indicated below. The time until full record time is available will vary with ambient temperature, continued camera operation, and the selected shooting resolution.

What about the EOS R6?

Like the EOS R5, the EOS R6 offers powerful movie recording and stills capabilities within a compact body design. At the highest frame rates and resolutions, heat is inevitably generated. We believe the EOS R6 offers the best in class performance, especially for enthusiast photographers and video content creators.

I think it is important that Canon openly talks about this and issues a statement like this even before they actually ship these cameras. Technological innovations always come with challenges and sometimes limitations. Don’t forget that 8K RAW footage from the EOS R5 has a bitrate of roughly 2600Mbps. 20 minutes of 8K RAW footage will, therefore, fill almost 400GB on your memory card. For longer clips, you could always go with the 8K All-Intra or 8K IPB codec to save some space, but the overheating limit stays the same as with RAW.

What do you think about the Canon EOS R5 and EOS R6 cameras? Are the recording limits connected with overheating a deal-breaker for you? Let us know in the comment section below the article.