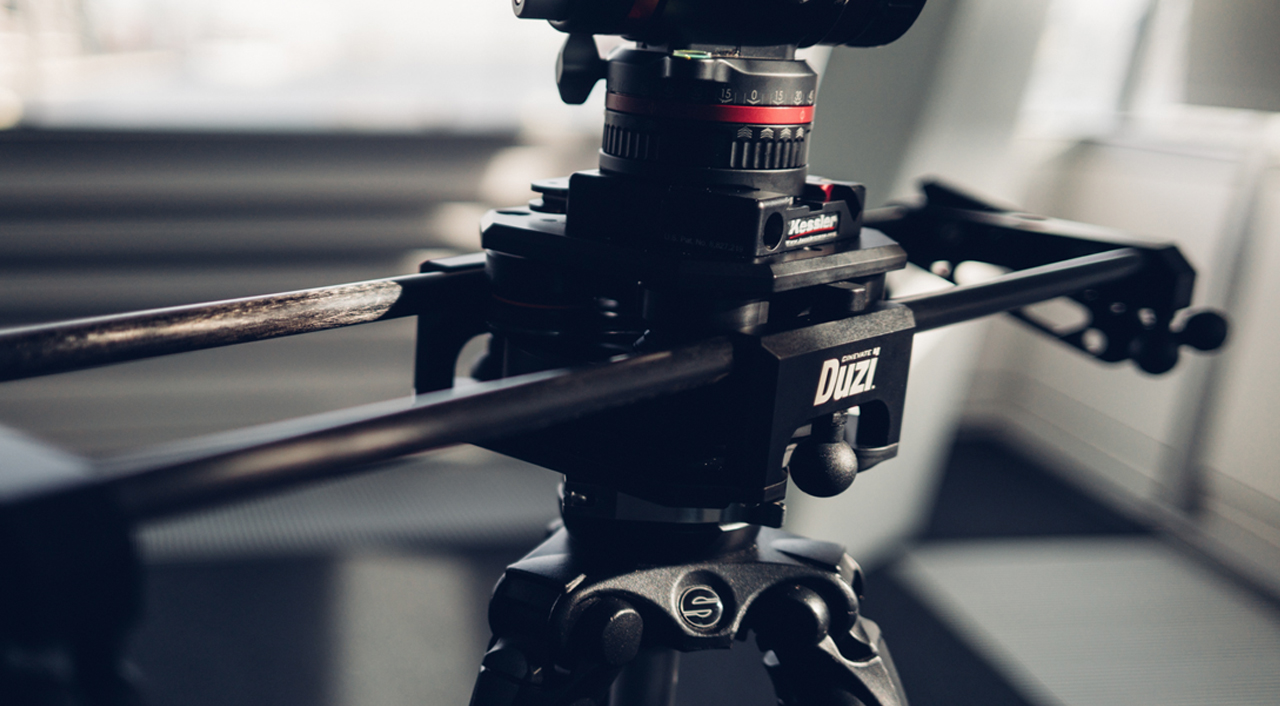 A couple of weeks ago, Cinevate released the Duzi 4, the Canadian-based company’s latest answer to lightweight, compact camera sliders. I’ve been using one for the last few weeks, and here’s my Duzi 4 review.

I’ve had a good relationship with Cinevate over the years, having been fortunate enough to try out pretty much every slider they’ve made.

It’s neither coincidence nor a biased opinion that I rate their sliders; my position with them is very much the chicken over the egg in that scenario.

Having used a good chunk of different sliders on the market, I decided on the Cinevate FLT way-back-when as my compact single-tripod slider solution. It was my documented praise of a decent well-made product that had Cinevate sending me every model of Duzi Sliders to check out since. 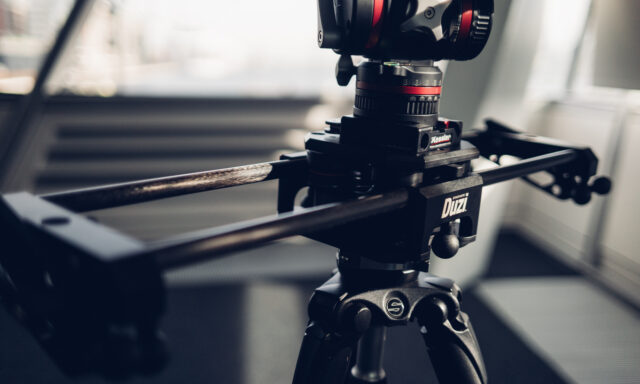 So here we have the Cinevate Duzi 4, featuring what is perhaps its most significant evolution: the inclusion of an integrated flywheel.

One of the main highlights of my Cinevate Hedron review was the optional flywheel feature; I felt this was the single best selling point of the system.

Hedron has its drawbacks however, as it’s a lot heavier and therefore less portable than the then current Duzi 3. Duzi 4 is a whole new product, however.

Duzi 4 comes in two lengths, 24” and 32”. I’ve been using the 24” version, as for me it’s the best length for a compact slider, and by compact slider I mean useable on one tripod/stand and flies without question.

I have a 32” Duzi 3 also and this is a little long for true compact use.

Duzi 4 is wider, adding further stability whilst accommodating the integrated flywheel. Making it wider does reduce 20lbs off the load capacity, but still at a hefty 100lbs, little is lost.

The Duzi 4 is heavier than the previous version at 6lbs (versus 4.23lbs) . 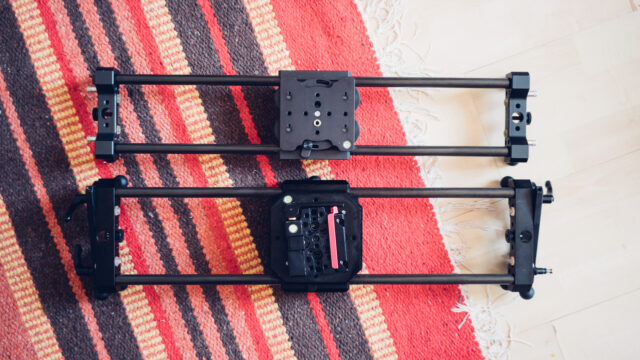 Without spending too much time comparing the new to the old, the main new features of the Duzi 4 are the integrated flywheel on the carriage, and the quick retractable all-terrain feet.

Duzi 3 (I’ll stop comparing them soon) was incredibly smooth: check out my review of the original system where I overload it with a front weighted camera setup. In some incidences it was almost too smooth, and human error could be seen on your footage when sliding slowly and on a long lens.

The flywheel helps attenuate that motion. I knew what to expect after using the Hedron flywheel, and the Duzi 4 is no different. It’s hard to get a non-smooth slide with it. In addition, it’s a belt-less design so requires no further setup. 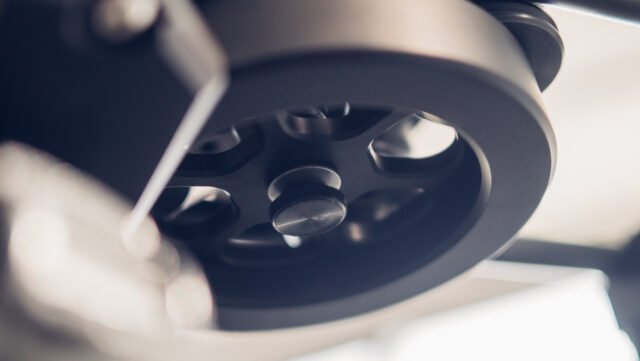 A flywheel is designed to gain momentum and move with your slide, smoothing out those bumps. It certainly does this, but takes some time to get used to, as poor operation of your slide can cause ‘kick back’ that can only be described as smooth wobbles.

Whilst I didn’t have time to do a full video review as with previous models, I did find 20 mins on a recent shoot to fire off some test footage.

Here’s a sequence I pieced together, mostly from out of the same room in an East London venue.

All footage is shot north of 100mm, using a slow slide just to show you the potential of the new flywheel (long lens slow slides are often a good test for a slider).

The all-terrain legs haven’t changed drastically in design, although their fixing to the end blocks have been tweaked so that you can switch quickly between active and stored mode.

The old all-terrain legs did fold down like this, but you had to unscrew the ratchet levers all the way and re-organize the legs slightly. I long gave up on my Duzi 3 all-terrain legs due to their fiddly nature. This new design, however, is a significant improvement.

The design could still be improved upon, though. A single press ratchet design like the Shape FS7 Extension Arm would be great and make them incredibly speedy. However, I appreciate the necessity to keep costs to a minimum, and this new design is probably as good as you can get with off-the-shelf Cinevate parts. 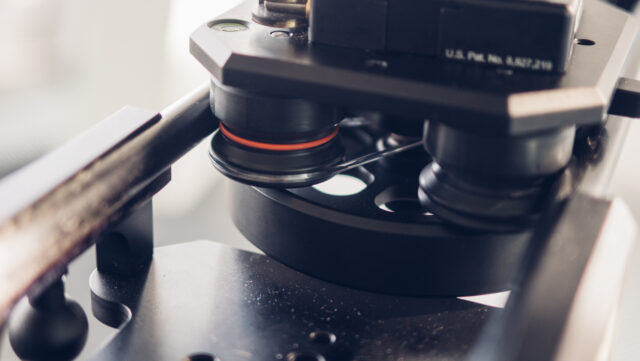 I think the flywheel is such a critical feature, that it makes the purchase 100% worthwhile, whether you’re looking to upgrade from the Duzi 3 or generally just looking for a new slider.

This plus the two lengths means for me that Duzi now competes in the lightweight compact and heavyweight sectors.

For larger setups, I’d always turn to my Hedron, a 32” Duzi 4 would make me rethink.

Having used their products for so long, it’s sometimes easy to talk about the improvements they’ve made, forgetting what makes the system great in the first place.

I’ll say it again: I’ve used Duzi sliders for years, and a great testament is that I’ve given them a chunk of abuse, throwing them in bags with other grip items, flown all over the world, literally climbed mountains with them.

They’ve always held up, and that is down to a well designed system, one that’s reliable over a long period of time. I’ve used other sliders in the past that have been great on the first few jobs, but fall apart over time leading you to look elsewhere.

One thing that’s helped their endurance is use of rubbers for each of the rails. This is the same rubber you find on the Hedron slider systems. I really think Cinevate should consider shipping all their Duzis with this, as it adds a lot of protection when travelling about. 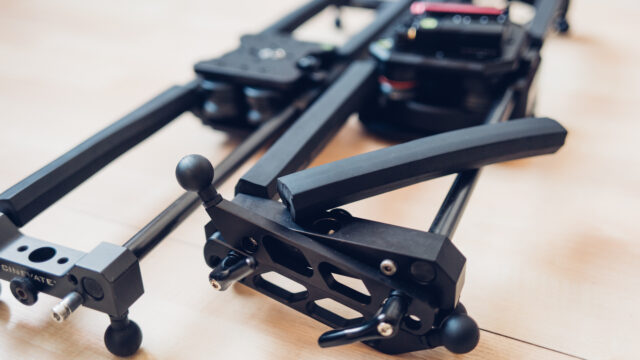 The Not So Great

The Achilles heel of the original Duzi was the lock: it was a faff beyond belief. Cinevate looked to address this in v3, with a completely new lock design. The Duzi 4 locking system hasn’t changed much. It’s certainly much, much better than the original, but still not great.

The Hedron and FLT have reliable locks that hold anywhere on the rail. The one found on the Duzi 4 has the same flexibility across the length, but doesn’t take a great deal of persuasion to come loose when using heavier setups. Take this into consideration when transporting it (the carriage has hit me in the head a few times carrying it).

As mentioned previously, the weight has increased on the Duzi 4. Whilst I wouldn’t consider it a big deal, I’ve noticed it having used the Duzi 3 in the past.

This is mostly down to the inclusion of the new flywheel, and is a welcome sacrifice as the feature is that good. But now that the system is this refined, I’d pay good money for a carbon fibre version! (But maybe that’s just me…). 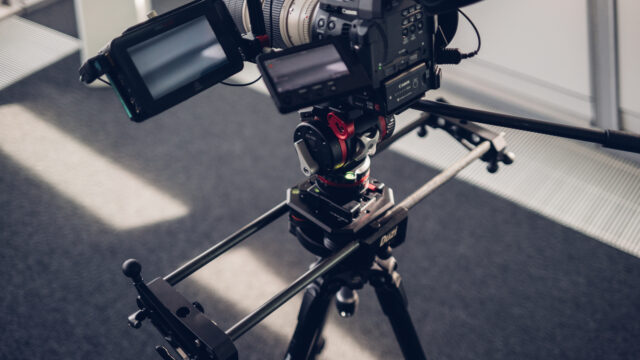 There’s a reason I’ve been using the Duzi for so long. It’s reliable, smooth and portable. Add the flywheel to that mix and you really have a strong product. I’m yet to find another system out there that challenges Duzi in it’s functional performance as a portable slider.

For people looking to upgrade from the 3? Yes, it’s worth it.
If you’re after a smooth, reliable, portable slider system and are not concerned about having complex motion control expansion, look no further.