The  Core SWX Powerbase EDGE battery is an external power solution for many mirrorless cameras out there, perfect to use when away from your home base. It can last you many hours – if not a full day! Though it makes your footprint with the camera a bit bigger, it is also more powerful and reliable. 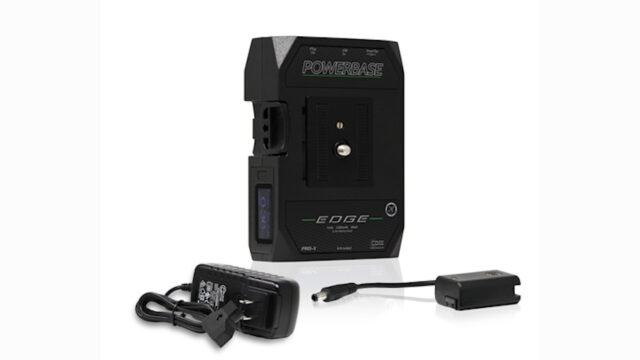 Last October, I was invited by Indian royal family members (Baljeet and Yaduveer Singh) to come to Rajasthan, India, and work on a documentary about the area. What really struck me there, is the fact that potentially life threatening animals – wild leopards – live together in peace with the local population. On their nightly strolls through the dusty villages, the leopards sometimes pick up livestock (goats and dogs) – but the people there tolerate it, due to a spiritual belief that leopards are protectors of the many temples which dot the age-old hills.

That has led to a unique situation that has helped to conserve the wildlife ecosystem and has also inspired a lot of self confidence in the leopards – they tolerate visitors, who try to take a peek from near distances. My full documentary can be watched by clicking here. 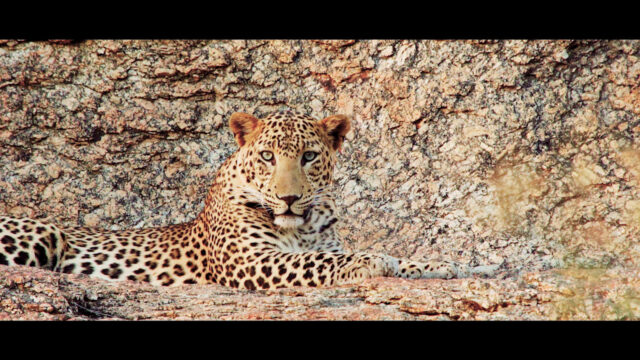 Stills taken from my timeline

OK, I’m going to India, What Next?

Now, as excited as I got about this opportunity, I also started to scratch my head around the gear that I was about to take along with me. As usual, I opted to stay as light as possible – also because domestic Indian flights only allow you to take up to 15kg of luggage with you.

Hence, I went for following gear:

No tripod, just a rice bag to support the camera. My thoughts went along these lines: for the documentary part, a zoom would be nice, hence the SIGMA 18-35mm would sit on the Sony a7 III in APS-C 4K mode. That would give me roughly a 27 – 53mm full frame equivalent. Then, on the second Sony a7S II in full frame 4K, I would have the 17mm for ultra-wide shots and the 85mm and 135mm prime lenses for longer length tele shots for the documentary part. During the jeep safaris, for the off-road driving shots, I would need a gimbal. For reasons of weight and quick availability that meant the GoPro & Karma Grip, plus the drone for aerials. For the wildlife part, I had the SIGMA 50-500mm and the Canon EF 500mm f4 prime. 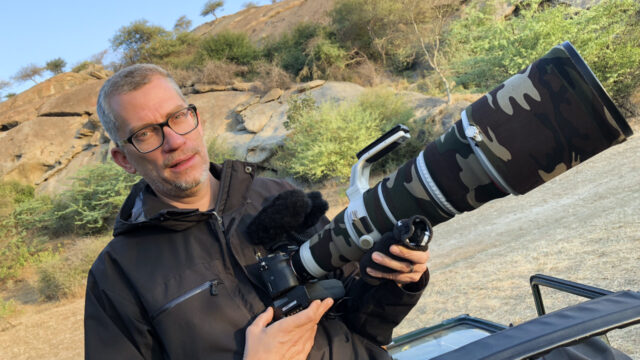 Me, my Sony a7S II with a monsterCanon EF 500mm lens. Oh, the Core SWX Powerbase EDGE is there too.

In the Field – Camera Powering Limitations

As wildlife tends to reveal itself at dusk or dawn in high ISO lowlight conditions, that Canon 500mm f4 was absolutely amazing to have – I am glad that my friend Parag Aklujkar managed to borrow it from his Indian community of wildlife photographers.

My biggest concern was battery life, as I had 2 standard batteries for the Sony a7S II and only one for the a7 III. I knew that the day would be starting very early with the morning safari, then I was going to shoot  documentary-style during the day and come back to shooting wildlife in the evening. Therefore: no time to charge my batteries in between.

Shooting wildlife means waiting for hours, until suddenly the leopards come out of their caves – a moment you don’t want to miss, meaning you have to keep your camera turned on whilst waiting, to be able to start recording quickly – quite a battery-hungry endeavour. Therefore, Johnnie and Nino suggested taking along the Core SWX Powerbase EDGE battery. 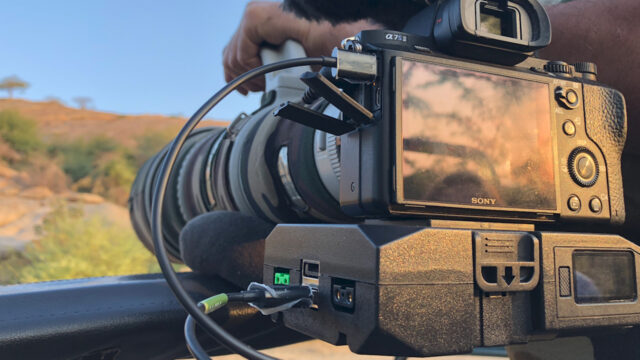 The Core SWX Powerbase EDGE solution allowed me to film for about 6 hours on my Sony a7S II – more than enough to get me through the day! I was using a USB cable to power the camera, which has the advantage of the 3300mAh adding up to the 1020mAh of the internal NP-FW50 battery, but you can also purchase a camera specific dummy battery for a more seamless setup.

It also has D-tap or V-lock connections available, plus a little LCD screen with a button-activated backlight showing you the remaining runtime – a very neat feature.

Surprisingly, it is very lightweight, and also safe to take along in airplanes (within the hand luggage) – there is a little sticker on it explaining the facts. That sticker came in handy when I stumbled upon a rather narrow-minded officer at the Delhi airport security screening – he let me tear apart everything, ignoring my ramblings about my intentions to film the beauty of Indian wildlife – yet, he acknowledged the sticker and let me pass without further questions…

The Core SWX Powerbase EDGE mounts to your camera via a detachable baseplate offering a ¼ -20 inch screw. At a price of 279 USD, it is quite cost-effective – when compared to the 349USD Sony VGC2EM battery grip (which holds 2 NP-FW50 batteries, which you would have to buy for 54USD each, separately), while only doubling your runtime.

All in all, I can heartily recommend the Core SWX Powerbase EDGE battery – it does what it is supposed to do, and combines a number of neat features to make your life easier, at a very affordable price.

You can find all of the various Core SWX Powerbase products with a dummy battery that fits your camera by clicking here (For B&H) and here (For CVP).

What are your power solutions when out in the field or when filming wildlife? I would be happy to learn about your setup, so please comment in the section below!