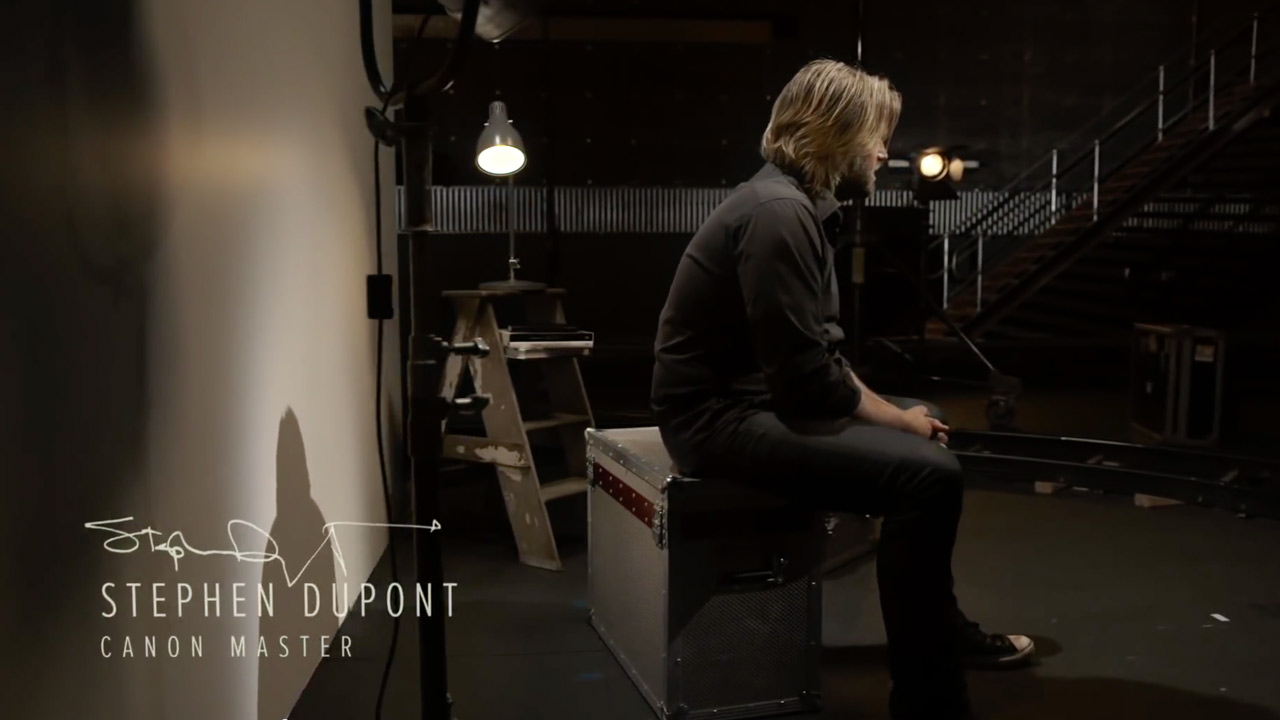 Late last year Canon Australia started a photography competition, the Canon Light Awards. They challenged photographers to come up with creative ideas, each month inspired by other photographer’s examples.
The promo video itself (see above) is a very creative approach at interviewing a photographer and looking at the story “behind the image”.

We don’t do many stories on creative filmmaking at cinema5D, but this promo caught my eye as it shows in a beautiful way what motion can do for a shot in terms of storytelling. Filmmaker Christopher Ireland from The Pool Collective directed three promo’s for Canon that add the depth of the photographer’s perspective to their images through an intriguing 360 degree setup. But it wasn’t the creative 360 degree approach that makes these videos work stand it out, it’s the fact that this movement tells a story.

Videographers are increasingly using sliders and drones to add motion to shots or even interviews. At cinema5D we have lost track over the many many devices that have bombarded the market in recent years. The latest technology in filmmaking seems to be all about “motion”, but rarely these tools are used to actually add depth to a story, they are in most cases just an “effect”.

Back in film school we learned that simply adding an “effect” such as tracking or dollying shots is actually very “uneffective” if they don’t also tell story. However if a technique is used in a purposeful way it can add strong depth and embed a message into your shots. This added dimension in filmmaking is increasingly lost and forgotten.

The Canon Light Awards videos are a nice example of using motion to tell a story. It’s the “look behind the image” in the form of a video sequence.
Check out the behind the scenes video that was published today. Who can spot the camera the videos were shot on?

What do you think about adding “motion” to your shots as an effect vs. telling a story? Let us know your perspective in the comments.