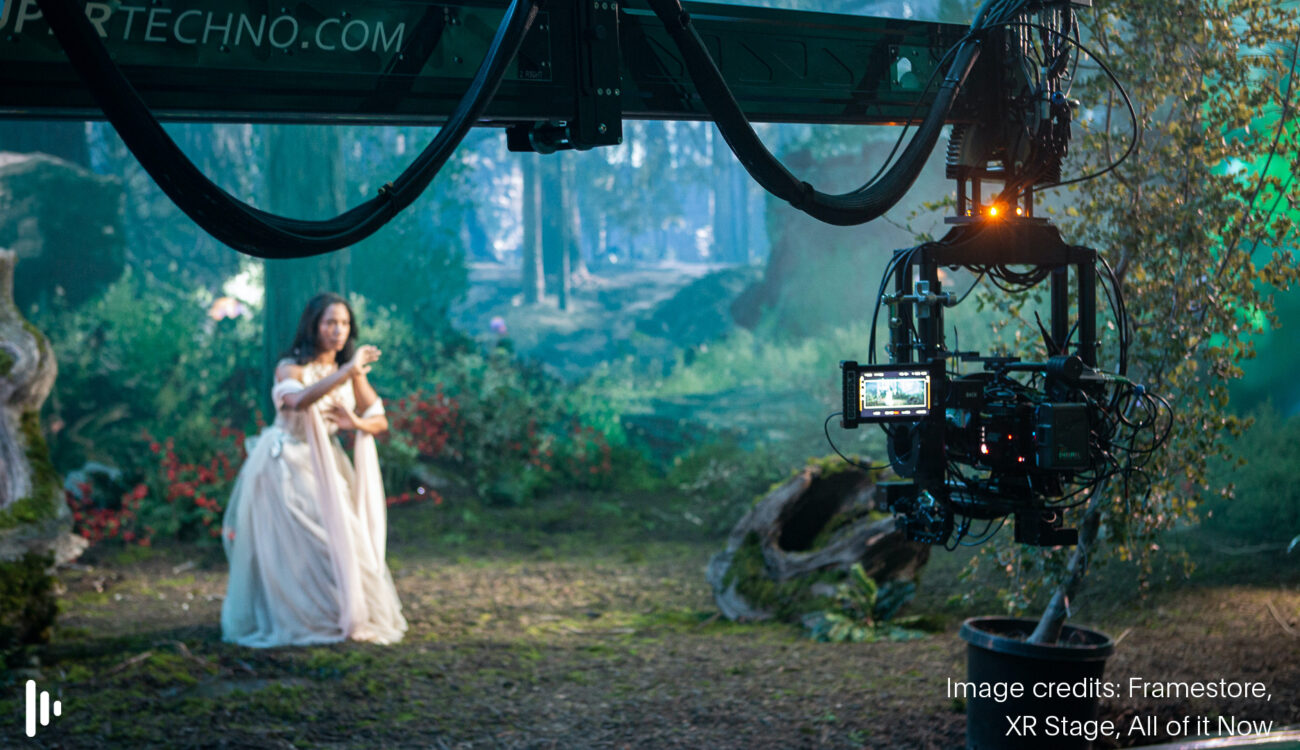 After three years of development, the disguise team have brought their extended reality platform to the public. Could this replace green screens for good?

Even before this launch, disguise’s tech was used on some pretty cool projects, including Solo: A Star Wars Story and Katy Perry’s performance in the American Idol.

Now, version r18 has brought the company’s xR platform to the public for the first time – just one month after announcing an investment from The Carlyle Group and Epic Games.

r18 integrates with leading LED, real-time content, and camera tracking technologies to blur the boundaries between production and post.

This means everyone on set can experience a real-time version of the final shot (without a green screen in sight), and DPs get to capture it all directly in-camera.

The way this works is that xR ensures game engine-driven content is accurately distributed across multiple physical LED walls on set, even if they’re at different angles, so that dynamic backdrops always look natural even with moving camera perspectives.

Then, if the camera shot is wider than the physical LED volume, disguise’s tech allows you to build perfectly matched digital set extensions too.

According to the announcement on disguise’s website, features in r18 include:

“We wanted to provide users with the bandwidth to create bigger, more immersive high-end experiences in r18, without sacrificing on the cost-effective efficiencies that virtual production workflows are known for.

“That’s why we worked together with partners and customers to ensure industry-standard ACES colour management and DirectX12 ray tracing were all implemented and working smoothly as standard in r18.”

“Upgraded AR capabilities have also been added to r18, allowing front and back plates to merge as part of a cohesive whole.

“That means you can use baked lighting or ambient occlusion in Unreal, and both your AR and backplate will respect it. You don’t have to treat plates as separate cameras and try to sync them anymore: they’re all synced from a single camera viewpoint. This makes it much easier to get your AR and backplate lining up accurately.”

“We also introduced accelerated geometric and colour calibration with this release, taking processes that used to involve up to several hours of work – dependent on how many panels you were calibrating – and speeding them up to just seconds.”

“Cluster rendering is the beginning of the evolution of the work we have done so far. The endless possibility of scaling an environment through this technology allows us to focus on the details of the set without compromise. It’s also the ultimate tool for customers ‘and artists’ creativity without having to compromise with a single graphics GPU. This is the perfect solution for cinema and big productions where big scale LED is standard.”

What do you think of disguise’s new r18 announcement? Let us know in the comments below.