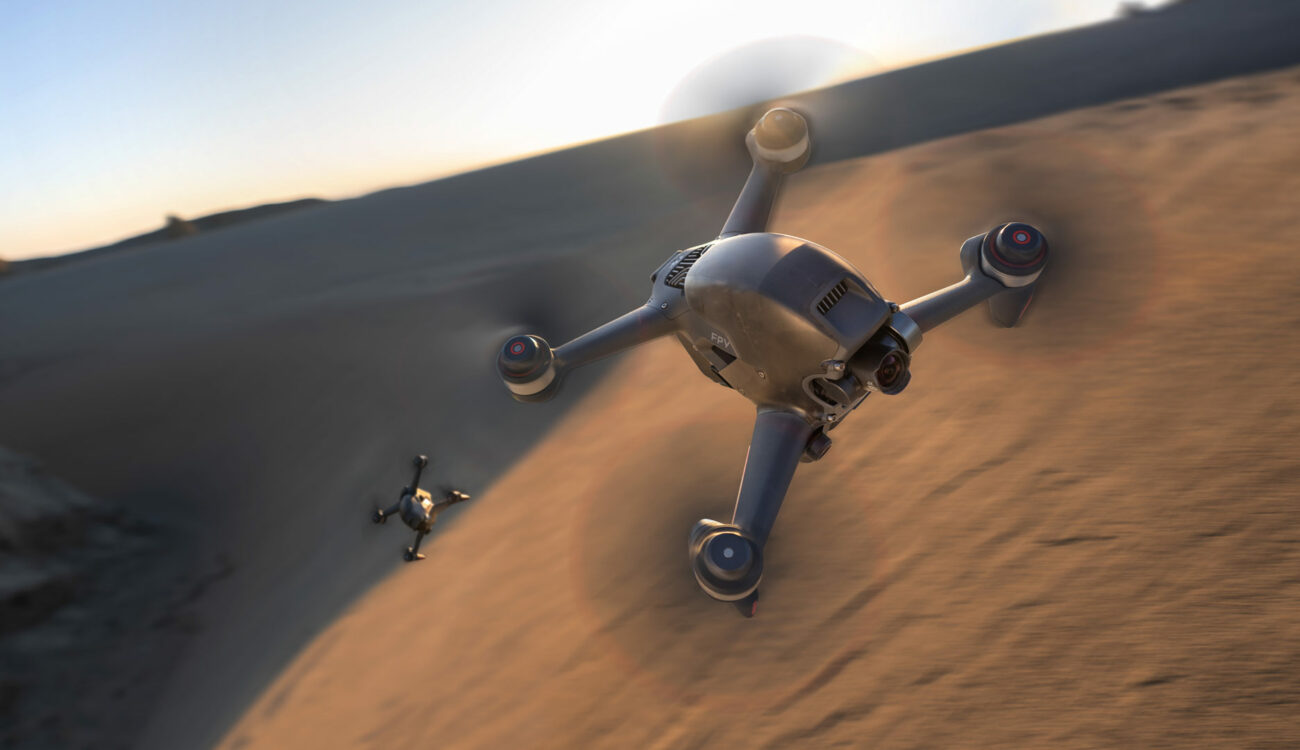 DJI FPV is the company’s first FPV drone system. It offers three flight modes for different skill levels, a variety of optional safety features, and a new optional motion controller. Thanks to OcySync 3, the FPV Goggles can receive low-latency, high-framerate HD feed. The camera can capture video in up to 4K 60fps or 1080p 120fps. The drone offers up to 20 minutes of flight time per battery and it is available now starting at $1,299. My colleague Nino spent some time with the DJI FPV, so make sure to check his review in a separate article.

The Chinese tech company DJI was founded in 2006. With its strong focus on drones, the company has been dominating the consumer drones’ market segment with the Phantom and Mavic lines for the past few years. That being said, one of the segments remained unexplored by DJI up – until now: the FPV drones. If you are not familiar with this term – FPV (First Person View) is the type of flying where the pilot sees in goggles exactly what the drone sees in a front-facing camera. In a way, it is similar to piloting a real plane.

FPV drones have been usually connected with racing only. Lately, FPV flying has been quite significantly gaining popularity among filmmakers as it offers a different perspective and possibilities for filming. What was anticipated by many drone operators for a while, has really happened now: DJI entered the FPV drones market. Let’s take a look at the features and specs of the newly announced DJI FPV drone.

Up until now, DJI only offered the image transmission system with goggles for FPV pilots. With the arrival of DJI FPV, the company offers the whole package. The DJI FPV ecosystem includes the drone, goggles, a dedicated remote controller, and also a new intuitive (optional) motion controller that can steer the drone based on the movements of the hand. With its high-performance racing motors, the DJI FPV drone can reach a maximum speed of 140 kph (87 mph) and a maximum acceleration of 0-100 kph (0-62 mph) in two seconds.

The FPV monitoring system is based on O3 – the third generation of DJI’s OcySync technology. Its maximum transmission range is 10km (unobstructed, free of interference, and FCC-compliant – in the USA) or 6km (for CE-compliant in Europe). Thanks to auto-switching dual-frequencies, a high bitrate of 50 Mpbs, and anti-interference features, the DJI FPV should provide a reliable, low-latency HD feed for the DJI FPV Goggles V2. There are several viewing options for the FPV pilots:

The drone’s camera is placed on a single-axis gimbal that provides stability during maneuvers while rotating vertically for unique angles. It uses 1/2.3″ CMOS sensor with an ultra-wide-angle lens with a 149.4° FOV (14.66mm full-frame focal length equivalent). It can capture up to 4K 60fps video with a 120 Mbps bitrate with the assistance of RockSteady electronic image stabilization. Slow-motion is available in 1080p up to 120fps.

Users can select between H.264 and H.265 compression and between two color profiles – Standard and D-Cinelike. DJI will also supply a distortion correction software, that can remove the fish-eye look common in FPV footage. The drone supports MicroSD memory cards up to 256GB.

Talking of the drone’s body, the takeoff weight is approximately 795g and its dimensions are 255×312×127 mm (with propellers) or 178×232×127 mm (without propellers). DJI states the maximum flight time of 20 minutes (measured while flying at 40 kph in windless conditions) and a maximum hover time of 16 minutes (in windless conditions). The DJI FPV utilizes safety features such as:

The DJI FPV uses the latest version of the DJI Fly app which is available for both iOS and Android devices free of charge. The app now includes detailed tutorials on how to operate the FPV drone. DJI Virtual Flight App is a newly developed free simulator app that can be used to train the FPV flying virtually without the risk of crashing the drone. It is currently only available for iOS. DJI claims the support for Android devices comes later this year.

Please keep in mind, that in many jurisdictions, drone pilots flying with FPV goggles must be accompanied by a visual observer to watch for airspace hazards. DJI encourages all pilots to always fly safely and responsibly, and be sure to understand and follow the legal requirements for flight.

Are you flying FPV drones or do you want to start? What do you think about the DJI FPV drone? Let us know in the comments section underneath the article.