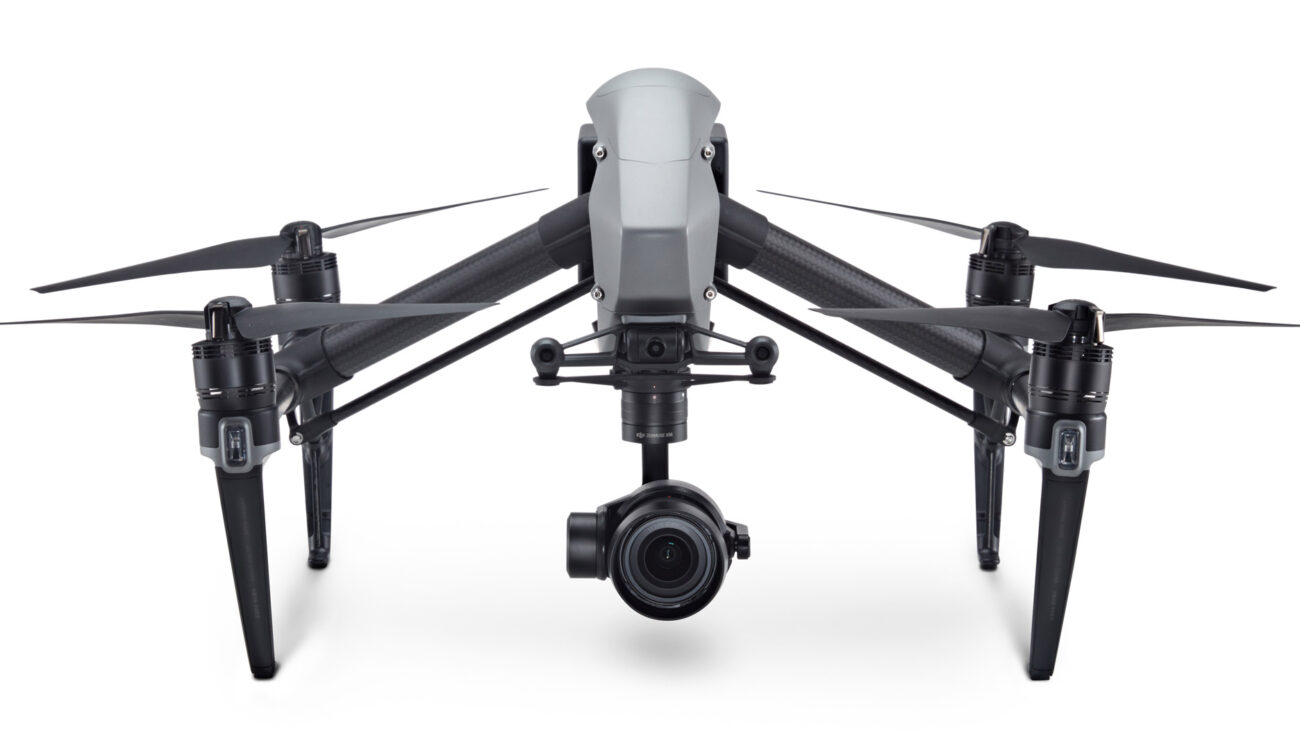 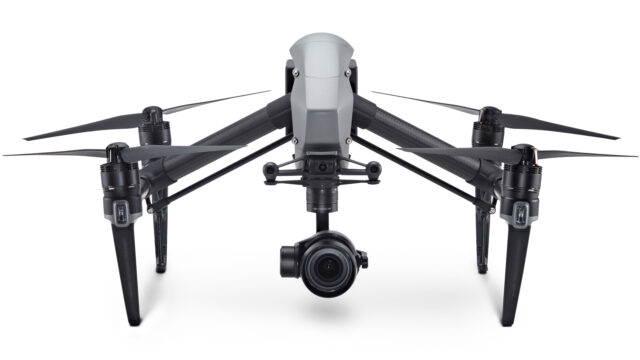 DJI just unveiled the most impressive drone we’ve ever seen. The new DJI Inspire 2 is packed with features like a 5K RAW camera, obstacle avoidance, redundant batteries / IMU and Apple ProRes. This drone’s intriguing features take aerial cinematography to the next level at an unbeatable price tag.

I have worked with several drones in the last year and have started to specialize in drone cinematography. Having worked a lot with the DJI inspire 1 (see my mastering drone footage tutorial here), and especially with the X5R RAW version, I have a very clear idea of what the new DJI Inspire 2 promises and how it might hold up in the field. 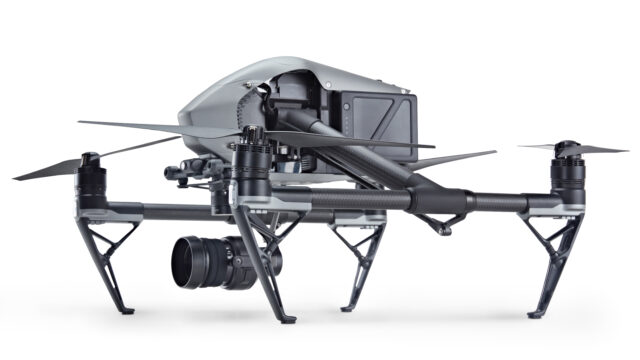 This is not just any new drone announcement. The DJI Inspire 2 will actually turn a lot of heads and probably start a little revolution just like the DJI inspire 1 did.

The new DJI Inspire 2 flies at a maximum speed of  93 km/h [UPDATE: DJI has changed the specs in order to make the camera more stable]. That is almost twice the 65 km/h speed of the former Inspire 1. The faster speed will allow filmmakers to follow fast moving objects like cars on a motorway more easily, and add more depth to shots filmed at higher altitudes. 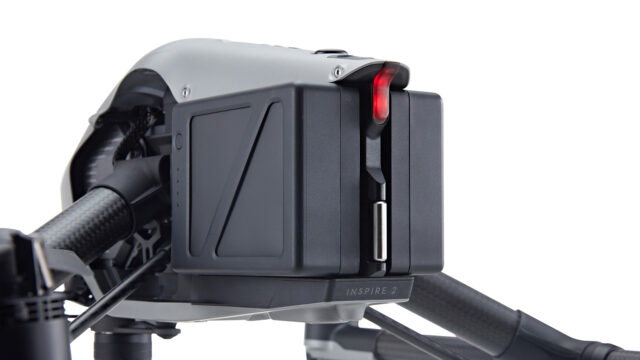 The new battery system promises 27 minutes of flying time, or double the airtime in comparison to the Inspire 1. On top of that, DJI has added battery redundancy to the Inspire 2, meaning that if one battery fails for some reason, then the other can take the drone home. This is a big thing, not only for safety, but also because it will make getting a license for this drone possible in some countries where such constraints are in place.

Addressing the issue where cold batteries cause a reduction in flying time, there is now a self-warming battery system built into the DJI Inspire 2 to keep batteries at optimal temperatures even when you fly at -20° Celsius. 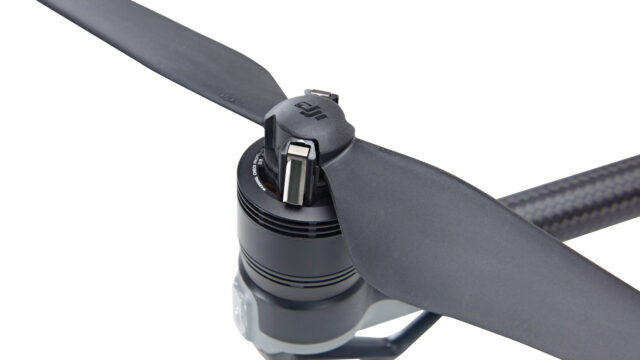 Besides a much faster navigation and acceleration, optional special propellers will allow the DJI Inspire 2 to reach a maximum altitude of 5km above sea level where the air is much thinner.

DJI have added a second camera to the front of the DJI Inspire 2. This way, the drone navigator can always look forward, no matter how the camera operator orients the main cinema camera attached to the drone. 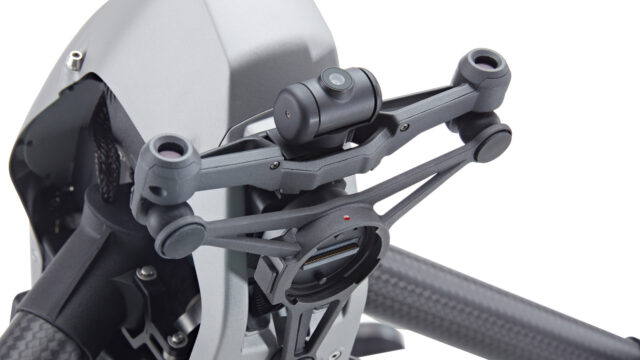 The Inspire 2 has redundant sensors on the front, bottom and top for obstacle avoidance and precise navigation indoors, including infrared positioning sensors.

The Zenmuse X3 camera that came with the DJI inspire 1 was very basic and had similar image quality like the DJI Mavic, or a 4K smartphone. We compared the quality of different Zenmuse cameras in a review earlier this year. The DJI Inspire 2 comes with a completely new generation of cameras, with both of them shooting at a resolution of 5.2K but featuring different sensor types. 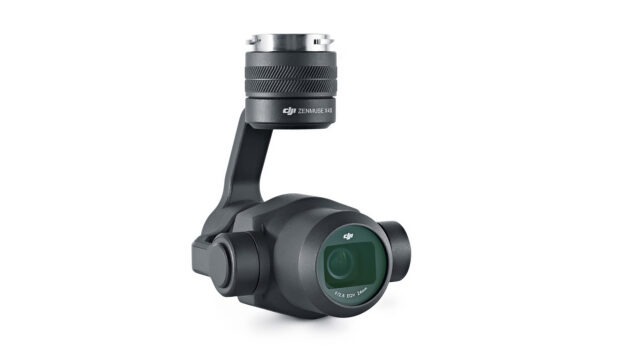 The Zenmuse X4S is the standard camera attached to the drone. It has a 1-inch sensor and a resolution of 20 megapixels with a claimed 11.6 stops of dynamic range and a FOV equivalent to a 24mm lens. 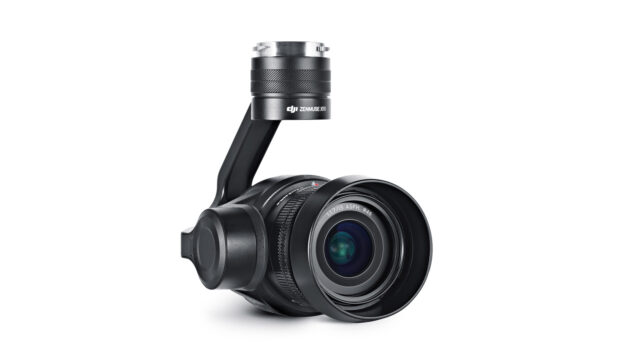 The Zenmuse X5S is an optional add-on. It has a Micro Four Thirds sensor with 20.8 megapixels and a claimed dynamic range of 12.8 stops. The Zenmuse X5S supports 10 different lenses.

In the future, there will be a DJI Osmo handheld device that these cameras will be compatible with, to be used on the ground. It looks like the Zenmuse X5S could replace your traditional cinema camera: in our Zenmuse X5R article we looked at the X5R in comparison to professional cinema cameras on the market and could see that the X5R is a very impressive camera especially considering its size. If the Zenmuse X5S is only a little bit better than the previous generation, it will already be quite impressive. I can imagine an advanced version of the DJI Osmo could turn this camera into a serious professional tool. 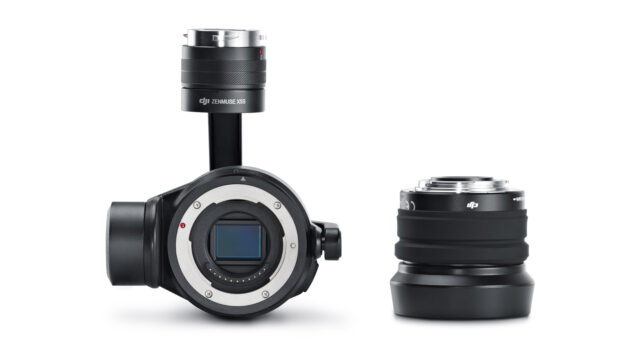 The DJI Inspire 2 has a new video transmitting system that lets you stream a video feed to your remote at up to 1080i50 instead of 720p, as well as 720p footage up to 60 fps for live streams and remote viewing.

This feels like writing a wishlist for a perfect camera, not like an actual product. But as I’ve personally seen this drone in real life, I know this is not a joke. Yes, this camera drone gives you not only RAW via Adobe cinemaDNG (at 4.2 Gbit/s), but also Apple ProRes 422 HQ, ProRes 4444 XQ, H.264 and H.265.

Apparently the ProRes and RAW codecs are only unlocked when using the Zenmuse X5S camera. The framerate in 4K goes up to 60p for RAW and when recording 4K video in H.264 and H.265, the bitrate goes up to 100Mbps. 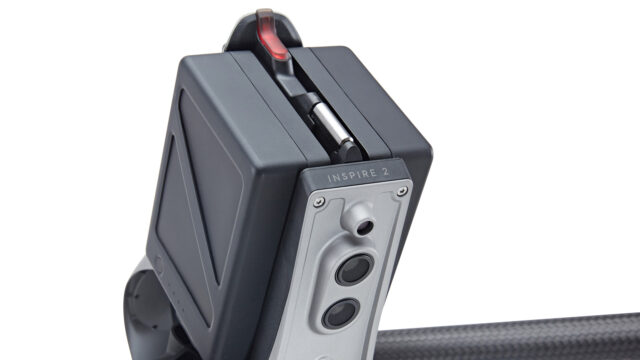 A new image processing system called CineCore 2.0 is integrated into the drone and helps organize and store your data right inside the drone body instead of the camera like on the DJI inspire 1. The high quality codec formats are achieved by using new CINESSD SSD drives.

DJI is also introducing a dedicated high brightness IPS-Monitor called DJI Crystalsky. The screen comes in 5.5 inch and 7.85 inch sizes with a maximum brightness of 1000 cd/m2 and 2000 cd/m2. The dedicated system additionally reduces the latency when in use with the DJI Inspire 2. The screen also includes 2 SD card slots that can record proxies and can be used in temperatures between -20° and +40° Celsius.

The DJI Inspire 2 will add more intelligent flight modes to an already impressive system. This will allow you to fixate objects with the camera while flying the drone freely, or use TapFly that positions your drone wherever you point your finger on the screen, while avoiding obstacles during autonomous flight. 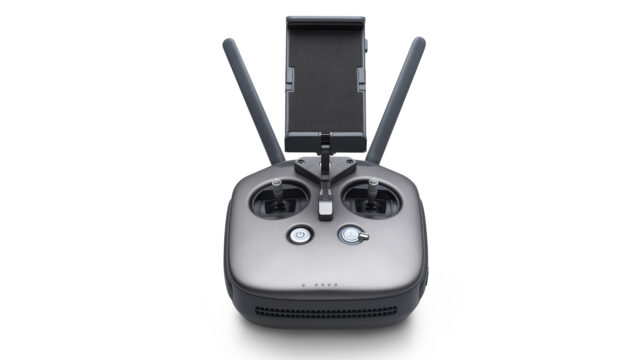 ActiveTrack recognizes common objects like humans, animals or cars, allowing you to follow them or circle them and avoid obstacles during flight.

DJI Inspire 2 – Ready to Take to the Air

This is the most impressive camera announcement I have witnessed and it will surely stir up both the drone and camera market. If you happen to be in either of those, you better jump on board or be left behind. Seriously, this drone makes any current professional drone obsolete and in the near future a professional DJI Osmo could very well make many handheld gimbals unnecessary. In this article you can read why I think the Inspire 1 RAW was a great alternative to any larger professional drone platform and today marks the time when compact professional drones are taken to the next level.

The DJI Inspire 2 retails for just $2,999 (Without the camera). It is available for pre-order now and orders will ship by the beginning of next year. That’s crazy considering what you get. The X4S camera is $600 extra. If you want to get the micro four thirds camera, the Zenmuse X5S costs more. The “Inspire 2 Premium Combo”, which includes one Inspire 2, Zenmuse X5S, CinemaDNG and Apple ProRes License Key, is available for $5,999 until the end of the year.

What do you think about the DJI Inspire 2?