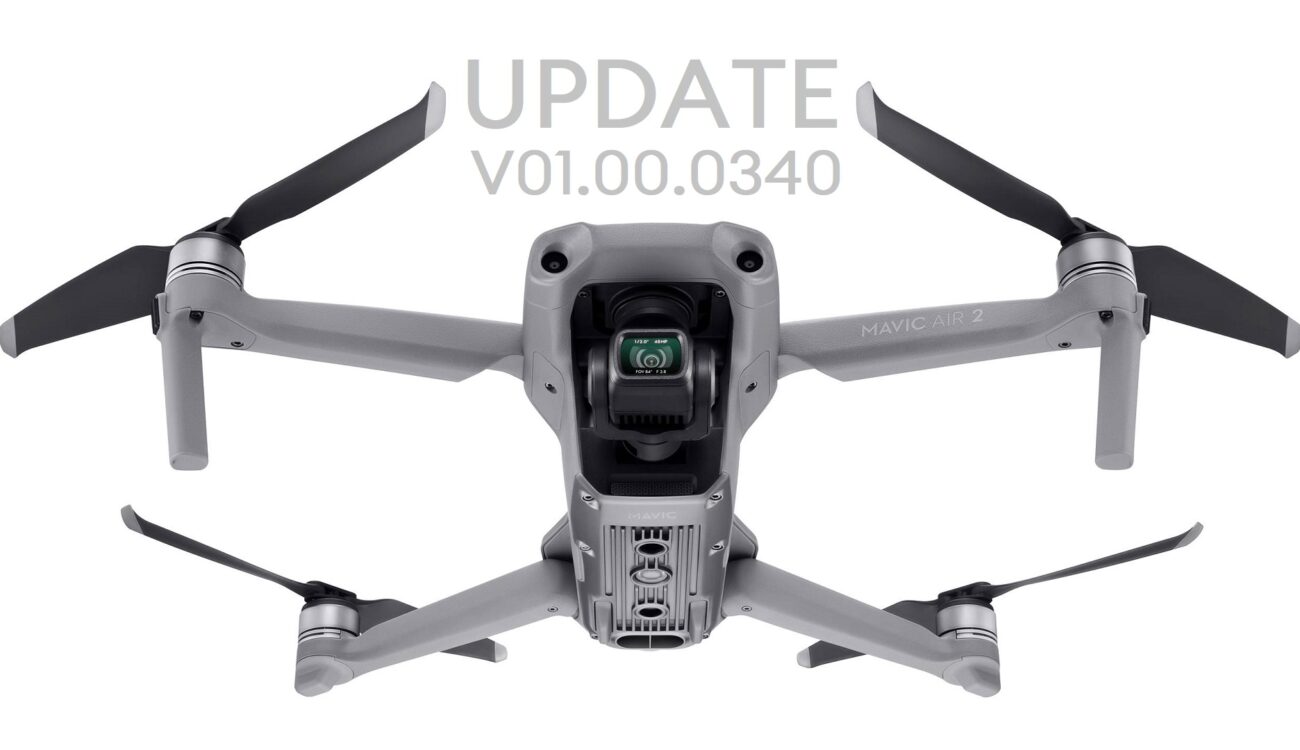 New free firmware update version 01.00.0340 for the DJI Mavic Air 2 drone has been released. It adds Digital Zoom, Safety Flight Mode, 4K resolution in hyperlapse, and it optimizes other features and modes.

DJI announced the new Mavic Air 2 drone at the end of April 2020. Although it does not offer a large 1-inch sensor or 10-bit recording mode, it beats the larger Mavic 2 Pro in many ways.

The new Mavic Air 2 is smaller and lighter (although it is heavier than the original Mavic Air), it offers longer flight time per battery, higher resolution for stills, and most importantly it offers higher framerates, like for example 4K60p or Full HD 240p. Make sure to check Nino’s DJI Mavic Air 2 Review & First Impressions.

The new firmware version 01.00.0340 updates both the remote controller as well as the aircraft. Together with the update, DJI released a new version 1.1.6 of the Fly App that is available both for iOS and Android.

The full list of new features and improvements as published by DJI:

If you never updated the Mavic and you are not sure how to do it, DJI created a Youtube tutorial of the whole update process. Additionally, DJI states, that if the update fails, you need to restart aircraft, remote controller, and DJI Fly or DJI Assistant 2 for Mavic, and retry.

I am personally curious about the image quality of the 4K digital zoom feature. Especially, if the drone offers better in-camera results than zooming-in later in the post-production.

Do you fly with the Mavic Air 2? Did you already test any of the new features? What is your opinion on this recent update? Let us know your thoughts in the comments section underneath the article.