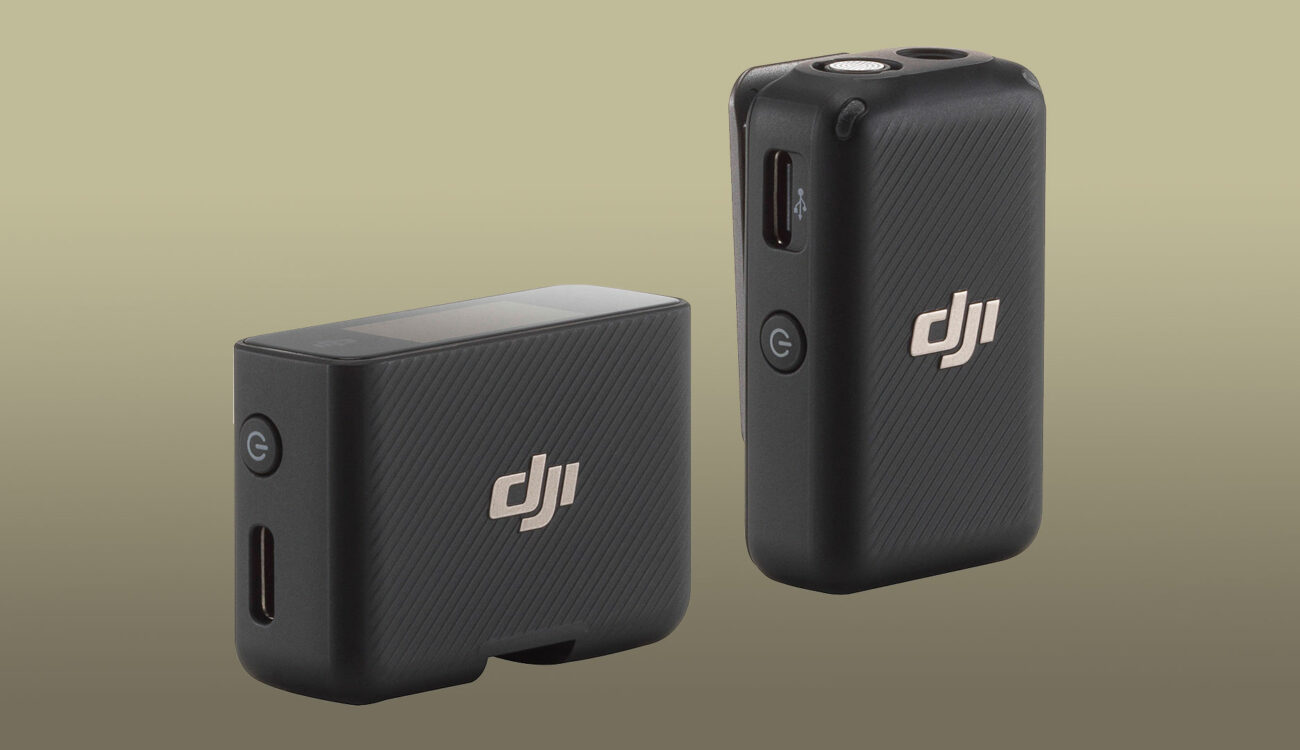 DJI Mic recently got a new firmware update that adds an auto power-off feature and new LED settings for the transmitter. Secondly, DJI Mic is now also available in a budget set with only one transmitter and without the charging case for $219.

Announced back in November 2021, DJI Mic has already been around for more than a year. With its friendly price tag and interesting list of features, it quickly became one of the most popular dual audio wireless systems in its price category. DJI recently released a new firmware update for the system that adds some features and fixes others. Additionally, the company newly offers a budget DJI Mic set with only one transmitter. Let’s take a look at the details.

Please keep in mind that when the firmware is updated, the settings of DJI Mic will be restored to default. If the firmware fails to update, restart the transmitter and receiver and try again. Contact DJI Support if the firmware update fails again.

The original DJI Mic set that has been available for over a year includes one receiver (RX) unit, two transmitters (TX), a charging case and some accessories. A few days ago, the Chinese company also added a new budget set that comes at a lower price while leaving out some components.

So as you can see, compared to the original set, the second transmitter, as well as the charging case, are missing in this budget set. You still get all the accessories such as adapters for phone mounting, cables, etc. Instead of the case, you only get a pouch to put all the stuff in.

Despite only having one TX unit, the budget set includes all the functionality of the DJI Mic including audio recording straight to the transmitter, all the settings on the receiver, compatibility with different devices, 3.5mm lav mic input on the TX, and so on.

Do you use DJI Mic or another affordable wireless audio set? What do you think about the new DJI Mic budget set? Let us know in the comments section underneath the article.