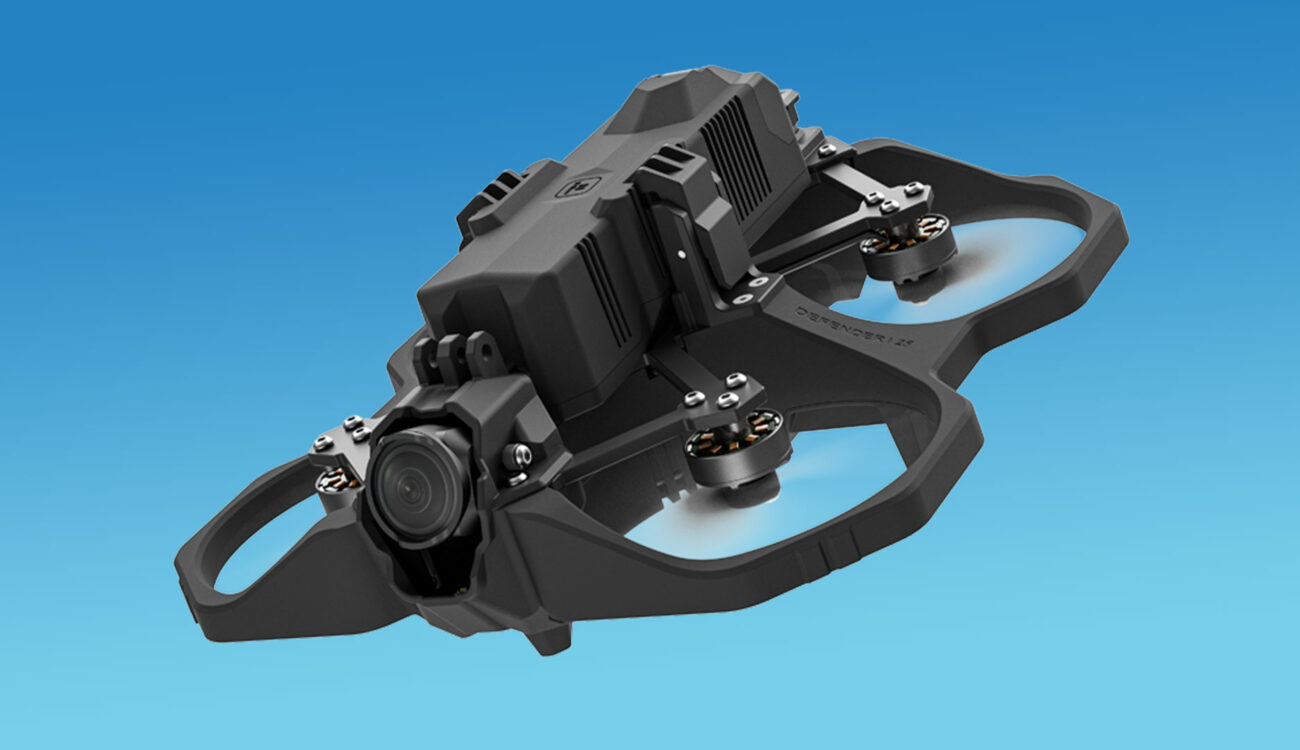 Chinese drone manufacturer iFlight has launched some really popular FPV quads over the last few years – for instance, the ProTek series of Cinewhoop drones with prop guards or the Nazgul Freestyle Quadcopter series. Recently, the company launched a new lightweight Cinewhoop FPV drone which is slightly different from what iFlight previously offered. Let’s take a look at the new Defender 25.

As its name already implies, the iFlight Defender 25 sports 2.5″ propellers. These propellers are protected by prop guards which are suitable for indoor flying, flying around people, and generally practicing as the props will not get destroyed when crashing. The frame also includes short feet to help with taking off in grass, for example.

The iFlight Defender 25 actually looks fairly similar to the DJI Avata. Perhaps the most notable difference between these two drones is the minimum take-off weight (and flight time). With its 410g, the Avata is slightly heavier than the sub-249g Defender. I have to add here that the drone only reaches this weight with the smaller battery (without the battery inserted, the drone weighs 180g). There are two batteries available for the Defender 25:

Speaking about the batteries, instead of using standard LiPos fixed with battery straps, the drone features custom 4S batteries with a plastic enclosure and a new quick-release mechanism. The batteries connect using an XT30 plug with an anti-spark filter. The plastic enclosure is there to fit with the drone’s design and provide impact protection in case of crashing. Inside, there is a LiPo battery with a discharge rate of 60C.

The camera used in the Defender 25 is the new DJI O3 Air Unit which was announced in November 2022. On top of sending a low latency 1080p 120fps signal to the DJI goggles, the O3 Air Unit can also capture up to 4K 60 fps video in the flat D-Cinelike color profile and save it on the built-in 20GB storage. The FOV of the lens is 155°.

The good thing is that iFlight mounted the camera on a vibration-damped mount to isolate the motors and have smoother footage and better gyro data for in-post stabilization.

The iFlight Defender 25 has a turtle mode to flip itself after landing upside down. The drone also features a camera mount on the back, so carrying a naked GoPro or other lightweight cameras such as the Insta360 GO II or Caddx Peanut should be possible.

The dimensions of the iFlight Defender 25 are 158x155x69mm and there is a well-accessible USB-C port at the back to connect it to the computer. The company claims the drone can reach a maximum speed of 100kph and the maximum flight distance is 2-3 km.

I think the size and weight of the Quadcopter will make it more suitable for indoor use or light outdoor flying with minimal wind. I can’t imagine such a small and lightweight quad being stable enough in strong winds.

The drone is available now for pre-order directly from the iFlight online shop. The price starts at $539.99 for the version without an additional receiver (for those who want to fly the drone using the DJI FPV remote controller 2). If you already own a different radio or you don’t want to use the DJI controller, you can order a Defender version with a compatible receiver included:

Every iFlight Defender 25 comes with one 550mAh battery, a charging adapter board, and four spare 2525 propellers. Please keep in mind that for worthwhile flying you will need additional batteries as the flight time is very short. The stock 550mAh battery costs $17 and the larger 900mAh battery sells for $24.

FPV goggles are not included with the drone, so you will need to purchase these separately. The DJI O3 Air Unit will work either with the older DJI FPV Goggles V2 (around $430) or with the new DJI Goggles 2 (around $650).

Do you fly FPV drones? If not, do you want to start? What do you think about the new iFlight Defender 25? Let us know in the comments section below.