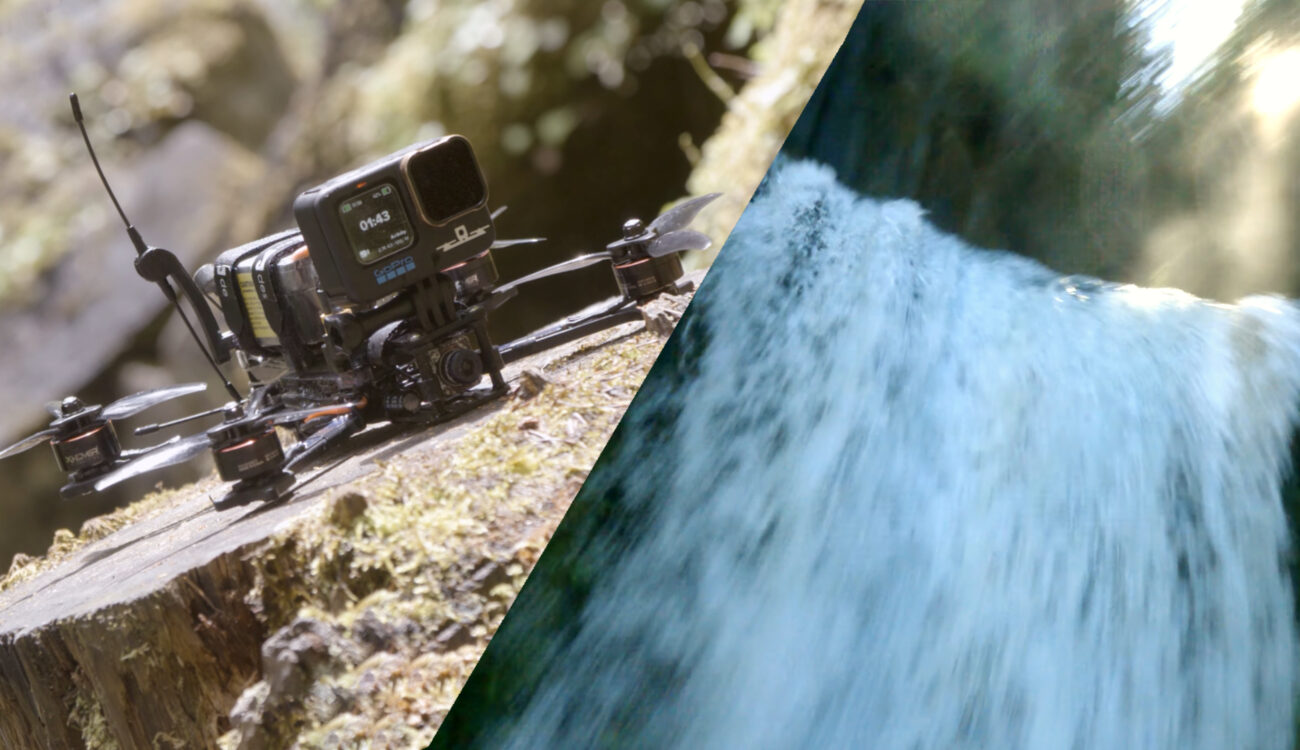 by Olaf von Voss7 days ago

So, you’re a proud FPV (first-person view) drone pilot, and you think you’ve done it all? Well, think again because the video you’re about to watch pushes the boundaries quite a bit. At least, I’ve never seen anything like it! In this stunning FPV drone video, pilot blastr (YouTube channel here) flies his specially prepared drone into a waterfall, then actually submerges it and darts back into the sky.

We’ve had some astonishing FPV drone videos here before (Red Bull Downhill Racing | “Right Up Our Alley“), but this one is something different. It goes without saying, that you usually don’t want to let your precious drone near water, but blastr had other things in mind…

To pull this off, blastr had to prepare his custom-built FPV drone so that water wouldn’t harm it. A company called Deep Designs makes products that do just that: Protect your equipment from water. And another company, HydroH, supplied a waterproof housing for the drone to make this work.

blastr is also on Instagram and from the comment section of his recent posts on the video, you can tell that it’s not easy to film such a piece. That’s why you should practice beforehand if you want to try your hand at something like this in the near future.

The video is split into two halves, with the first 3 minutes being the main timeline of the footage captured, while the second half offers a little behind-the-scenes tour. In this second half, you can see the drone itself and also some underwater footage, accompanied by the unpleasant sounding noises of the propellers.

Of course, this piece was also cleverly edited, but overall, it’s really spectacular how the drone flies into the waterfall without crashing, dives into a pretty fast stream, and soars back into the air. Really impressive!

So, what did we learn? Taking FPV to new heights depths has never looked so good. And, practice (a lot) before you attempt it yourself. Until then, sit back, relax and enjoy the ride.

Link: blastr YouTube | Instagram
First seen on DPReview (although the video is from earlier this month – how did we miss it?!)

Are you an FPV pilot yourself? Share your thoughts (and experiences) in the comments below!