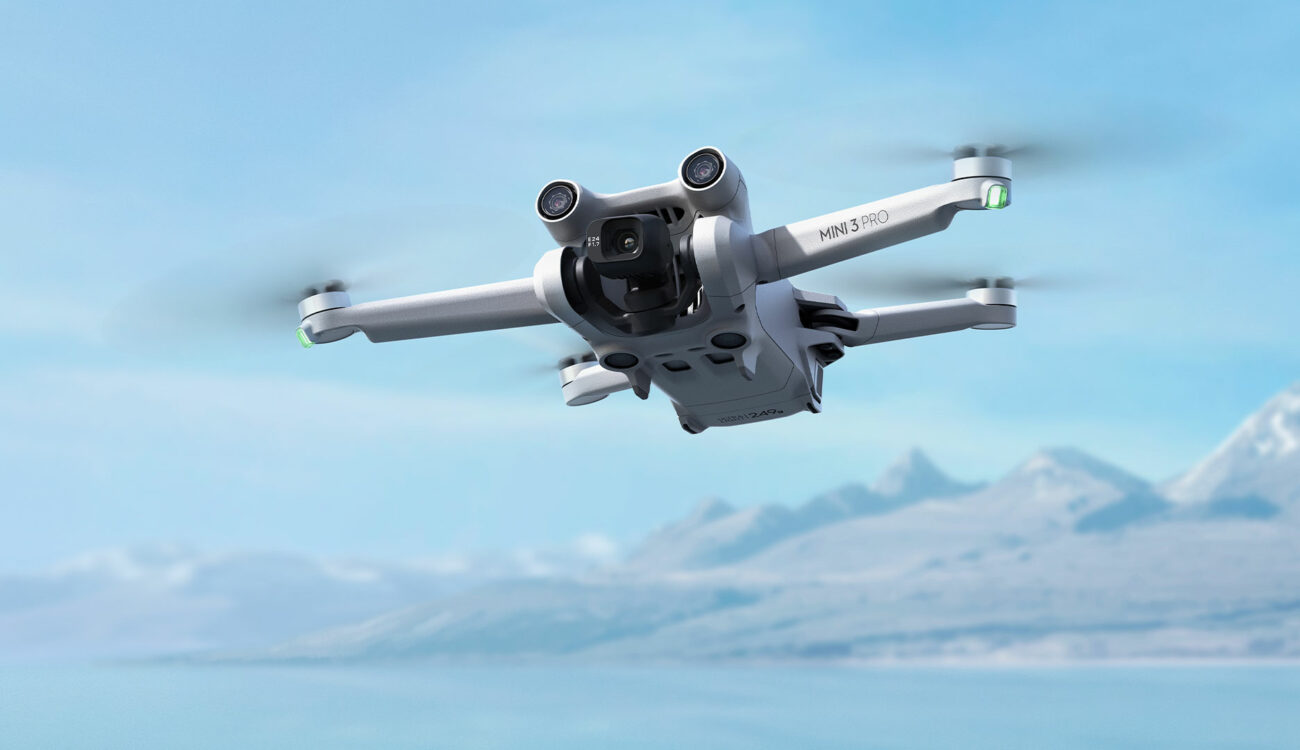 by Jakub Han10 days ago

DJI Mini 3 Pro has just been announced – the newest sub-250g drone from DJI. It brings a new body with multi-directional collision sensors and an improved 90° rotatable camera that is capable of 48MP photos and up to 4K60 video. The Mini 3 Pro is available now starting at $669 / €739 (including VAT).

Today, DJI announced the newest addition to its large drone portfolio. The new DJI Mini 3 Pro weighs less than 250g including the battery and media. So, why is this important?

Why are ultra-lightweight drones so popular? Well, in some countries, UAVs under 250g fall under the “toys” category and therefore are a lot less complicated to legally fly. This is unfortunately not the case in Europe currently (where I am located), but I still got tempted by the form factor and overall size of the DJI Mavic Mini when DJI entered the sub-250g category back in 2019 (not counting the tiny DJI Tello) and I bought the first “Mini”.

The magic of the sub-250g Mini series

One year later, DJI launched the Mini 2 with virtually the same body, an improved camera that could now shoot 4K30, slightly improved flight time, and a much better communication protocol with the new remote controller with OccuSync. I surely upgraded to the Mini 2 which I still have up to this day.

Today’s DJI Mini 3 Pro announcement seems to be a much larger leap forward than what the previous generation upgrade was. On top of the new “Pro” in its name, the specs and features of the new drone sound exciting. Let’s take a look at the details of the new DJI Mini 3 Pro.

Although the sensor has a higher resolution of 48MP in stills mode, it seems that DJI bins the pixels to 12MP (4032 x 2268) in video mode which results in 2.4μm pixels for better performance in low light.

Video up to 4K60 with D-Cinelike

When it comes to available resolutions and framerates, the Mini 3 Pro delivers the following video modes:

The good news is that the Mini 3 Pro now also offers the flat color profile called D-Cinelike (in addition to the Normal color profile). All the video modes are, however, 8-bit only.

According to DJI, these sensors enable Advanced Pilot Assistance Systems (APAS) 4.0, which automatically detects and finds a safer path around obstacles during flight (not available while recording 4K/48, 50, or 60fps, 2.7K/50, or 60fps, or 1080p/120fps video). The sensors also enable the entire FocusTrack suite, which allows users to select a subject that the drone automatically keeps within the center of the frame during flight while automatically planning a safe flight route.

As with every new DJI drone, there is a variety of automatic modes available with the Mini 3 Pro as well:

Interestingly, DJI has decided to offer two types of battery packs for the Mini 3 Pro. The regular battery (2,453 mAh) included with the drone offers a maximum flight time of 34 minutes and it keeps the drone’s weight at 249g. The overall take-off weight is also written on the battery itself to avoid confusion.

The second type of battery pack (called the Intelligent Flight Battery Plus) offers up to 47 minutes of flight time (3,850 mAh capacity), but the drone will then exceed the 250g take-off weight by around 40g.

As DJI claims, the Mini 3 Pro features the O3 transmission system, which delivers a 1080p live view from a distance as far as 12 km (with FCC standard).

The DJI RC is a new type of remote controller from DJI that features a 5.5-inch built-in touchscreen with the DJI Fly app ready. The drone will, however, be available with the regular controller (or without any controller) as well.

With the Mini 3 Pro, DJI seems to have slightly changed the available packages. First of all, there will be an option to buy the drone without any controller for $669 / around €739 (including VAT) for those who already have a controller.

The second change is that the Fly More Kit will now be available separately, and not only as part of the drone package. This will retail for $189 / around €189 (including VAT) and it will include two intelligent flight batteries, a two-way charging hub, two sets of propellers, and one shoulder bag. All other accessories will be sold separately.

Do you fly any of DJI’s “Mini” drones? What do you think about the new DJI Mini 3 Pro? Let us know your thoughts in the comments section underneath the article.