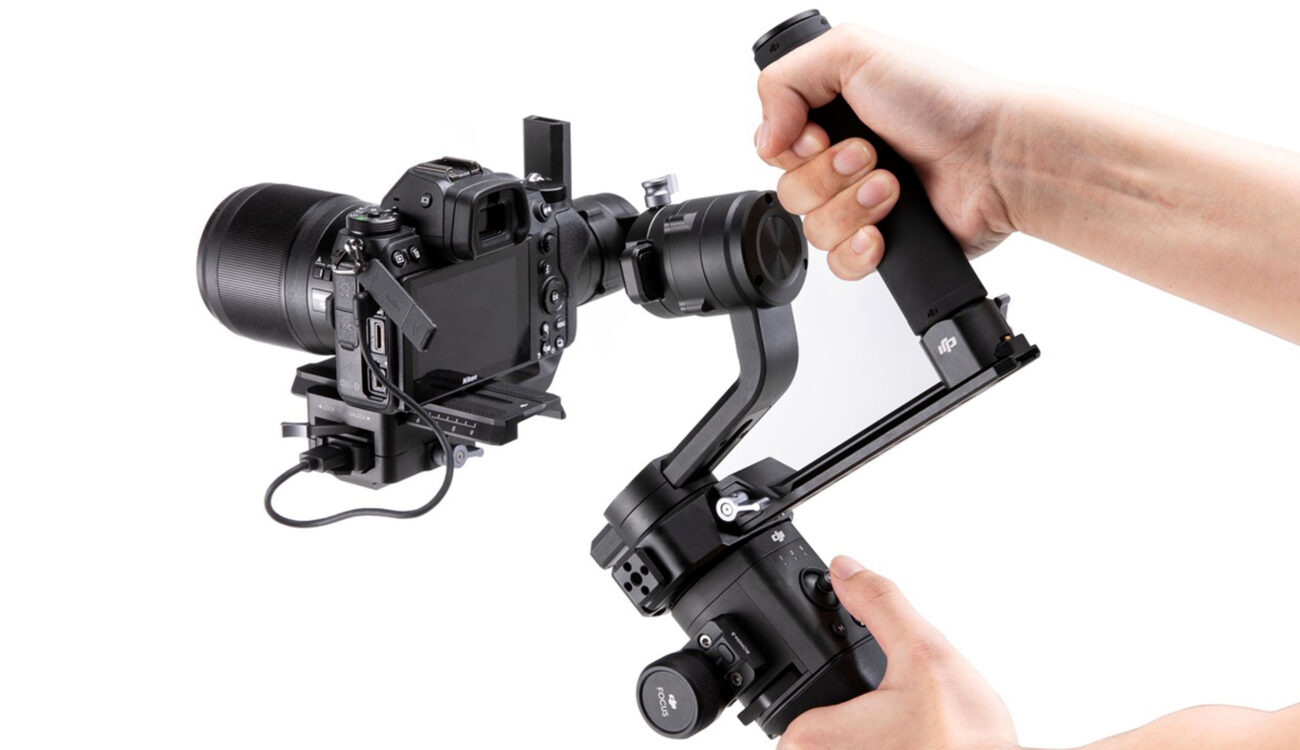 DJI has just released their own take on a dual handle grip for their (very) popular Ronin-S gimbal. Maybe this is the solution for tired arms and sweating operators. Let’s check it out! 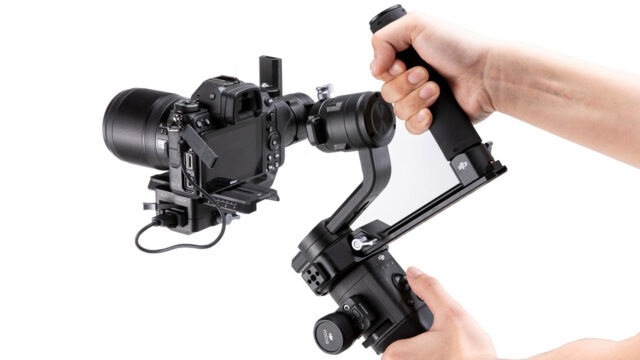 Gimbals are a nice addition to any filmmakers toolbox but once it comes to actually operate one, you’ll see the downsides.. Pick up and shoot? Nope, quite a bit of setup and preparation time needs to be taken into account. A gimbal gives you the exact same smooth floating sequences a traditional Steadicam system gives you? Again, sorry but no. Most gimbals lack the 4th axis for smoothing out the vertical movement of your body while walking or running. 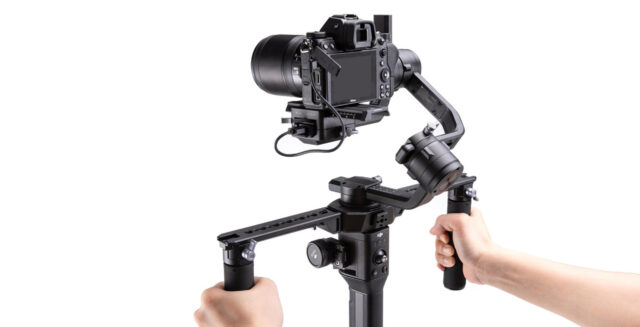 Still, a gimbal, even more so a single-handed one, offers lots of new possibilities for indie filmmakers while maintaining a relatively small footprint in your bag. One issue remains, though: weight. Operating such a single-handed device will take a toll on your muscles over time. In order to fight that muscle fatigue, DJI has released the so-called Ronin-S Switch Grip Dual Handle. With it, you can operate the Ronin-S with both hands.

On first look, this new accessory doesn’t offer anything over any of the other aftermarket solutions out there for transforming a single-handed gimbal into a dual-handed one. But the DJI solution has some tricks up its sleeve. It comes in five parts: The clamp-on ring for attaching it to the Ronin-S, two Nato rails and two handles. 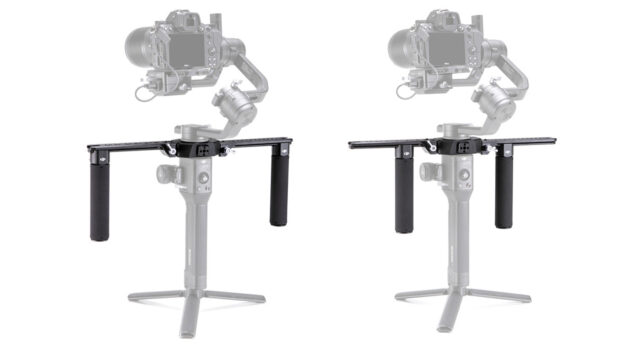 After attaching the ring to the gimbal, you’ll notice three access points where you can attach the NATO rails to the ring. That way you can either attach the rails on both sides of the gimbal for a classic dual-handle setup, or you can attach just one rail to the access point facing towards you and attach one of the grips to it for a vertical single-handed setup.

This looks pretty familiar if you look at other gimbals such as the  Zhiyun Crane 3 Lab. The handles attach, again, using the NATO standard, to the rail and can slide to whatever position which suits you best.

The DJI Ronin-S Switch Grip Dual Handle sell for $129 and they are available now. If this offers any advantages over other third-party products lies in the eye of the beholder. What I like is the fact that the DJI solution mounts to the top of the Ronin-S rather than to the battery grip, resulting in a more balanced setup. Furthermore, both arms offer quite a few 1/4″ and 3/8″ mounting holes plus a cold shoe on the end of the rail.

Nevertheless, I’m somewhat disappointed that DJI came up with such a trivial solution for their own gimbal. Maybe they offer a more advanced dual-handle setup in the future with a build-in joystick for one of the outboard handles and a focus wheel as an option. Furthermore, a solution for ditching the gimbals battery grip altogether for a more compact dual-handle setup would be nice to see. For now, we have to work with what we have and this Ronin-S Switch Grip Dual Handle, although being rather simple, is a nice addition to the already very capable Ronin-S.

In case you missed it, here’s our very extensive video review and tutorial on the Ronin-S:

What do you think? Do you use single-handed gimbals or do you prefer a proper rig such as the MōVI Pro? Share your thoughts in the comments below!