The video sharing-, review- and collaboration service frame.io is now supported in Blackmagic’s latest iteration of its humongous video and audio post-production application DaVinci Resolve 16  (currently in beta) — let’s have a quick look.

After the recent rollout of a massive update to their service, I thought it only a matter of time until frame.io would start supporting Resolve in addition to existing integrations into for example Adobe Premiere and Final Cut Pro X.

What they did deliver though goes deeper than any of the previous integrations — much deeper!

They did not just write a plugin or external app that “talks” to Resolve but worked with Blackmagic Designs developers to build frame.io integration right into Resolve — no installation of any kind needed.

All you have to do is sign into your frame.io account from within Resolves preferences and you’re set. 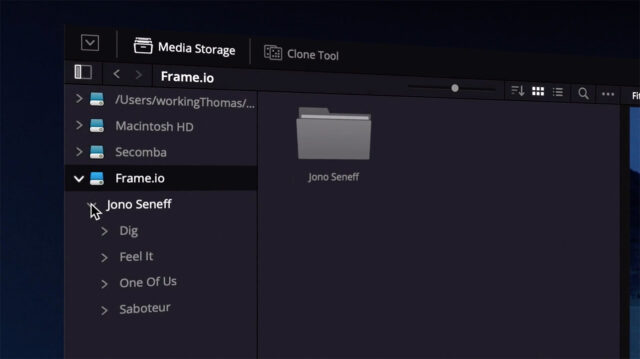 Why frame.io and the Integration with DaVinci Resolve Makes Sense

I don’t usually get excited about online services easily.

That said, I have been a frame.io customer for a couple of weeks, carefully trying to steer my clients and collaborators away from using a combination of Dropbox, WeTransfer, mindbogglingly long e-mail threads and desperate phone calls as our means of collaboration.

Because I do most of my finishing work inside Resolve this integration actually has me excited because it does look like something that can potentially make my life a lot easier.

I have been playing around with the integration for a couple of hours and so far it does what it’s supposed to do and that’s great. 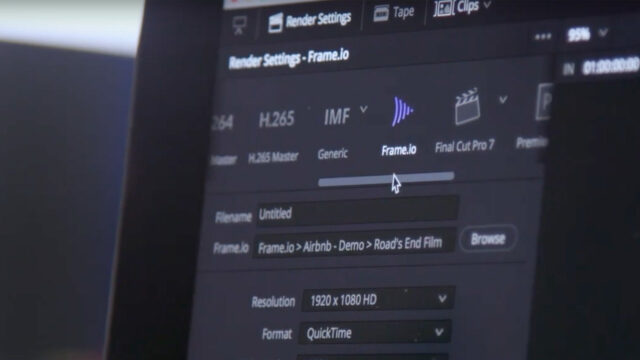 Frame.io has also opened up there API allowing developers of other software tools to hook into the service.

Imagine the DIT on a set offloading camera cards using ShotPutPro or Hedge directly to frame.io, where an editor on the other side of the world can start editing, before the set is wrapped.

Slowly but surely the 21st century does feel like the future.

Note: Please be advised that DaVinci Resolve 16 is currently in beta (and is thus not suited for production work). It will upgrade your disk database, when you install it. This disk database can not be opened by previous versions of DaVinci Resolve! Do yourself a favour and backup your database before you try it, promise?

Do you already use frame.io and/or DaVinci Resolve? Do you plan to? Let us know in the comments if you share my excitement about this integration. Or why not.