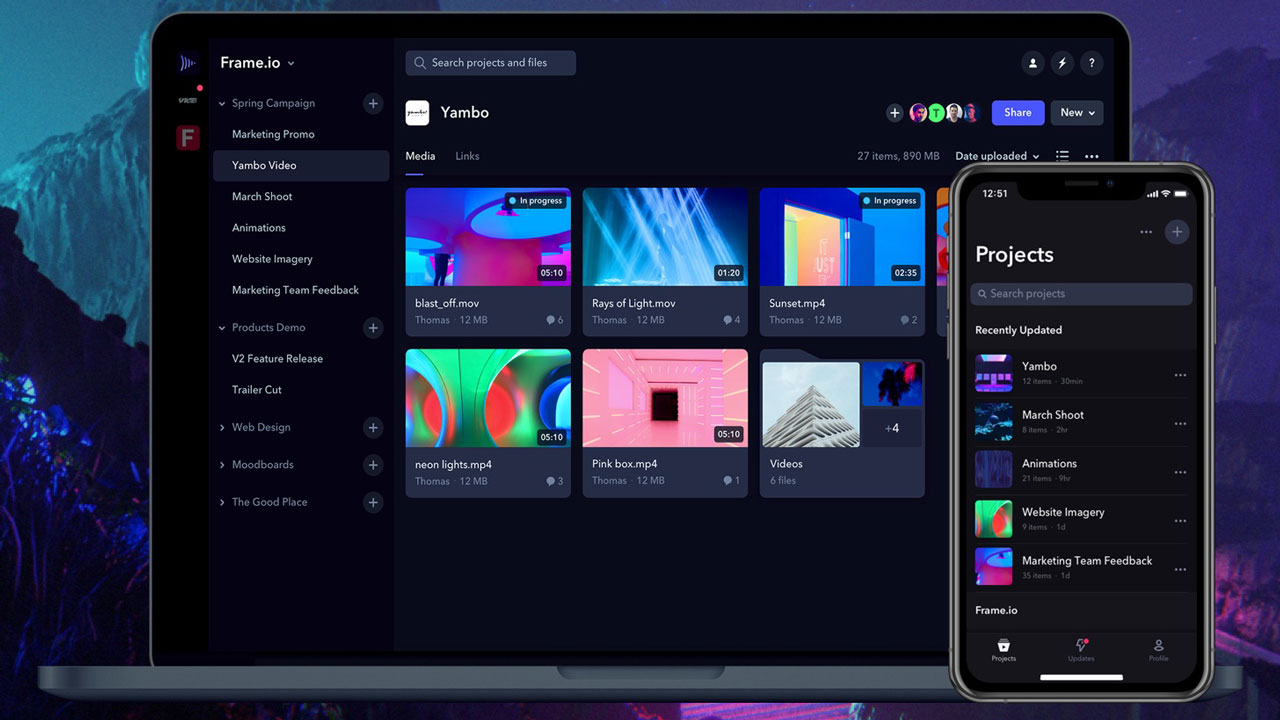 Just recently our own Graham Sheldon has published an in-depth review of Frame.io after a year’s use. Now the application, that has won prizes, including our cinema5D Best of Show NAB 2018 Award for its interface and features is pushing another major update to both, adding important things like PDF-support and many other features. Here’s what you need to know. 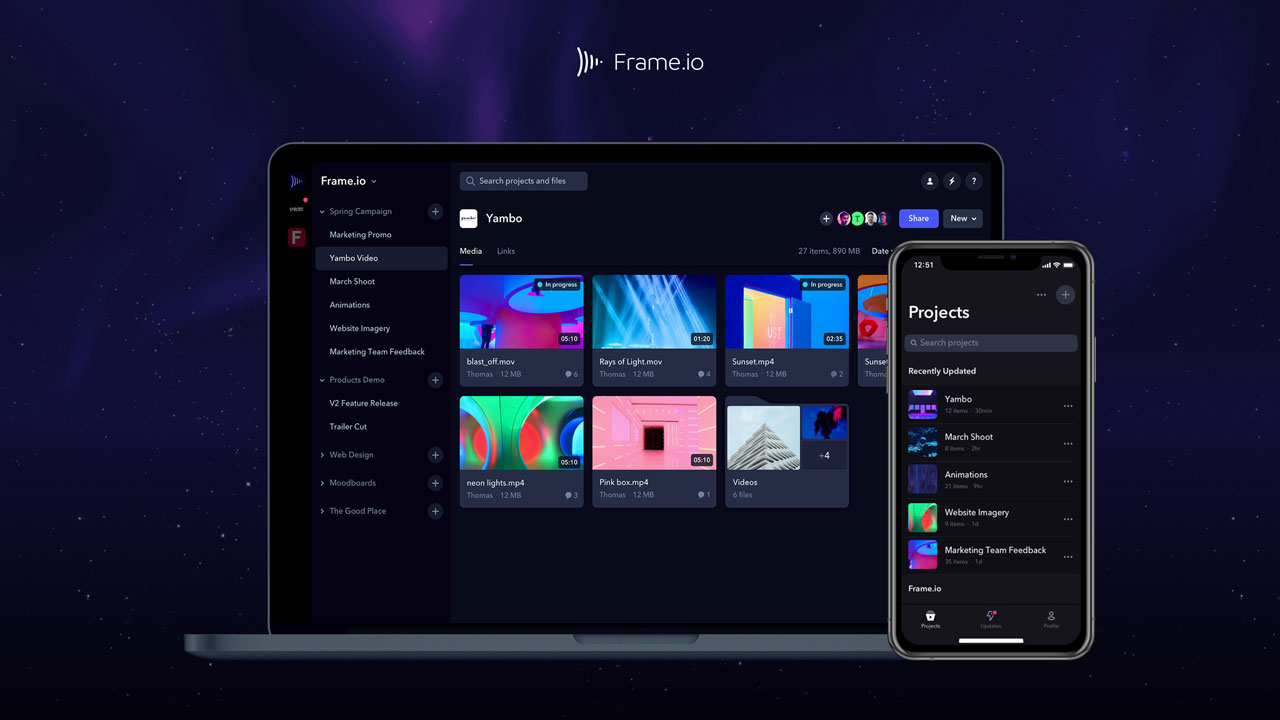 With over 700,000 active users, Frame.io has very few rivals when it comes to project management and collaboration regarding video features. More recently, a steady flow of updates and integrations with the likes of Final Cut Pro X have further cemented the applications lead over its competitors, none of which are as fully-featured to begin with. The new features will likely make it even harder for them to catch up. 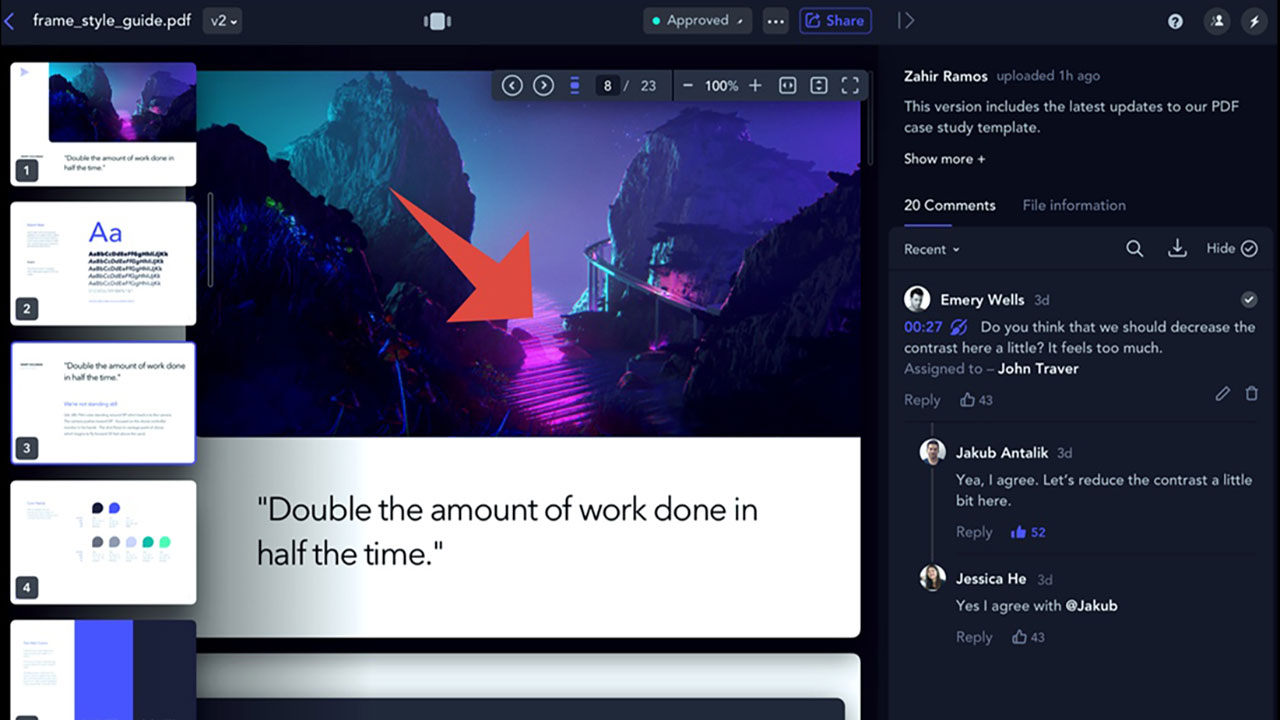 By popular request, PDF-support is part of Frame.io. Multi-Page documents can now be marked up, shared and collaborated on with comments like other media can. The comments are even page-based.

If you make use of the new @-mentions in comments, the user you mentioned will receive a notification of the mention, similar to the way this is used in other applications like Slack, making sure you can attract someone’s attention when needed. If a comment is more sensitive or private, you can limit its visibility to just your own team, instead of anyone who has a review link. 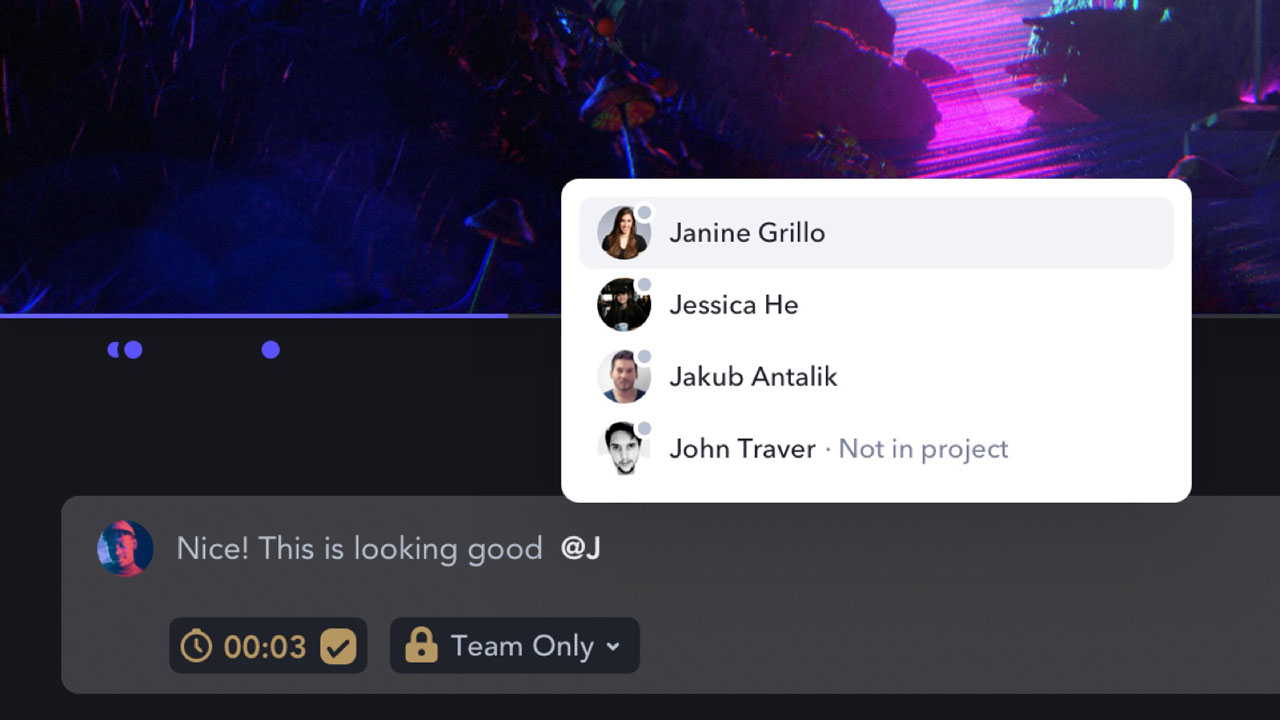 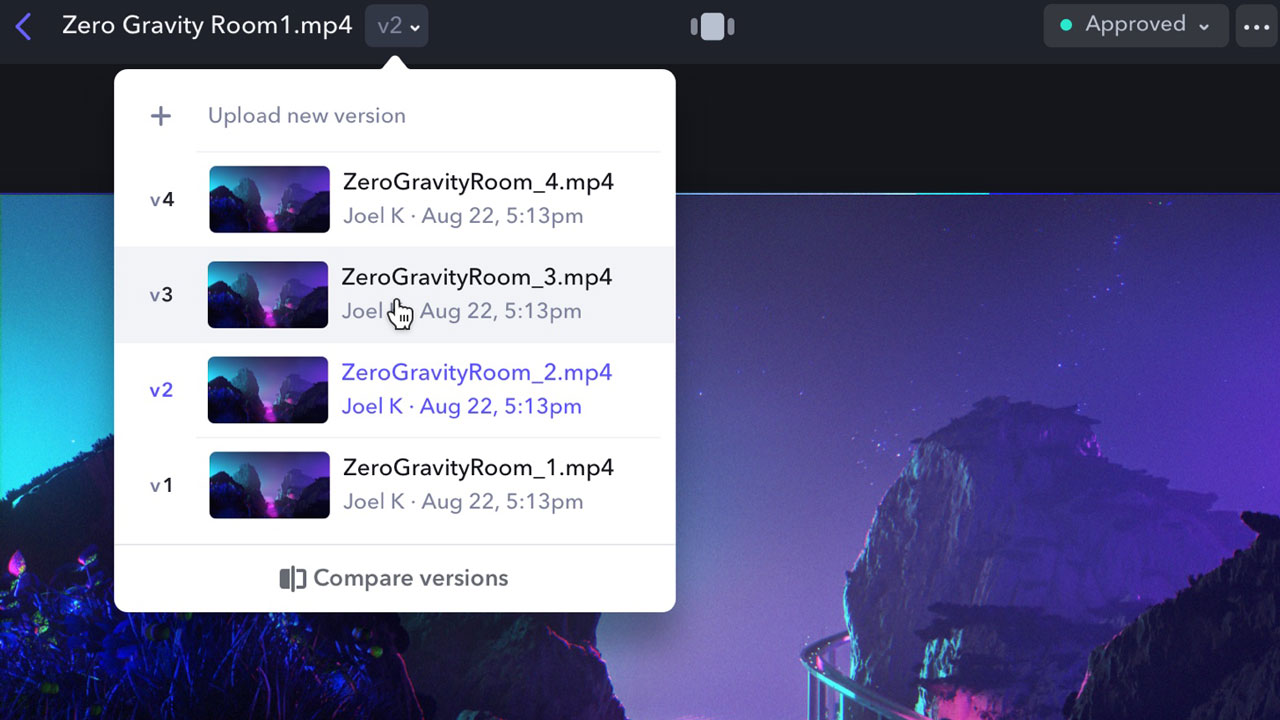 Speaking of review links, these will no longer require your collaborators to log in, thus also voiding the need to create an account for themselves too. This removes one major obstacle to collaboration for less digitally native, or very time-restricted people – meaning you might get approval from that one executive that much faster. The review link itself will also no longer be this mile-long token-infested mess, but instead, Frame.io has purchased and incorporated the f.io domain for their own short link service. Review pages themselves have received a facelift as well, to further streamline the process and make it easier still to leave comments.

Version management has been overhauled too, making it easy to reorder your version stack by dragging the versions into the order you’d like, or delete versions that are no longer needed.

Archival Storage and the Reel Player 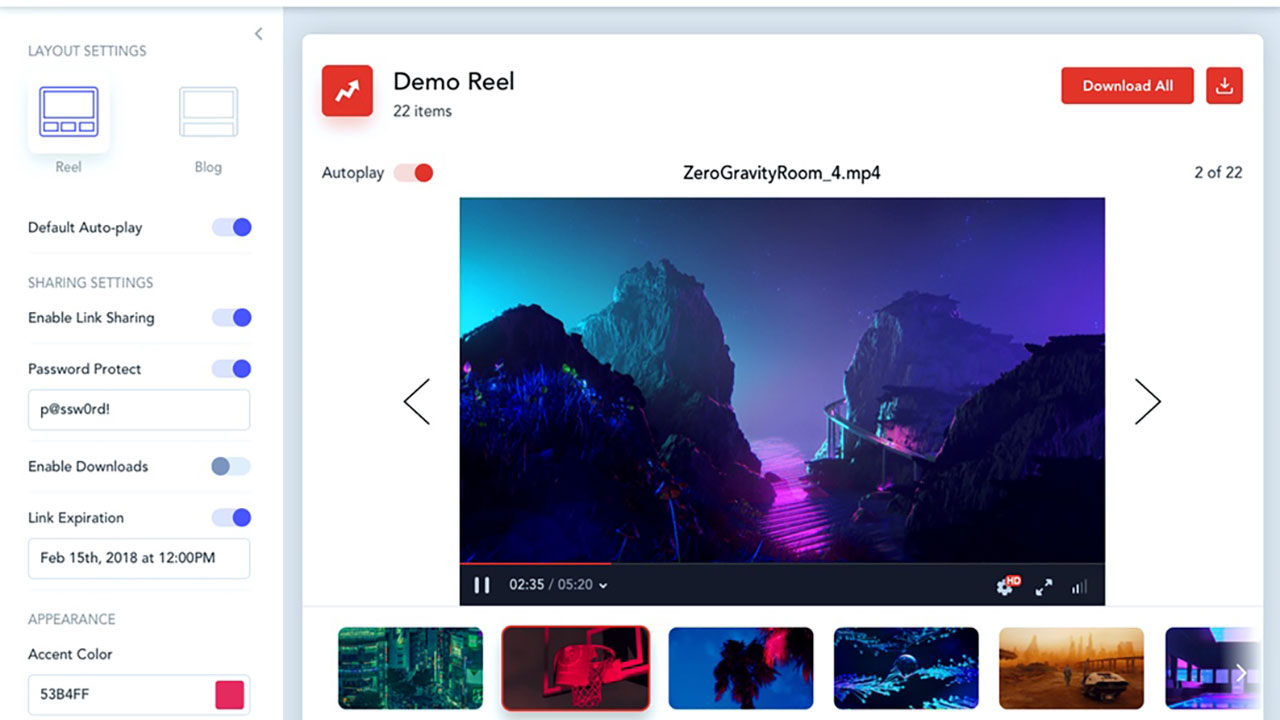 You will now be able to archive your projects. Archiving will send all of your high-res assets into long-term storage, with a 99.9% data retention rate, while your proxies will remain in place and be accessible instantly. Upon retrieving your projects from the archive you will, however, have to wait 3-5 hours to access the high-res assets again as well.

A new presentation format has been added, making it easy to create auto-playing reels from shots that have been assembled into the presentation. This might be useful to give your client or team a general look-and-feel for footage, before actually assembling and cutting it into a real project.

Frame.io has also completely overhauled its iOS application (which won an Apple Design Award before). The new interface is supposed to be cleaner, faster and transfers features from the browser version more seamlessly onto smaller screens.

Users that are part of multiple Frame.io teams now also have an easy option to switch from one context to the other, in the intuitive account switcher in the sidebar.

What do you think about Frame.io’s updates? Are you already using the application or do you prefer some other, similar tool? Are the new features a draw for you? Let us know in the comments!