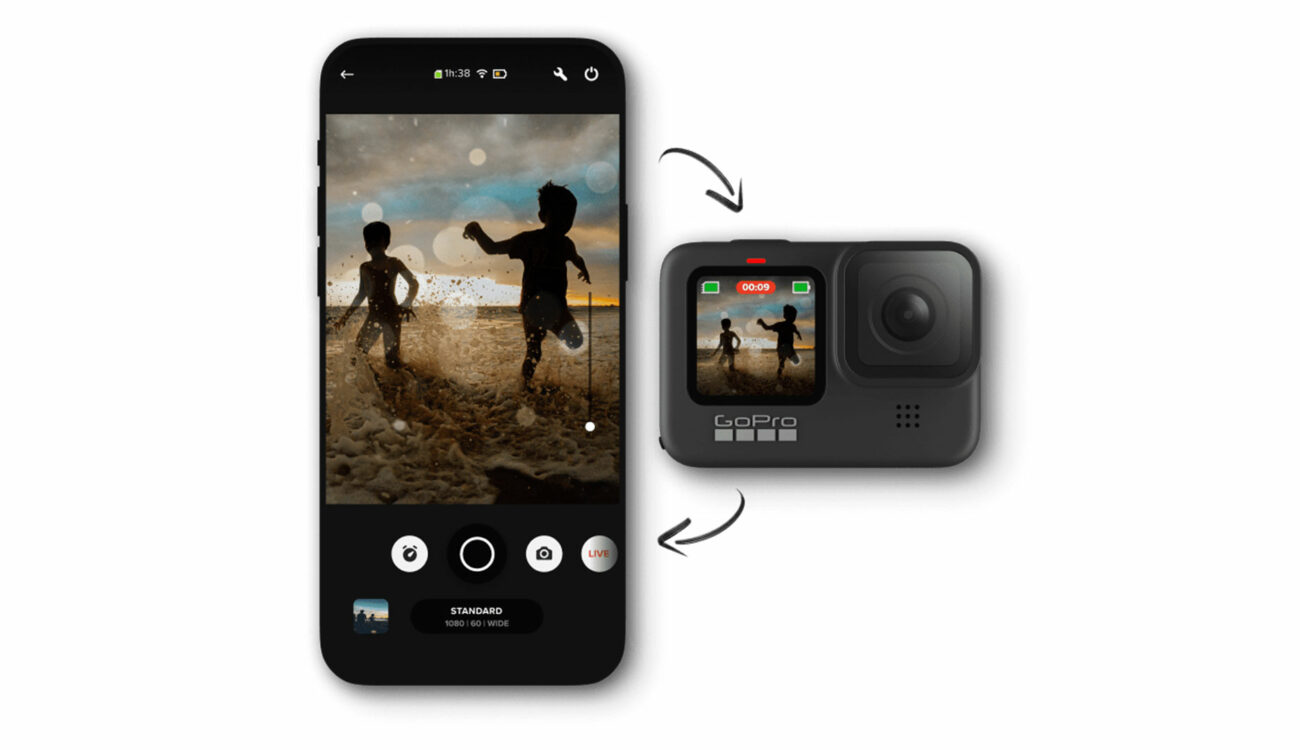 GoPro recently launched a revamp of its smartphone app for iOS and Android smartphones: the GoPro Quik App. This app is meant to be an all-in-one stop to control your camera, transfer footage to your phone, and edit pictures/videos quickly and easily. Let’s take a closer look at it!

A couple of years ago, GoPro created several smartphone apps like GoPro to control your camera and the Quik app to edit footage on your phone. The company moved all applications into the GoPro app two years ago.

Now, the GoPro app becomes Quik, an all-in-one application to control, edit, and share all the content created with your action camera. However, it doesn’t replace GoPro Labs for advanced users.

The GoPro Quik App revamp is now the only smartphone application to connect all your GoPro cameras and edit your videos.

The Quik App connects to your camera via Bluetooth. Then, you can use it as a remote to start/stop recording, do some live streaming and adjust some camera settings. Once you’re done capturing pictures and videos, you can quickly and easily send everything to your phone.

Once everything is in your phone’s media library, you can edit footage and pictures with filters, add music, crop, change your video’s speed, and so on. This app’s keywords are simplicity and ease of use so all users can create and share content.

With Mural which is a browser and organizer in the GoPro Quik App, the company really aims at making this tool your go-to photo/video tool for everything.

The Quik app is available to download now, for free, for both iOS and Android users.

But, Quik also lets you import and edit footage from other cameras. To do that, you’ll need to subscribe to the GoPro eco-system for $49.99/€49.99 per year. This yearly subscription gives you access to unlimited cloud storage, Premium Quik features for all pictures/footage, live streaming capabilities, GoPro rebates, and change your camera “without question” up to two times per year.

What do you think about this new Quik app? Do you often edit photo/video footage on your smartphone? Don’t hesitate to let us know in the comments below!