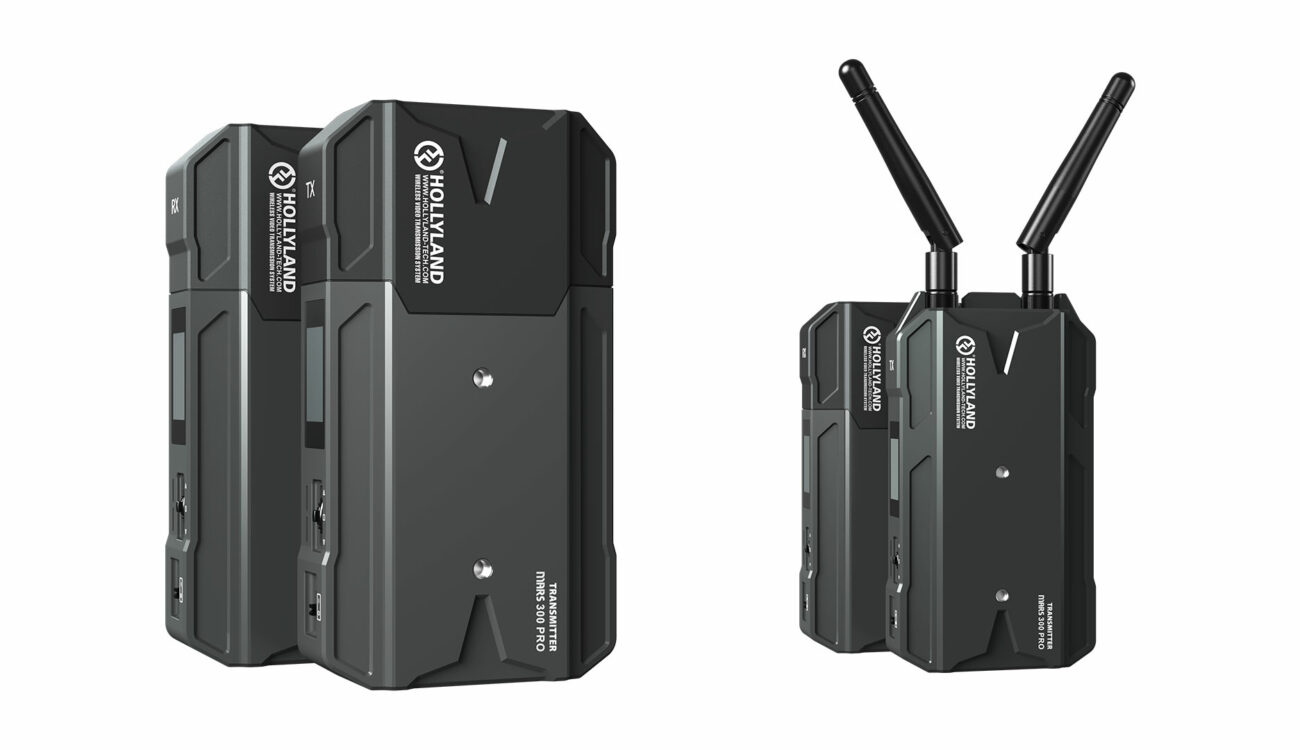 Hollyland has just released a new wireless monitoring solution to its lineup: the Hollyland MARS 300 PRO. This PRO version, like its predecessor, is an HDMI only wireless system with a maximum transmission range of 300ft/90m. However, there are a couple of improvements under the hood of the MARS 300 Pro: it is lighter with built-in antennas, it’s now compatible with the HollyView monitoring App, it has an OLED screen on the side and so on. Let’s take a closer look at it!

The original Hollyland MARS 300 wireless video system has become popular amongst DSLR/Mirrorless camera users. Indeed, with an affordable price of around $450.00, this prosumer system was one of the first solutions that independent filmmakers could purchase without breaking the bank.

A year after its introduction, Hollyland just released a new version based on the success of its predecessor: the Hollyland MARS 300 PRO. 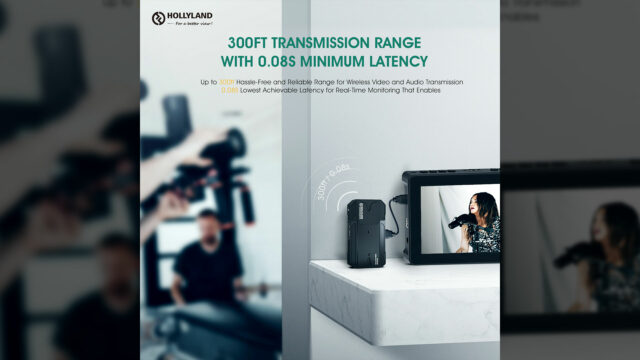 The Hollyland MARS 300 PRO is an HDMI-only wireless video transmission system with a maximum transmission range of 300ft/90m. The latency is now only 0.08s (0.1s on the previous MARS 300), and it works using its WiFi network. 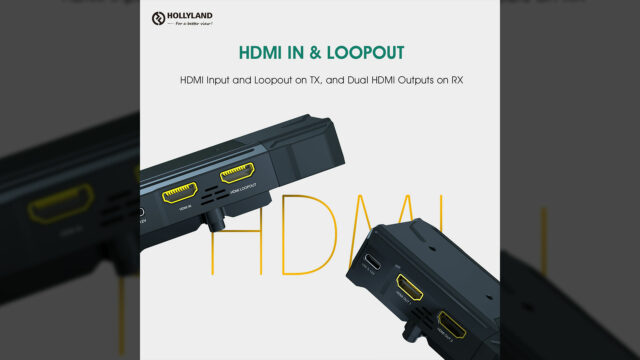 Like the previous model, on the transmitter, you have two HDMI ports. One is the input port, while the other one is a loop out port. The receiver also features two HDMI ports, but both are HDMI outputs. 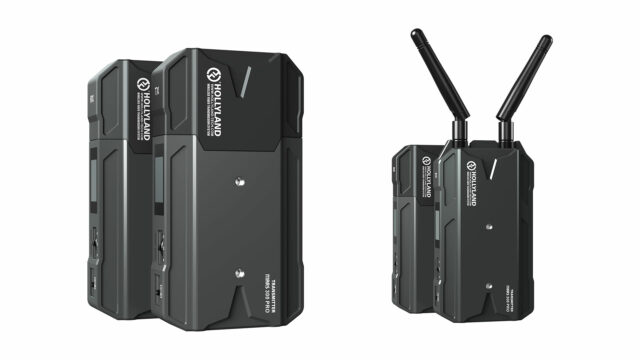 The MARS 300 PRO “Standard” on the left and “Enhanced” on the right. Image credit: Hollyland

The housing of the MARS 300 PRO is made out of metal like its predecessor. The Hollyland MARS 300 PRO is available as a “standard” or “enhanced” version. On the receiver, both versions now have built-in antennas. 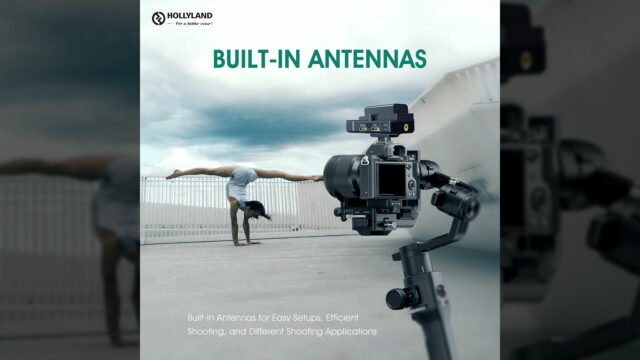 On the transmitter, the “standard” version also has integrated antennas. However, if you are working in crowded WiFi environments, the “enhanced” version has removable antennas on the transmitter for better signal stability. However, the MARS 300 PRO is lighter and smaller than the previous generation: 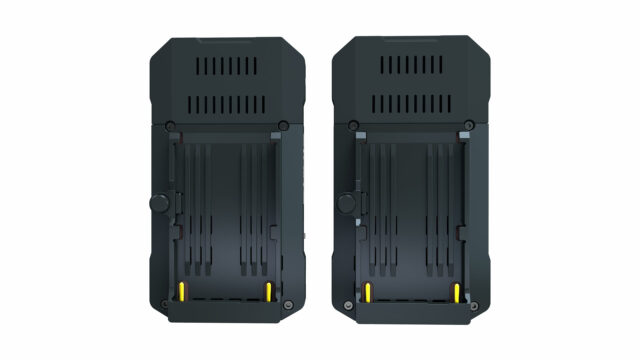 Two Sony NP-F style batteries can power the Hollyland MARS 300 PRO system. These batteries usually last a long time, depending on the capacity you choose. 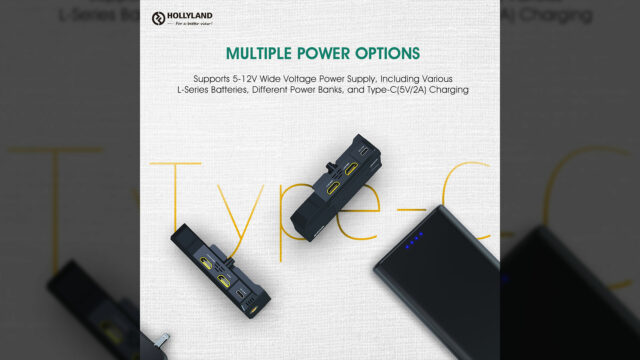 Also, you can power the MARS 300 PRO from an external battery. However, the 6-16V DC barrel locking power connector of the MARS 300 is now gone. The MARS 300 PRO features a USB Type-C power input port. It means that it is now easier to power both the transmitter and receiver from a battery bank or USB power adapter, for example.

If you want to power your wireless system from a V-Mount/Anton Bauer battery, I have to admit that I liked the previous barrel connector better. Indeed, it is easier to find D-Tap to barrel power cable rather than D-Tap to USB-C cables, and it’s more reliable. Meanwhile, most Anton/Bauer V-Mount and many other brands’ batteries feature a USB connector nowadays, so you should be fine. 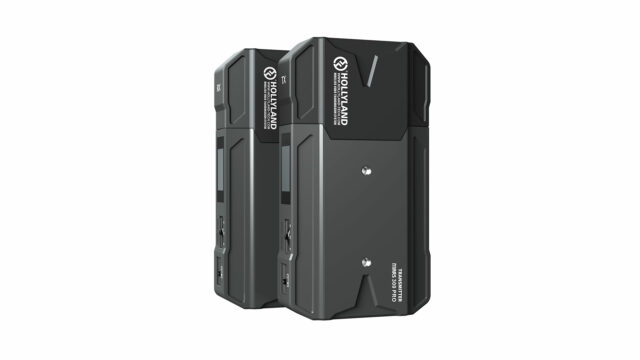 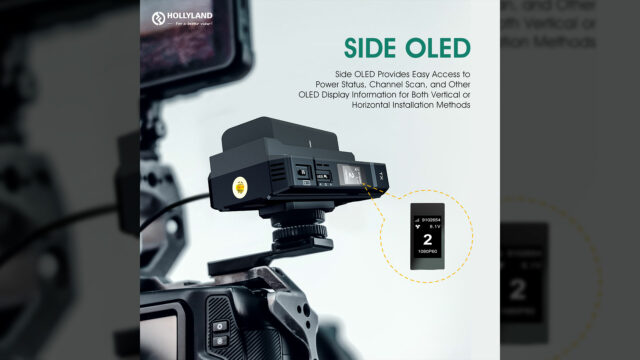 On the left side, there is an ON/OFF switch as well as a clickable thumbwheel to navigate through the menu. On top of the thumbwheel is an OLED status screen that gives you information about your signal input resolution, wireless channel, battery status, and fan speed. 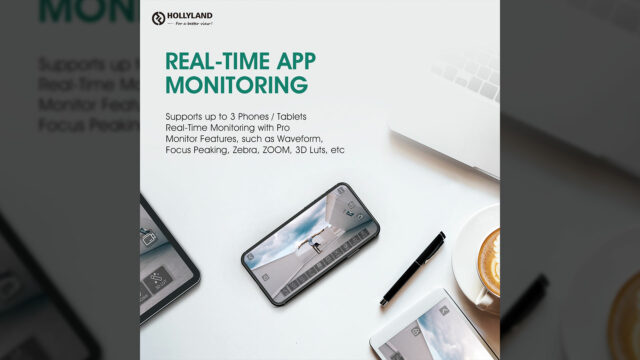 The MARS 300 PRO is now compatible with the Hollyland HollyView App. Like the MARS X and MARS 400S, you can connect your receiver to a monitor, but also connect up to three phones/tablets to it. This feature is convenient and cost-effective on large sets if you don’t have multiple director’s monitors. Indeed, your client can just download the HollyView App – compatible with iOS and Android devices – and see what you’re shooting. 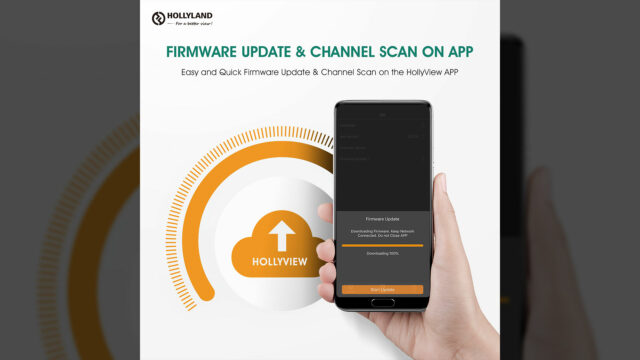 Talking about the HollyView App, you can now use it to update the firmware of your Hollyland MARS 300 PRO. Also, in crowded WiFi locations, you can use the app to scan all channels available so that you can pick the best one. The channel scan is also built-in inside the receiver.

All products should be available to purchase in the next coming weeks. The Hollyland MARS 300 PRO retails for $449.00 for the Standard version, while the Enhanced one is $469.00. Also, you can purchase a single Standard transmitter (to pair it and use it with your smartphone) for $199.00.

What do you think about the Hollyland MARS 300 PRO? Did you already use the previous version? Don’t hesitate to let us know in the comments below!