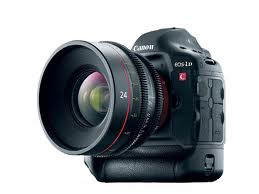 Canon’s European pro video product specialist Paul Atkinson explains what “approved for broadcast by the EBU” means.
The big news is, that 100% content can now be shot on the Canon 1DC and be approved for broadcast. (the approved method is 4K content on a full HD timeline).
For those who are not familiar with the EBU (http://www3.ebu.ch/cms/en/home) here is a short description of what it is: The EBU is the world’s foremost alliance of public service media entities, comprising 74 Active Members in 56 countries and 35 Associate Members from a further 22 countries. Members of the EBU are radio and television companies, most of which are government-owned public service broadcasters or privately owned stations with public service missions.

Now that the camera is being officially recognised as a valid production tool for television, I hope Canon will take the time and add some functionality into it like adding peaking and the possibility to magnify focus while recording.