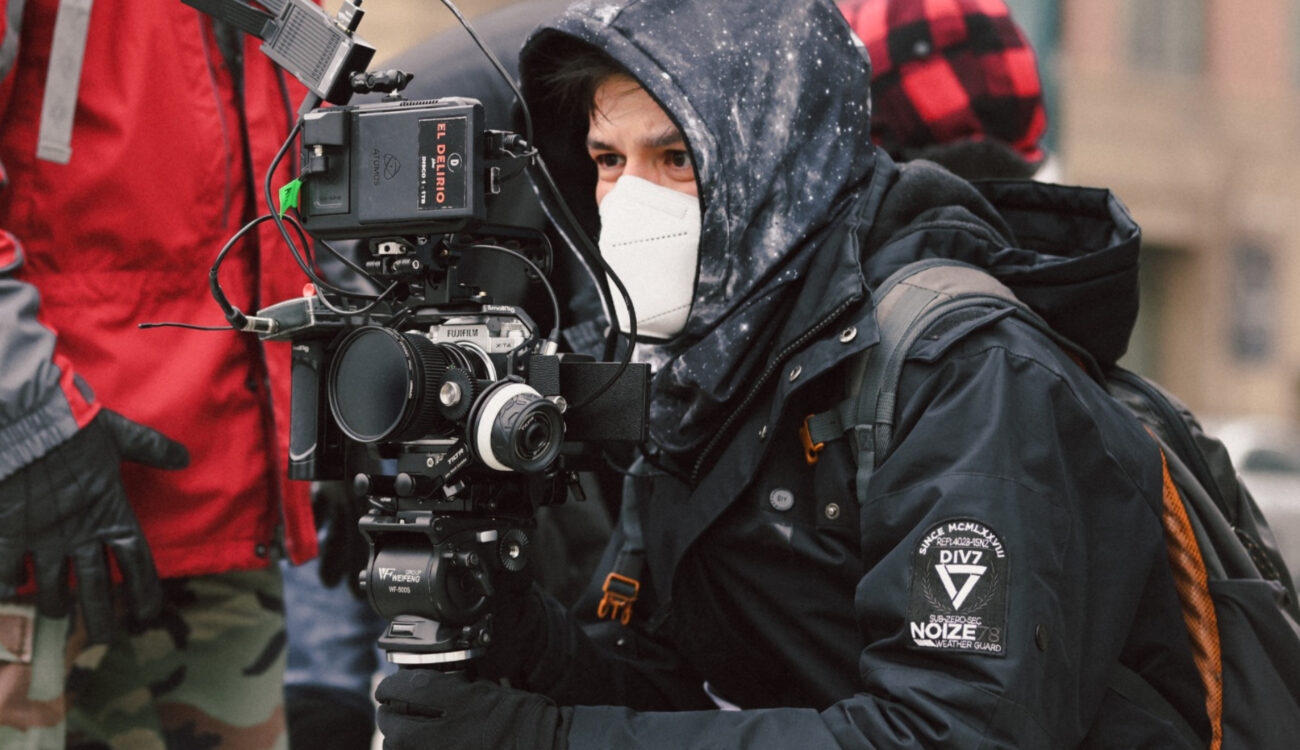 CineD is always searching for a way to connect creators and manufacturers – and, of course, to help filmmakers show their work. This is why we teamed up with FUJIFILM to show our filming community work that has been done with FUJIFILM cameras. Please meet Paul Cataño, a filmmaker from Colombia. “In the Spotlight” is proudly sponsored by FUJIFILM.

Today’s interview features Paul Cataño, a passionate filmmaker from Bogotá, Colombia, who describes himself as a director, cinematographer, editor, and colorist. That’s a lot of responsibilities, so we’re excited to learn more about Paul in his own words.

Below you can watch the trailer for his latest work, and a making-of video can be found further down this article.

In the Spotlight With FUJIFILM – Paul Cataño

Name: Paul Cataño
Currently based in: Bogotá, Colombia
Language(s) spoken: Spanish/English
Occupation: Film director, cinematographer, editor, and colorist. It seems like a filmmaker’s CV, but I did all of those separately in a professional way.

Question: How did you get started in our industry?
Paul Cataño: I started working on a small cable TV station, just by luck and talent I hope, and I was hired to direct the content of that channel. It was so fun because it was a music channel, like the 90s MTV but local, and we were four guys getting crazy with a camera. We’d plan the few programs that we had, I had one idea for a promo, and the next day we were shooting it. We didn’t have the budget, but tools, it was so liberating and a great creative experience. And that gave me the opportunity to start making music videos.

Current assignments:
P.C.: Now I’m waiting for the theatrical release of a feature film that I shot with a well-known director in Colombia. It’s a comedy that talks about the lack of opportunities in some places, and the dream to emigrate to the US, but also the cost of that. It was shot in Bogotá and New York. I talked to the director and suggested that we can use a small camera, not just for budget reasons, but for flexibility, and practicality, we need to shoot a lot of things almost as incognito, especially in New York.

What types of productions do you mostly shoot?
P.C.: I don’t like to be part of just one kind of production. I do advertisements for many brands, including branded content, and it’s cool. But I enjoy making documentaries and fiction a lot. And now I think it’s my primary work.

What is your dream assignment/job in our industry, and what are you really passionate about?
P.C.: I have a dilemma here because I love directing, I always have, but a lot of times I decided that also I want to be my own cinematographer because I love cameras, lenses, lights, know how to do it, and most importantly, know what I want and need. And for that, people started hiring me as a cinematographer. I first believed if I started doing this, I’d turn my back on a career as a director, but opposite to my first impressions, it gave me a lot of new perspectives, a lot of knowledge from other directors, and also the chance to give them my point of view as a director, and the ability to work in a different field. So now I enjoy doing both. And my dream assignment right now is to start working on a feature film.

In the work that you are presenting us, now that it is done, what would you have done differently throughout the production?
P.C.: The series was shot in the middle of the pandemic, so we had a lot of difficulties, a lot of constraints, and fear, but we wanted to shoot, so we were ready to face those challenges. As usual, I would like to have more time, maybe more light equipment, almost everything was done with some practical lights, some big LED bulbs, and one 60w LED with a softbox, but we were shooting in the actual location, the houses of the talent, so our team had to be as small as possible.

What current camera, lenses and sound equipment do you use?
P.C.: I had a FUJIFILM X-T4 and used a Canon FD kit that I’d collect with metabones. I like FUJIFILM lenses, but I’m used to the old glass, like the “character” or flaws they have, and in combination with the technology of Fuji cameras the results are astonishing. I don’t use autofocus, so using that kind of lens is not a problem. For sound, I always work with a sound department.

You chose to shoot your project with the FUJIFILM X-T4 camera. Did you impose on yourself any limitations like not shooting with a tripod?
P.C.: I think one of the greatest things of our time in filmmaking is the possibility to be free. Our cameras and equipment, in general, are so small and have such an incredible quality that you don’t need to think of limitations; obviously, you need to understand your tools and make them shine. For the X-T4 my main concern was fast movement, the rolling shutter is very noticeable sometimes, and that annoying wobble effect feels very bad, especially on the big screen.

What’s your favorite lighting equipment, and why did you choose that kit over other solutions?
P.C.: For lighting, I’m amazed by LED technology. I like big lights, but they need a lot of stuff to work nicely, including more people, a generator, and time, but with LED you can have very reasonable power with just a little consumption of energy, also the color rendition is very good, and the color option and the ability to operate them from your phone is incredible.

Do you use drones/gimbals in your productions? If so, what is the most effective way you’ve found of deploying them?
P.C.: I like both – I used to fly drones, I traveled through South America for a project and it was a great tool, but I feel that it’s not a novelty anymore. Everyone has one, and the common drone footage has become a little boring. That said, FPV is amazing, but it’s difficult. I also have a long history with gimbals – I remember using the first Movi, and it was a disaster. I returned to the rental and asked for a steadycam, but nowadays, they are great, my only concern is the wireless transmission and focus.

What editing systems do you use and are you satisfied working with them?
P.C.: I love DaVinci Resolve, it’s great, and now the edit tab works very well, so I leave Premiere and Avid, and now focus on editing and coloring using just one software.

How much of your work do you shoot in “flat picture profile” and what is your preferred way of color correcting?
P.C.: I always shoot in Log for the kind of work that I do. I know that color grading is very important and when I’m color grading something I like to use some film emulation, not do the entire job, but as a good starting point. But here I have a big complaint with Fuji, and it’s that their picture profiles (FLOG and FLOG2) are not ACES approved, and for me, that was a big problem grading the feature because the post house worked in ACES, and it’s smart to do that right now, and I lost a lot of time trying to get the most accurate version of the footage within ACES.

How frequently do you travel and do you have any tips when it comes to packing your gear?
P.C.: When it comes to travel tips, I believe the most common and true statement is to travel as light as possible because you always think you will need another lens, another filter, but at the end of the day, you’re going to be so tired, and most of the time realize that you just use one of two lenses.

Full disclosure: This “In The Spotlight” series of interviews is sponsored by FUJIFILM.