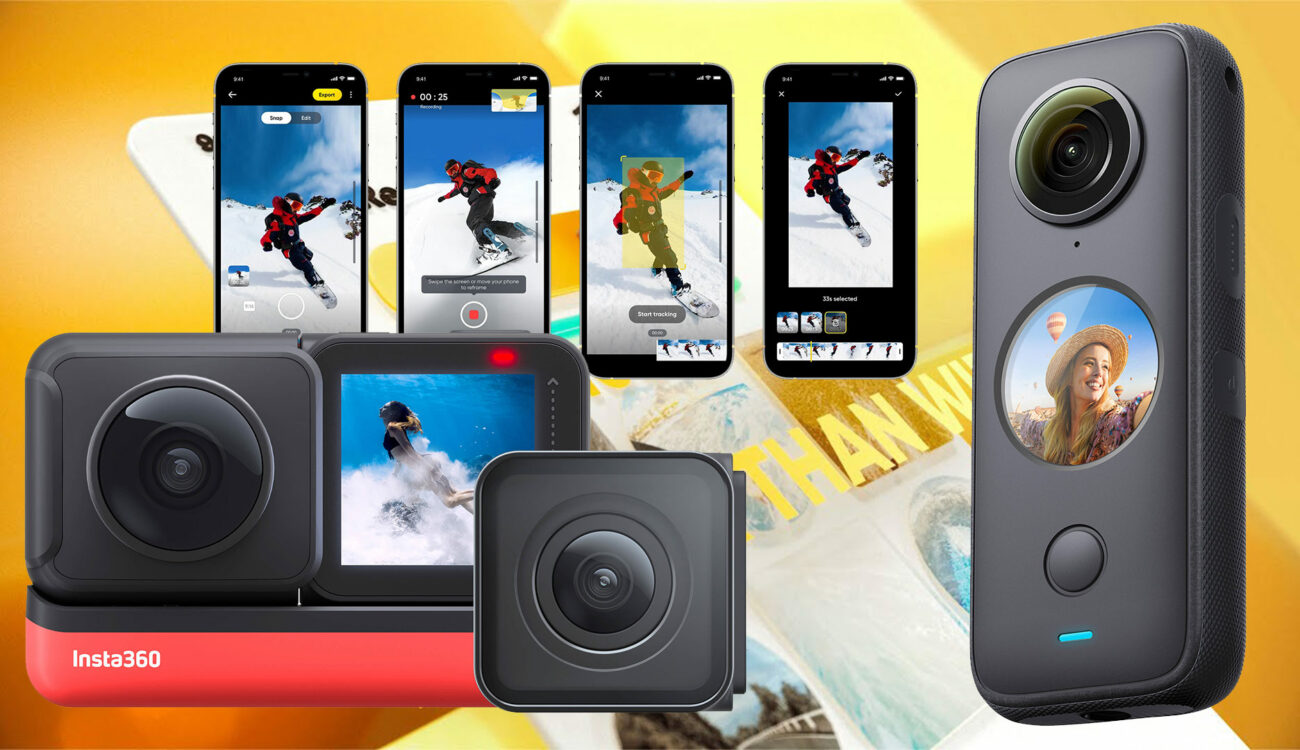 by Jakub Han6 days ago

Insta360 cameras including the mobile app get a new firmware update today. The update for the app includes a new reframing tool called Snap Wizard. The cameras get a new stabilization mode called Quick FlowState that upgrades the previous Basic stabilization and does not require further postproduction adjustments. Insta360 also launches one new product for faster transfer speeds between the camera and your mobile device – the Insta360 Quick Reader.

After updating its mobile app and Insta360 Studio desktop app earlier this year, the Chinese company now brings another update to its flagship consumer devices: the Insta360 ONE R and Insta360 ONE X2. The update includes two new features: a new reframing tool and stabilization mode for quick workflows and one new product – the Insta360 Quick Reader. Let’s take a look at the details.

A popular workflow with 360 cameras is the so-called “shoot first, point later”. By recording in every direction, users don’t have to decide where to point the camera when shooting. Later, the captured 360 videos can be edited to find the desired angle and can then be exported into a traditional flat video. To further simplify the reframing process, Insta360 introduces a new tool called Snap Wizard. All the user has to do is open a 360 video, tap the record button and the app automatically records the edit. The angle can be changed in one of three ways:

Users can also record multiple reframing edits side by side using the same clip. Reframed videos can be exported instantly from the Snap Wizard interface with the tap of a button. While resolution settings are fixed, the fast workflow is suitable for editing and sharing on the go. In case you want to take your time editing with keyframes, all these controls are still available under the existing editing interface.

Videos recorded in Quick FlowState mode don’t need to be processed in the Insta360 app or desktop studio software and are ready to share immediately. As Insta360 states, eliminating the extra editing step also eliminates one step of compression, resulting in crisper videos. The mode is also now available for 4K 50fps standard video and loop recording modes, as well as the 4K 30fps, 25fps, and 24fps modes previously supported under Basic stabilization.

In order to enable Horizon Lock and adjust the aspect ratio after shooting, users can still record in Pro mode and apply FlowState Stabilization in the Insta360 app or Studio instead.

Quick Reader is a new removable storage module that can be plugged into both the camera and a mobile device. When the device is plugged into the camera, files can be saved directly onto an SD card inserted in the Quick Reader. The module can then be directly plugged into a mobile phone or tablet to transfer and edit files. It comes with both a Lightning connector for iOS devices and a Type-C connector for Android devices.

Transfer speeds are faster than over Wi-Fi and using the Quick Reader also saves the camera’s battery, as there is no need to maintain a Wi-Fi connection between the camera and the phone.

The update also brings a few experience improvements requested by users. In the app, iPad users can now use landscape mode for more convenient editing. On ONE R, the touchscreen interface has been improved and is more responsive.

The firmware update is free of charge and can be downloaded from the Insta360 website. The app update is available via the App Store and Google Play Store. The Quick Reader is available now for $59.99.

Do you use Insta360 cameras for your work? What do you think about the new updates? Let us know in the comments section underneath the article.

360Insta360 ONE X2FlowStateInsta360 ONE R360 cameraInsta360VRfirmware update
Share this article