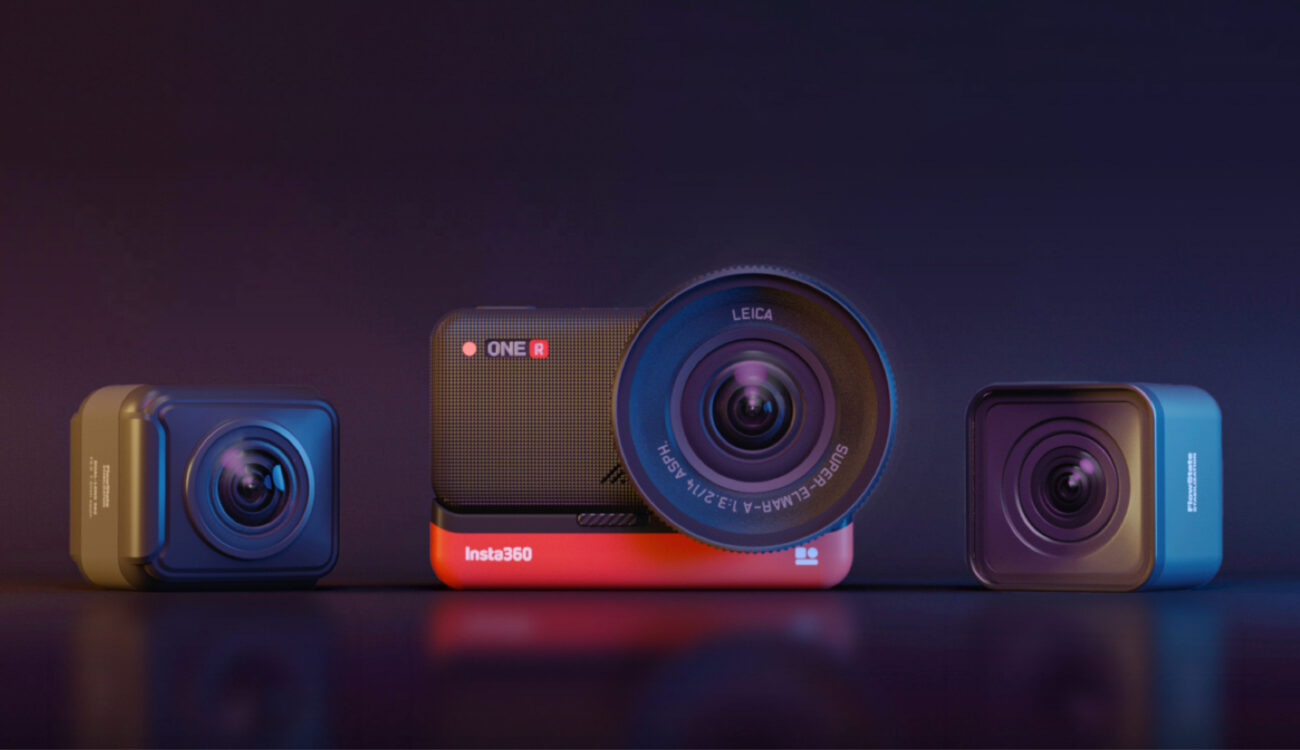 Insta360 just announced a firmware update for its interchangeable lens action cam: Insta360 ONE R. Bringing several new features, image quality improvements, AI-powered editing options, a new remote and more, this update seems to be a nice addition for existing Insta360 ONE R owners, as well as future ones.

If you’re new to the Insta360 ONE R, make sure to check out our initial hands-on video here. Since then, Insta360 has already issued quite some firmware upgrades and this one (v1.2.59) includes: more features, improved performance and – as always with anything driven by software – less nasty bugs.

Since we’re talking new software, and not hardware, these updates are available now through the ONE R firmware, Insta360 app (iOS and Android) and Studio desktop software (Windows and Mac).

So what’s new? Well, for this round of fresh under-the-hood code Insta360 have tackled these core features:

So let’s dive into these new features one by one, shall we?

In-camera stabilization is nice but sometimes a litte more control is needed. “Horizon Lock” leveling is now available for the 4K Mod and 1-Inch Mod. Particularly useful for action scenes or whenever it’s difficult to hold the camera steady, Horizon Lock keeps the footage upright and levelled when shooting in Pro Video Mode (FlowState Stabilization) at 30fps.

More specifically the feature is called 360° Horizon Lock and its used for horizon levelling of full rotations (exported with a narrow field of view). Insta360 will add more modes over time that utilize this Horizon Lock feature.

Loop recording is a new function that allows for continuous video recording, whereby previously recorded footage is deleted to allow new footage to be captured. With any of the lens mods, Insta360 ONE R can now be used as a dash cam for example, with a max video length of 30 minutes.

Creators can also use loop recording to shoot continuously while they wait for a key moment to happen without hours of wasted recording media space.

The 4K Mod and 1-Inch Mod now have a new frame rate option of 4K 50fps, when shooting in Pro Video Mode.

Furthermore the Vivid color profile for the 1-Inch Mod has received a complete makeover to help creators get better, more vibrant colors straight out of the camera. In addition, four different image sharpness options are now available for all Insta360 ONE R mods. Sharpness can be adjusted in-camera.

This update also introduces two new Shot Lab templates, adding to the continually growing list of smart editing templates in the Insta360 app. “Horizon Flip” automatically mirrors your surroundings in the sky for a futuristic effect.

On top of that, creators are now able to apply AquaVision 2.0 to their footage, an underwater color correction algorithm, that has been improved to make colors more vivid and realistic. AquaVision 2.0 is available for all ONE R mods now, including the 360 Mod.

Car MultiView is a fun editing feature that displays a split screen of the road ahead and the car’s interior. With the ONE R 360 Mod mounted to the windshield or the dash, the camera captures a complete, wide-angle view in both directions.

Along with the added features above, the new v1.2.59 firmware improves on existing features as well:

Some of the above new features and improvements will also trickle down to other cameras, such as the Insta360 ONE X2. It will receive the updates for Shot Lab, AquaVision 2.0, and Car MultiView.

The firmware update itself is free of charge. Since the Insta360 ONE R is a mudular camera, pricing depends on your choice of modules. The One R 1-inch Edition is $549 and the ONE R Twin Edition is $479.

What do you think? Is the Insta360 ONE R something you’d consider for your projects? Share your thoughts in the comments below!