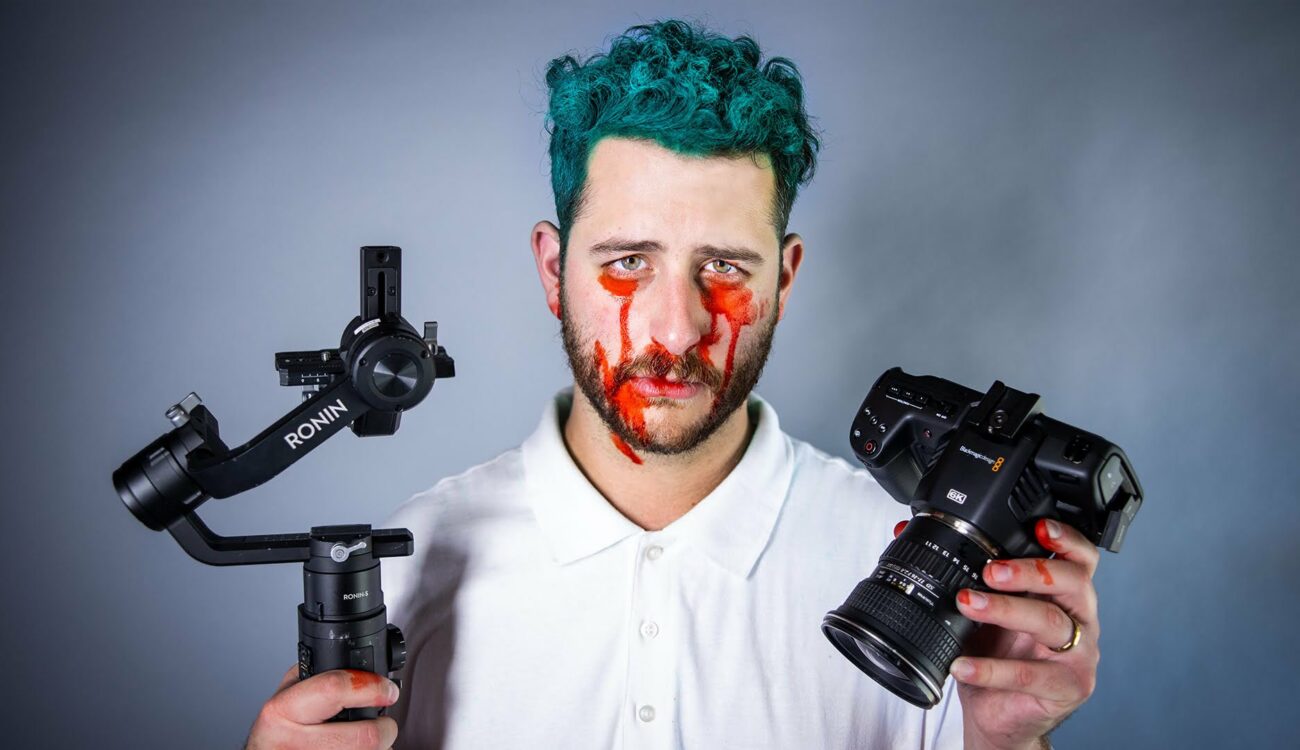 Dave Maze is known for his highly energetic videos on his YouTube channel, and a big part of his popularity is due to his personality. His videos are fun, humorous, and packed with great takeaways and unique opinions.

But it’s not just Dave’s on-camera performance that entertains us. Dave is also very skilled in delighting audiences with his colorful editing. He takes loads of images and videos from all over the web and incorporates them into his unique videos in a natural way that exudes internet culture. He makes it look so easy, almost like magic (we’re pretty convinced, that in his former life Dave was actually a magician).

In his course on MZed, Speed Editing in Final Cut Pro with Dave Maze, Dave walks us through his entire editing workflow, which he’s worked over and refined thousands of times over the course of his YouTube journey. In one lesson, “How to Become a Meme Lord,” Dave specifically goes into his process of including other media, such as images, videos, and gifs from various corners of the web to spice up his YouTube videos. Watch a preview of the tips Dave shares in the lesson above!

As long as you are not stealing, or sharing without permission, incorporating other people’s videos into your own is a natural part of YouTube culture. As Dave says in the lesson, “It’s all under Fair Use and helps to enhance your storytelling.”

He continues, “and you don’t actually have to rip other people’s videos. You can rip your own videos, pull images from Google Images, these are all things that make the edit and make the video feel bigger, they make it flow faster, and it’s just part of the language of YouTube.”

The app for doing so that Dave recommends is Downie, which makes it a breeze to download videos from YouTube or thousands of other sites. On Dave’s recommendation, I’ve purchased Downie, and wow! It’s good. I’ve tried lots of other free browser extensions and websites, which are all loaded with ads, pop-ups, and spammy links. For years I’ve also used MacX YouTube Downloader, which works but the process is slow and clunky, and it loads an advertisement tab after every video download, which is annoying.

Downie, however, is a simple and clean drag-and-drop app, with no ads. Or instead of dragging a link into the app, you can use a browser extension that enables you to easily click on the Downie icon in your browser toolbar while watching a video, and it automatically starts downloading the video in the app.

To purchase a lifetime license only costs $20, but Downie is also included in the SetApp monthly subscription which gives you 200 different Mac apps from a wide variety of developers at only $10/month.

The beauty of Downie is it downloads the highest quality video available, up to 8K, and it can automatically convert videos to MP4. This is a huge time saver because often a YouTube video can only download in 4K in the WebM format, requiring you to manually transcode it in a different app. Downie does this all automatically for you.

Another tip Dave suggests is to simply add the word “Green Screen” to any of your searches on YouTube, and you can find all sorts of free transitions, wipes, titles, templates, and more. Of course, you can’t edit the titles, but sometimes you just need pre-existing text that you can apply to your own video.

For example, I’ve just tried searching for “wow green screen” on YouTube, and there are all sorts of memes that would make a YouTube video fun. Like Keanu Reeves Eating and Crying, with a green screen.

Just make sure the video explicitly says it’s free with no copyright, rather than a demo video of a paid purchase.

Using a stack and blur effect for videos that aren’t 16:9

If you want to use a video or image that is square or vertical, Dave recommends applying a “stack and blur effect.” You’re probably aware of this effect even if you haven’t used it yourself – it’s common on talk shows and news broadcasts.

Essentially what you’re doing is stacking two copies of the video or image on top of each other. And then for the bottom layer, you increase the size so it fits the 16:9 frame, and apply a heavy dose of blur to it.

A few tips: ensure you disable the audio from the bottom layer, play around with the exposure, color, opacity, and blur levels of the bottom layer until it naturally fades into the background and becomes unnoticeable, and try using a border around the top layer to further separate the stacked images or videos.

You can add excitement to YouTube videos using pre-existing media in all sorts of ways. For example, you can place small images or video clips inside your frame, sort of like the old newscaster look. You can add sound effects, and there are many available to download for free on YouTube. And of course, you can go wild with animated texts, clip transitions, effects, and more.

But as Dave says, “by simply pulling in videos from the internet, by finding green screen titles and graphics, it just saves you so much time, you don’t have to create them yourself. You can pull old commercials, you can find other people’s content that makes sense to reference in your videos.”

“But if you are going to use someone else’s video, it is a typical rule of thumb to credit them. It’s the right thing to do, in my opinion.” You can add both on-screen credits, an embedded link button in the YouTube video, as well as credit and link in the description.

If you want to learn more about when you can or cannot include other video clips in your own videos, head over to the YouTube Fair Use Policy.

As an MZed Pro member, you also get access to over 300 hours of filmmaking education, including Speed Editing in Final Cut Pro with Dave Maze, plus we’re constantly adding more courses (several are currently in production).

CineDアカウントを作成
You are going to send email to
Move Comment