During our cinema5D Virtual Show, we had the occasion to talk with Tõnis Liivamägi, founder of Kinotehnik, about the success story of the original LCDVF for DSLR cameras ten years ago, and its latest LCDVF BM5 for the Blackmagic Pocket Cinema Camera 4K/6K. Let’s take a closer look at it! 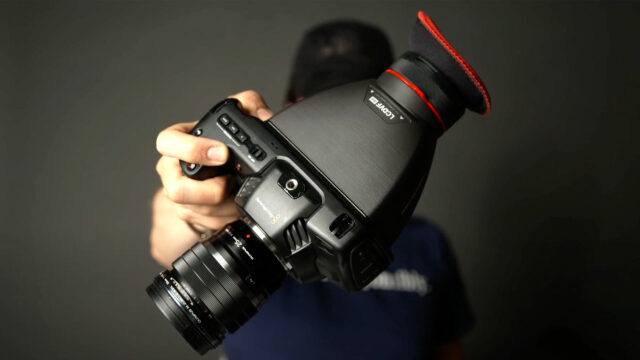 To better understand the Kinotehnik story, we have to come back in time more than ten years ago, in 2009. At that time, the Canon EOS 5D Mark II is out for a few months, and filmmakers all over the world start to realize that this camera is the real definition of a “game-changer.” Otherwise, the LCD screen on the back of the camera is not articulated. It is hard to see what you are filming in bright daylight, and there is no built-in EVF like in every modern mirrorless camera. Also, external electronic viewfinders are something that does not exist at that time.

To solve that problem, Tõnis Liivamägi, an Estonian filmmaker, had an idea: a detachable loupe to correctly see your camera screen in bright daylight, and help you with focusing. The loupe attaches directly to your camera LCD via a magnetized frame and some magnets on the loupe. After a couple of prototypes, Tõnis started to share his original idea on the cinema5D forum, and it went viral. Kinotehnik was born with its first product: the LCDVF.

As Tõnis told us, the first 300 units of the LCDVF were sold to cinema5D customers in the early days of cinema5D when we still were a big forum site. At that time, he was doing everything on his own in his apartment. I think that Tõnis nailed it at an affordable price for independent filmmakers, which vastly contributed to its success. The rest of the Kinotehnik journey is pure history, and they sold more than 100.000 units of the original LCDVF all over the world.

It’s great to hear the backstory of such a legendary product. I think that every filmmaker in the Canon T2i/7D/5D Mark II era had one LCDVF in their bag, next to an ND filter. We can call it the “DSLR Starter Kit” ten years ago. To this day, the LCDVF is still a must-have for DSLR camera shooters that don’t want to use an external monitor or an expensive electronic viewfinder. 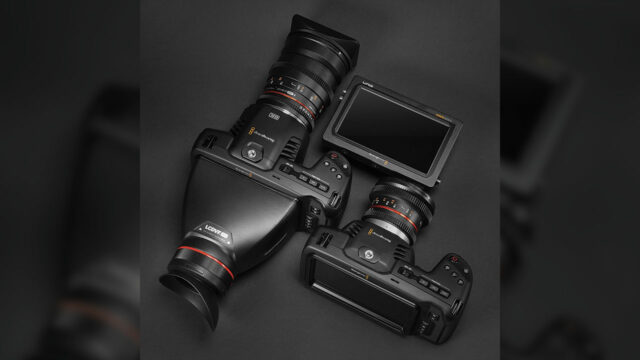 The Kinotehnik LCDVF BM5 was launched in October 2019, and we can say that this is an LCDVF on steroids to fit the massive 5″ display of the Blackmagic Pocket Cinema Camera 4k/6K. The LCDVF BM5 magnifies the LCD of the BMPCC 4K/6K by 200% and blocks all ambient light when you’re shooting outdoor.

To attach the LCDVF BM5 to your camera, you need to stick a thin metal frame around your display. Then, the loupe attaches to the back of the display with some strong magnets. Also, it’s really to take it on and off if you need to adjust your camera settings on the screen. 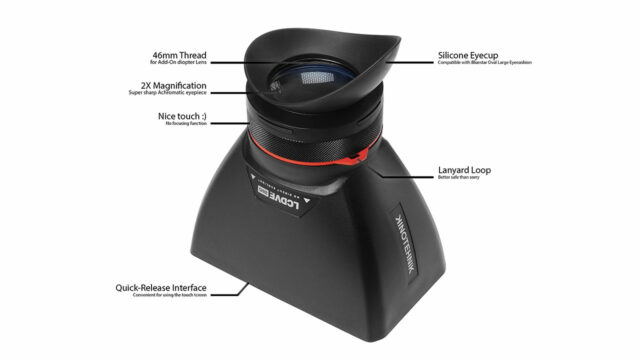 The Kinotehnik LCDVF features an AR-coated and optically corrected lens with a 50mm clear aperture. The large eyecup can be flipped 180 degrees, which allows either left or right eye usage, even with glasses. Otherwise, there is no built-in diopter, but it features a 46mm threading to attach diopter correction lenses. 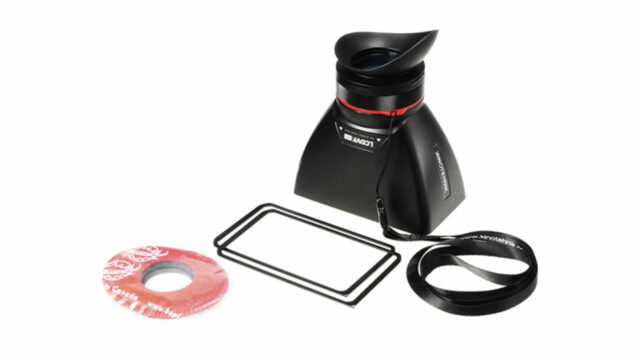 What do you think about this new Kinotehnik LCDVF BM5? Did you ever use the original LCDVF back in the Canon 5D Mark II days? Let us know in the comments below!