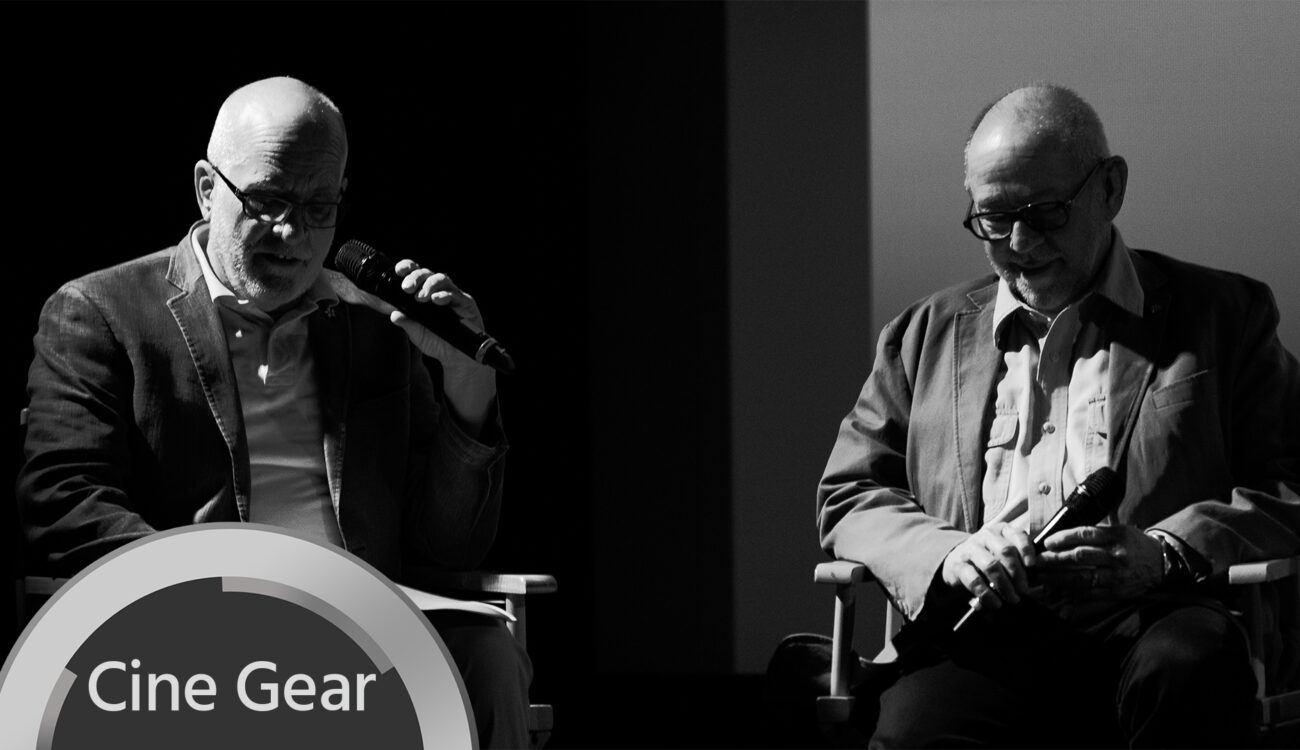 The mind of a filmmaker can be set to dreaming with little stimulus. Putting 17,000 filmmakers on the lot where they shot The Godfather, surrounded by the latest and greatest of the tools they use to bring those dreams to life, provides more than a little stimulus. The attendants of Cine Gear 2019 at Paramount Pictures walked away from the expo with fists full of swag, pockets full of business cards, and heads full of advice from captains of our industry. Read on to catch a gem or two of inspiration from the Cine Gear panel: Landing the Gig and Building a Career. 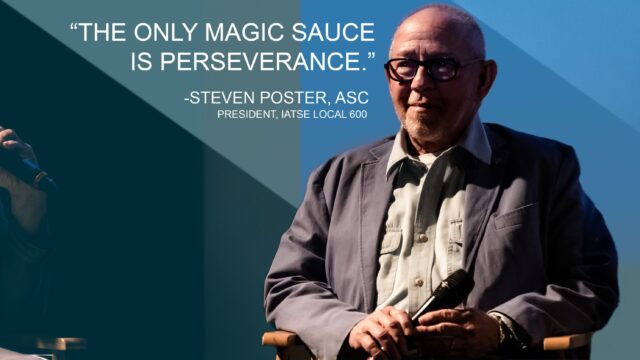 Sponsored by Local 600 and moderated by Michael Chambliss of ICG, this panel covered how to cope with the many stressors of being a freelance filmmaking professional as well as how to set goals, stay motivated, and chase after those gosh darn dreams. Even for Cliff’s Notes, these can get a bit long, so here’s part 1 of 2:

Sheryl Main
Streamline your goals, and if you’re not really sure how, try and meet with professionals who can help you figure it out. Then be really vocal about your goals. There really is no plan. “You think you can plan out your career, but you can’t.” If an opportunity presents itself that isn’t in alignment with those goals you set, be flexible. You never know where that opportunity may lead. Be open, but be focused on what you want to do, and then believe in yourself.

Yen Nguyen
Be vocal about what you ideally want to do, so that people have that association in the back of their heads, but first tackle what is at hand. Wherever you are, be focused on that position. You can say, “Today I’m seconding, but eventually I want to buy a rig and be a Steadicam op.” That way, they know you’re happy in your job for the day, but they can also help you with your goals. If you say, “I’m really a Steadicam op, but today I’m seconding, everyone will think, ‘Then why are you here?’” Always show up with your A game to the job you’re on, regardless of the budget of the project or how well that job fits into your master plan.

Steven Poster, ASC
When the current Local 600 president was a wide-eyed, camera department newbie, an old stagehand pulled him aside, and gave him two pieces of advice he now extends to you:

Don’t expect every shoot to be like the last. You have to be adaptable to the different ways that directors and DP’s do things. In the long term, use what you observed that worked really well, and remember what really didn’t extract the best methods from each working relationship, and add it to your toolbox.

Sheryl Main
Don’t get caught up in why you didn’t book something. You have to believe in yourself.  Confidence is a big deal, even if it’s fake.

David Hirschmann
Show up and listen. Find out whose vision you’re following. Different jobs have different vibes. Take the temperature of the environment, and know how to act on set accordingly.

Donte Lee
The work isn’t going to come to you. Even when Donte was in school in North Carolina, which doesn’t have floods of production opportunities, he would check Craigslist postings for gigs. On the weekends, he would hop a greyhound bus to day play on a production in DC. Often there were times when he knew more about how to make a movie than the people who hired him, but he wanted to work, so he went after it. Moral of the story: be a go-getter.

Bill Dispoto
Don’t chase other people’s careers. Hone in on what you do well and keep doing that. 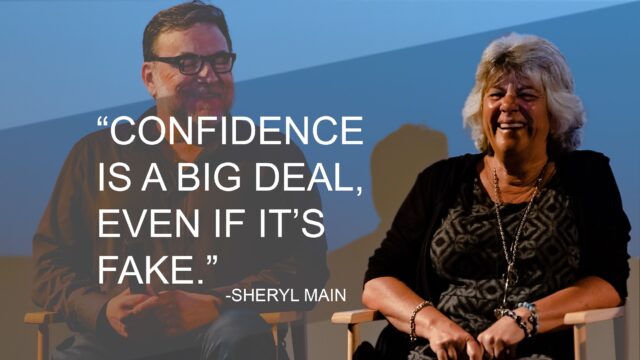 On Being a Worthwhile Crew Member

David Hirschmann
Be nice: be yes before no. Be available, even if it’s just on text message. People who are hard to get ahold of or who don’t communicate with their current production don’t work as much.

Bill Dispoto
Work on your listening skills. Most of the time, people are just thinking about what they’re going to say next. If you’re the only one listening, you may be the only one who actually understands what a director or a producer wants, and then you add to your value. This will help you on set, but even in a meeting, listening is a key. Have a few tricks in your bag. Be malleable, so that if whoever is hiring goes left instead of right, you can meet them where they are and offer what you can contribute.

Donte Lee
“I look for people who I wouldn’t run away from if we weren’t on the job. I’d rather hire someone I want to be around over someone who might actually have a little more skill.”

Bill Dispoto
Back in the 90s, you could be a diva. You could be a screamer. We would excuse bad behavior in the name of talent. Now that doesn’t work. There are so many talented people in the business that can do the job just as well as their bad-tempered peers, so to be competitive, you also have to be likable.

Sheryl Main
We’re in an age where every action on set or in a meeting could become public. It used to be that you could put a spin on bad behavior (or hire a great publicist to help), and blame it on a back spasm or a diabetic episode. You can’t do that anymore.

Really be mindful of your behavior and what you say. Now more than ever, your conduct can influence whether or not you work again.

David Hirschmann
Show up, listen. Find out whose vision you’re following. Take the temperature of the environment, and know how to act on set accordingly. 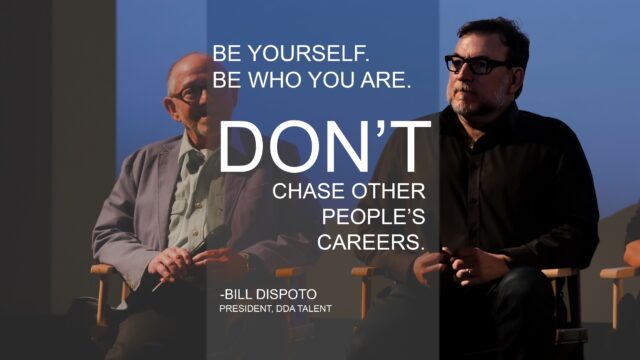 On Working for Free

Steven Poster, ASC:
Don’t do anything for free that your heart isn’t in. If you’re going to be giving of your time, then give it to a story that interests you. He added that if you work too often for the same people for free, they think of you as that person who works for free, so know your value. Poster recalled a time when he was DPing a passion project, and the director took a call in front of him. Unabashedly, that director was requesting the producer on the other end of the line secure the DP he wanted, and it wasn’t Stephen.

Dave Hirschmann
The cam op said in his experience, only 50% of freebies end in a paid day. If you can accept that and align your expectations accordingly, you may save yourself some heartbreak.

Yen Nguyen
“BE. HUMBLE. Freebies are a great place to make your mistakes. Nguyen told a great story about when she was starting out and unknowingly double loaded the film. Luckily, the producers actually preferred the result, but it was a very expensive mistake, and Yen was happy to have made it on a freebie. She also spoke about knowing your weaknesses and using every opportunity to learn. If someone calls her to see if she can come and help with a test on gear she isn’t as familiar with, she seizes the chance to learn when she can.

Sheryl Main
“I don’t think anyone should ever have to work for free,” said Main, which received a roar of applause from the crowd. She then amended that one can form vital relationships on passion projects but not to make a habit out of doing it for free.

I know you all have things to say about working for free… Sound off below!