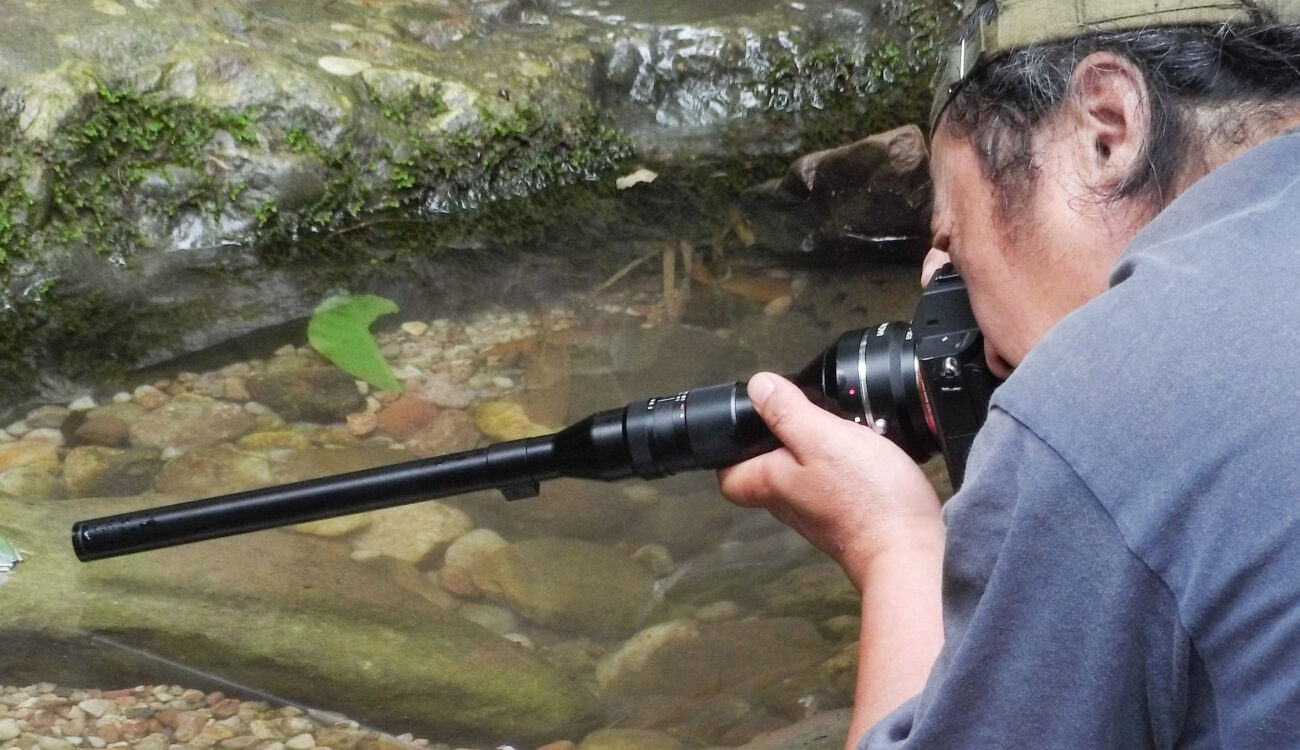 Venus Optics launched a new Kickstarter campaign on a somewhat old lens: The Laowa 24mm f/14 macro probe was announced back in 2016 at their Photokina booth. Now, almost two years later, that very lens is the headliner of a Kickstarter campaign. Let’ have a look at this thing and compare it to the 2016 prototype design as there are some significant differences to be found!

This “lens” is really something special. It’s a 24mm wide angle lens but at the same time it’s a 2x macro lens. I never encountered a lens with these two characteristics combined. And if you did, here’s yet another feature which proofes the uniqueness of the Laowa 24mm probe even further: It’s 40cm (15.75″) long!

When we stumbled over the very weird looking Laowa 24mm f/14 macro lens back in 2016, we simply had to cover it. The design was (and is) so unique you might end up asking yourself: What the hell is it? Well, it’s a macro lens but not an ordianry macro lens, obviously. It offers a focal lens of 24mm, so we’re looking at a wide angle lens here. 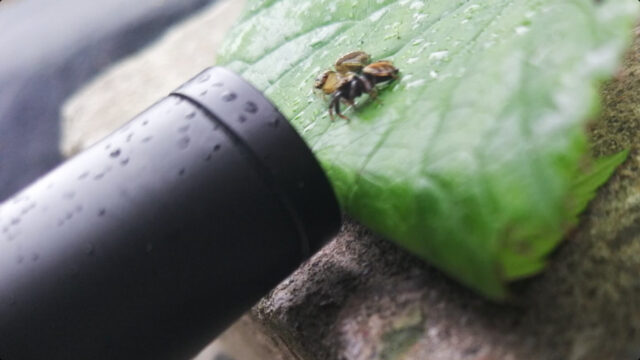 But this wide angle lens is a 2x macro lens at the same time and it comes in a very odd 40cm housing. That’s also the reason for its strange f/14 aperture, the front element is just too tiny and the lens itself is just too long for allowing a faster f-stop. Check out those videos for a rundown of all the things this lens is capable of:

This 2018 version of the Laowa 24mm f/14 lens differs slightly from the 2016 prototype version, though. There are some neat additions to the design: LED ringlight, updated overall design and a waterproof and dustproof front barrel.

The Loawa 24mm macro probe lens definitely allows for some very unique shots but at f/14 you’ll need a lot of light, indeed. Therefore, Laowa decided to implement a LED ringlight right at the tip of the lens. With it you’ll be able to illuminate your subject even in the darkest spots. Dead frontal light isn’t the most pleasing way of lighting a scene, obviously, but at least you’ll be able to get some decent shots with this ringlight (micro USB powered, the port is on the lens barrel itself).

The most unique feature of this lens is certainly its massive length. It might be seen as a disadvantage (think of packing this lens into your bag..) but in reality this design opens the door for a whole new style of shooting: You can get macro shots of objects from a safe distance, you can perform a “push-in” between small objects too narrow for a camera to fit through. The relatively short focal length of 24mm is pretty unique, too. But since a shorter focal length results in a deeper depth of field, you can capture even more from the surrounding rather that end up with completely blurred background.

Another benefit of such a long lens barrel is the fact that you won’t end up casting shadows from the lens itself on your subject. And, lastly, the waterproof front barrel offers creative flexibility which doesn’t end on water surfaces.

The Laowa 24mm is available for backing. That means, you’ll hand over your money to Laowa and therefore support them making this lens a reality. While working prototypes exist already, mass production is different kind of thing. But since we’re talking about an established company with an experise in making high quality lenses, the risk should be manageable.

This is some pretty advanced lens design.

In 2016 Laowa claimed to be ready for market in 2017 but it took them a full year longer. The reason for that is the really complicated lens design. Although this lens might look a little bit like a toy it’s a pretty advanced piece of gear, really. It consists of 27 elements in 19 groups. That’s a lot! it weights 474g (16.72 oz) and you can choose between Canon EF, Nikon F or  Sony FE mounts. Or, for an additional $200, you can get a PL mount version. If you choose the PL version, the focus and aperture rings will sport 0.8 pitch gears. 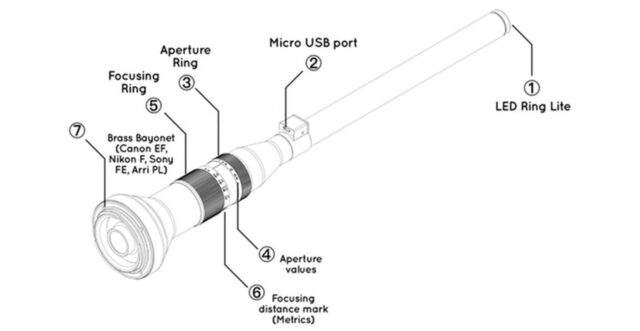 Early bird tiers start at $1,099 and if everything goes smoothly, first lenses will be shipped by December 2018. The final price after this Kickstarter campaign will be around $1,500.