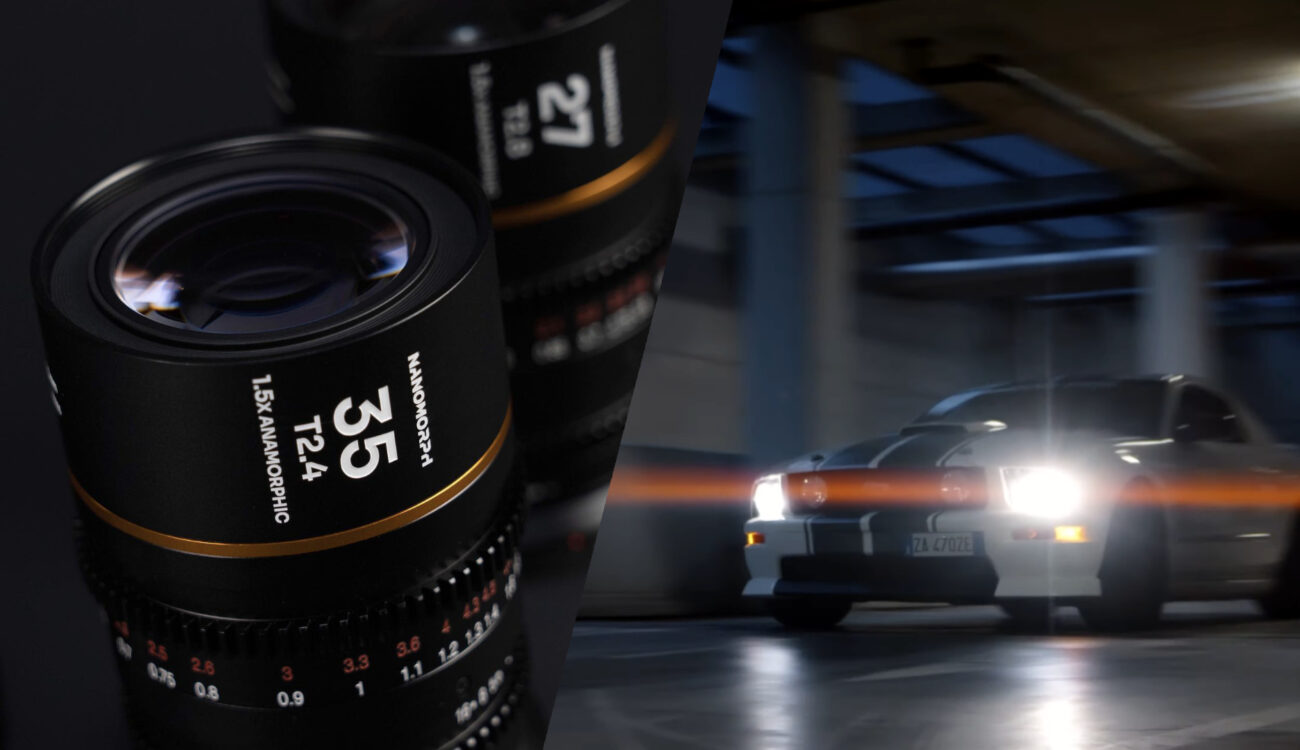 Venus Optics (Laowa) has just released a tasty teaser about its upcoming anamorphic lens series. This is a first for the company that specializes in, well, special lens designs. Let’s take a look at what’s to come!

UPDATE: Laowa has released more information about their upcoming Nanomorph series of anamorphic lenses: it will consist of three focal lengths, 27mm T2.4, 35mm T2.4 and 50mm T2.8, all with a 1.5x squeeze factor and all weighing about 300g (3xx g, according to Laowa). That’s pretty light for an anamorphic lens design! The entire set will be marketed via an upcoming Kickstarter campaign, but the exact timing and price are still unclear.

“Who says Anamorphic lenses must be cumbersome? The upcoming Laowa anamorphic series weighs only 3xxg each. It’s revolutionarily small! 🤏🏻
It will be available to grab on #Kickstarter soon. Follow us for more details. 🙌🏻 #Nanomorph“
(Laowa via Instagram)

Laowa has already gained some experience in the cine market with the OOOM 25-100mm T2.9 cine zoom and the 1.33x anamorphic rear adapter, but now they seem to be pushing a bit more and are about to enter the market for true anamorphic glass.

They have released a teaser clip on YouTube showing just a few shots presumably taken with the upcoming anamorphic lens(es), but nothing more. No specs, no focal lengths, no anamorphic squeeze factor (2x, 1.66x, 1.33x, …) Some specs (see update above) have been revealed but no mount options, yet.

To be the first to know, you can subscribe to the mailing list here. When will this new anamorphic lens series be launched? We don’t know, but Laowa states it will be dropping soon™️.

I’m quite curious to see what Laowa has in store for us here. Being such an interesting company, I’m sure they’ve put some thought into this new development. Especially with their designs already available, such as the strange but fun 24mm macro probe lens, I’m sure Laowa will come up with some cool ideas here.

The market for affordable anamorphic lenses is certainly there, as other companies like SIRUI (read Johnnie’s article on the 75mm 1.6x full frame anamorphic) or Vazen (article here) are quite popular with indie filmmakers who want to utilize anamorphic lenses for their films.

What do you think Laowa will release here? Would you consider taking the anamorphic route as more and more affordable lenses hit the market? Share your experiences below in the comments!