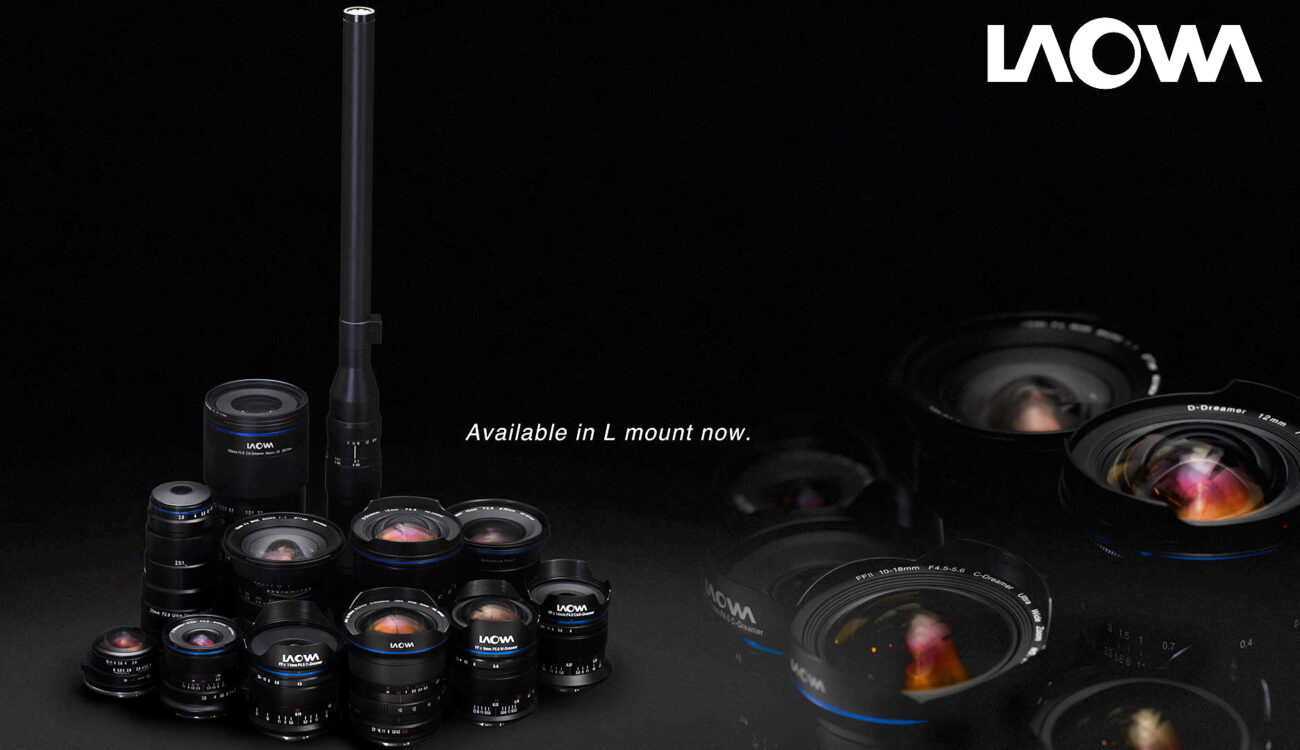 This one-of-its-kind circular fisheye lens produces a circled image with a large part of the sensor remaining black. On an APS-C or full-frame camera, the black part should be quite large, but it’s a fun lens to play with!

The lens design consists of seven elements in six groups, with a seven-blade aperture diaphragm.

Next is the Laowa 9mm F/2.8 Zero-D that will now also be available in L-Mount. This lens is available in FUJIFILM X, Sony E, Canon EF-M, DL, and MFT mounts. If you missed it, you can watch our conversation with Kevin from Laowa about this lens here.

The Laowa 9mm F/2.8 Zero-D is perfect for real estate and landscape shots, giving you a vast 113° angle of view. The lens design has two aspherical elements and three extra-low dispersion elements for well-controlled chromatic aberration, as well as “Zero-D” for a close-to-zero distortion.

The Laowa 25mm F/2.8 2.5-5X Ultra Macro is, as its name suggests, optimized for macro shooting between 2.5X – 5X life-size. It has an extended working distance (45mm at 2.5x & 40mm at 5x) and a small lens barrel with a bright F/2.8 aperture. An optional LED Ringlight and Tripod Collar are available for added control and precision operation.

Last, but not least, is the Laowa 24mm F/14 Probe Lens that’s now available in L-Mount. My colleague Nino already reviewed this unique lens, in case you missed it.

As a quick reminder, this lens has a 2:1 magnification ratio and allows for extremely creative macro shots. Designed from the ground up, the lens design consists of 27 elements in 19 groups, with dimensions of 408mm/16″ long and a diameter of 38mm/1.5″.

What do you think about these new Laowa L-Mount lenses? Are you already investing in L-Mount lenses or are you adapting other lenses? Let us know in the comments below!