I reviewed Laowa’s 24mm f/14 Probe Lens which has used to be available on Kickstarter (now you can order it here) – we reported about it here. Let’s see what it can really do!

Two years ago at Photokina I shot an interview with Kevin from Chinese lens manufacturer Venus Optics about the prototype of this lens under their brand “Laowa”.

The video got around 2.5 million views so far and for some reason it’s become the most popular video on our YouTube channel, unbelievable.

Now after two years it finally arrived for testing, and I had to take it for a spin around some bees – and our friends from MXR Productions loaned me their Phantom Miro camera to get some amazing slow motion footage. 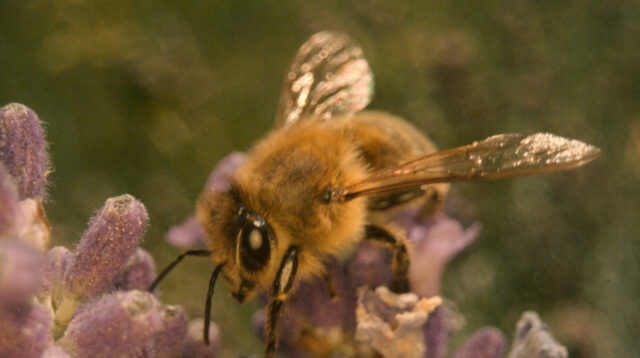 As you can see, the unusual lens design has a couple of advantages: You can get VERY close to your subject without disturbing it with a huge front element, and you don’t put yourself into much danger because you are still physically far away. And of course, the slim, long design allows you to go into narrow objects and get perspectives that would be otherwise impossible. Also, it’s 24mm wide, which is very unusual for a macro lens. This means you can see small animals as part of their environment rather than isolated when using a normal Macro lens which often has 100mm. 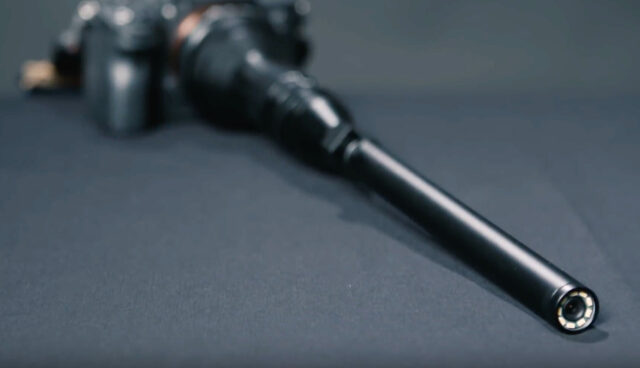 Laowa 24mm Macro Probe Lens on a Sony A7 III

What’s really cool is that the front tip of the lens is waterproof and also has an LED light built in.

When I was shooting the bees in slow motion at mostly 500 frames per second, I needed every bit of light that I could get – also because the lens has a minimum aperture of f/14, which is of course extremely slow and one of its biggest downsides.

I found the LED light which is powered through a USB micro port on the lens is particularly helpful as additional light when shooting in a bright environment already. If you use ONLY the LED light when filming in a dark environment, it makes everything look extremely flat because of the direction of the light, just like a headlight on a camera. 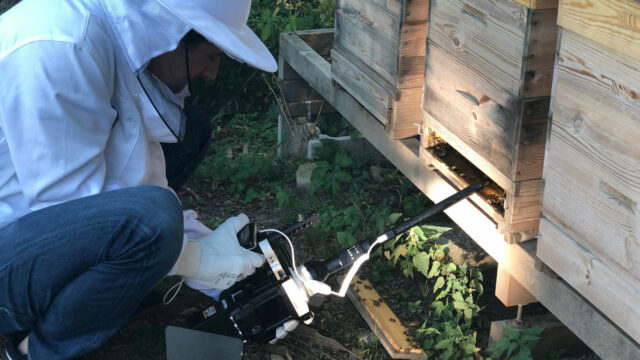 Filming with the Laowa Macro Probe Lens inside a bee hive, with the Phantom Miro super slow motion camera.

I did not to scientific tests on the optical quality of the lens but there is some color fringing that I can see – however I never expected a lens with such a complicated design to be perfect.

You can now order the lens directly from Laowa on their website by clicking here.

All in all a compelling, different kind of product that definitely is very useful for many specific use cases. I wouldn’t want to miss it in my tool kit anymore now that I know what is possible with it.

Will you be getting a Laowa 24mm Macro Probe Lens? What would you shoot with it? Let us know in the comments below.