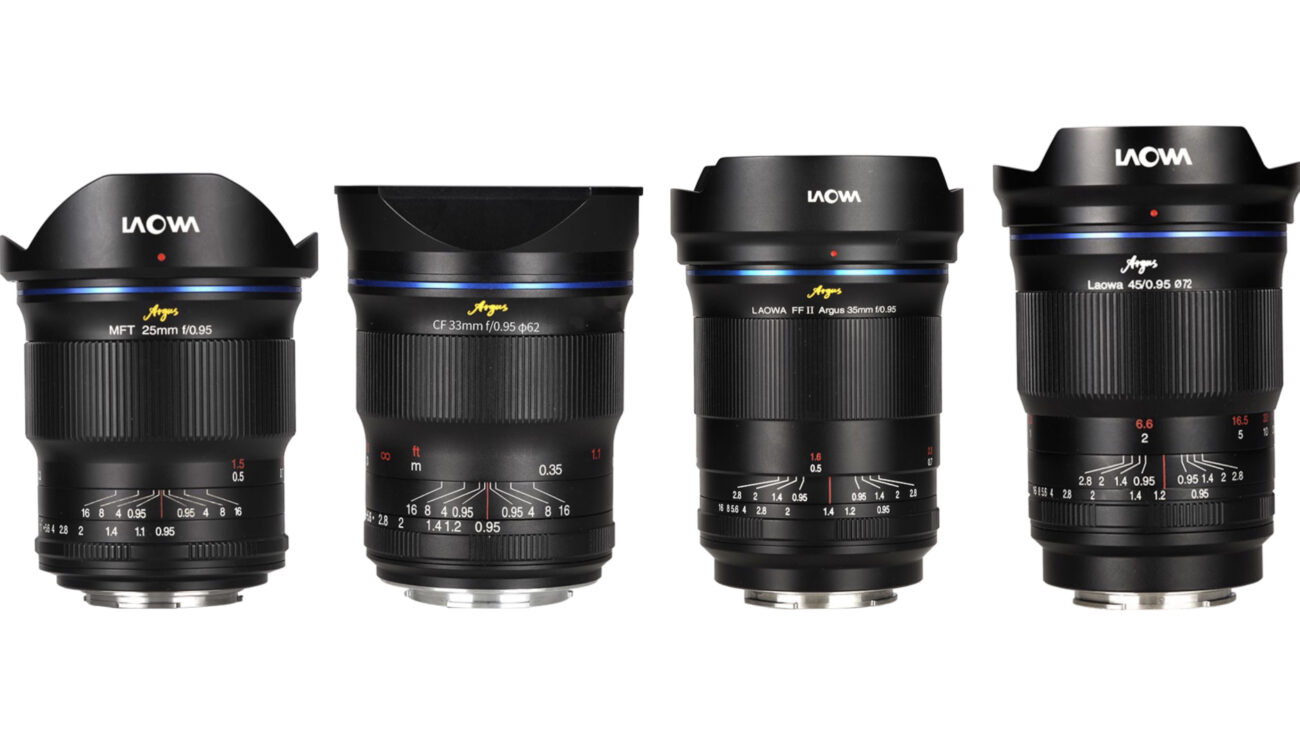 Earlier this month, Chinese lens manufacturer Venus Optics unveiled four new lenses at an online event in China, all marketed under the Laowa Argus brand. One is for MFT mount, one covers APS-C sensors, and two come as full-frame lenses. Let’s take a closer look!

Since these Laowa Argus lenses are already circulating on various rumor sites due to leaked marketing material, Venus Optics has decided not to hold such events in other regions as well, but to simply release the news without much fuss (we have written permit to report about these new Argus lenses). So here we are, with four different lenses, all bearing the Argus name – yet it is not exactly one lens line at all, but three:

Next up, the Laowa Argus 33mm is meant to be used with APS-C sensors and will produce a 50mm full-frame equivalent field of view. This lens will be available in either Canon EF-M, Sony E, Fujifilm X or Nikon Z mount.

It features 14 elements in 9 groups, which include one aspherical element, two extra-low dispersion elements and three high-refractive index elements.

Last but not least, the Argus 45mm f/0.95 offers an internal construction consisting of 13 elements in 9 groups, including one aspherical element, one extra-low dispersion element and one high refractive element. This lens shares the minimum focus distance an the front filter thread with its 35mm sibling, it’s 76.8mm (3″) x110mm (4.3″) in size, and weighs 850g (1.87lbs). Mounts are the same (Sony E, Nikon Z and Canon RF) and it will be ready for shipment in Q2 2021.

What do you think of these new Argus lenses? Share your thoughts in the comments below!