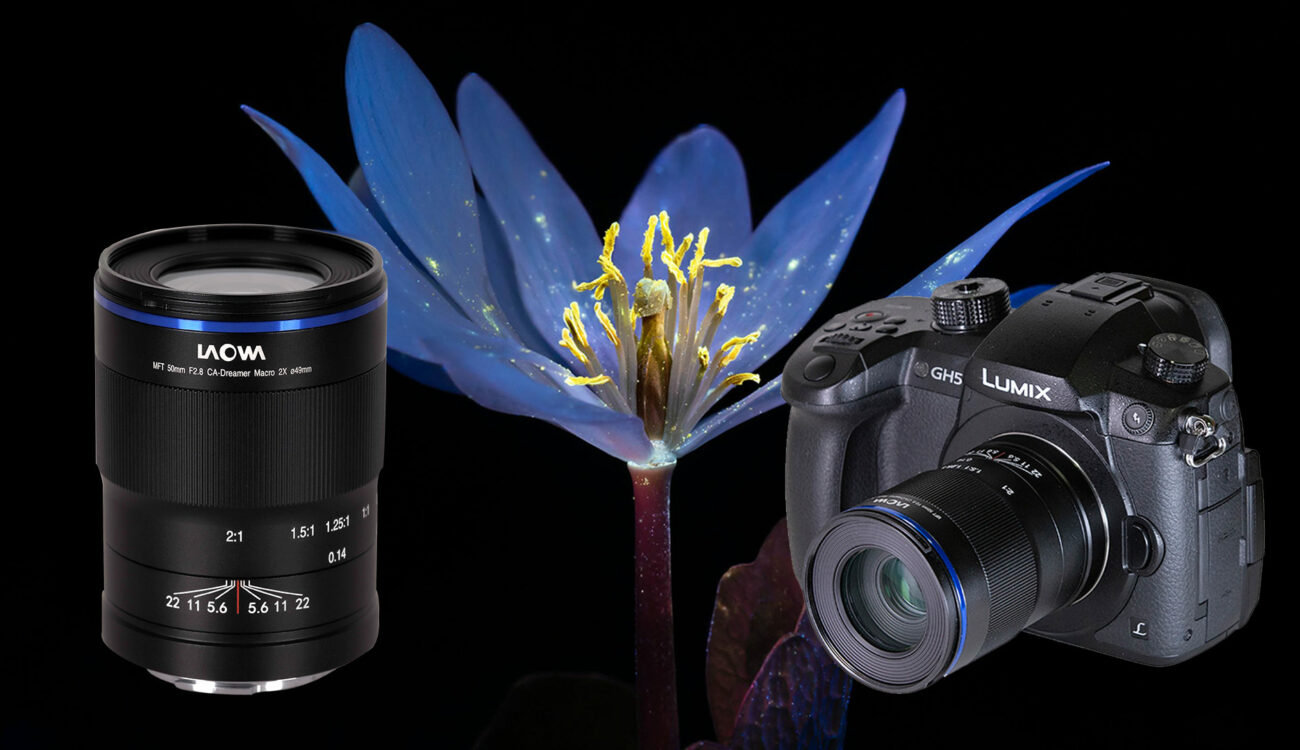 It seems that the Chinese lens manufacturer Venus Optics always tries to aim for the world’s first when designing a new lens. This time, they are releasing the Laowa 50mm f/2.8 2X Ultra Macro APO lens which, as they claim, is the world’s first 2X macro lens designed specifically for Micro Four Thirds system. Let’s take a short look at its features and specs.

The new macro lens for Micro Four Thirds cameras combines a 2X maximum magnification ratio along with a minimum focusing distance of 5.3” (13.5cm). The lens can also focus to infinity and therefore serve as a suitable portrait lens thanks to its focal length of 50mm (100mm full-frame equivalent, 24° angle of view).

The lens is equipped with a CPU chip and motor so that the aperture can be controlled via the camera body. It also sends EXIF data to the camera. If I am not mistaken, this is the first Laowa lens that offers camera connection with some kind of automatic control.

Moreover, the focus magnifier can automatically be triggered for easier focus control when the focus ring is rotated. The focus itself is, however, still manual only. The lens features an internal focus design so the length of the lens does not change during focusing.

To go with the Micro Four Thirds spirit, the new 50mm macro lens is quite compact and lightweight. It measures 3.1” (79mm) long, has a diameter of 2.1″ (53.5mm), and weighs 8.4oz (240g). As I mentioned above, the lens has been designed for Micro Four Thirds, so it only comes with the MFT lens mount.

The lens is currently available to order and as Venus Optics states, the shipping starts immediately. The retail price in the US is $399 and in Europe around €445 (excluding VAT).

What do you think of the new Laowa 50mm f/2.8 2X Ultra Macro APO lens? Did you shoot with any Laowa macro lens in the past? Let us know your thoughts in the comments section underneath the article.