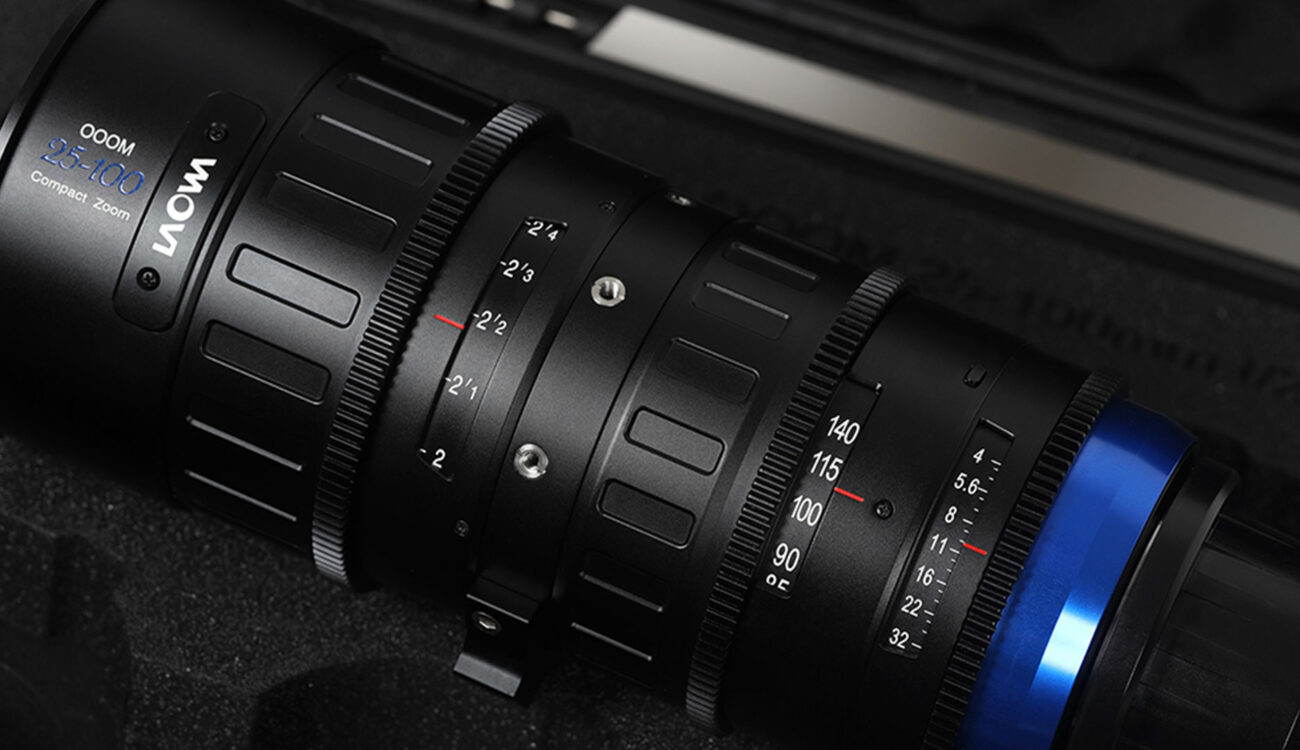 Close to two years after its announcement, Venus Optics – the company behind Laowa – is now shipping its first cine zoom lens: the Laowa OOOM 25-100mm T/2.9 Cine. This lens covers Super35 sensors, but an extender will also be available in October for Full Frame sensors. Finally, a 1.33x anamorphic adapter will also be available in October. Let’s take a closer look at this new cine zoom!

We first heard about the Laowa OOOM 25-100mm T/2.9 Cine during Photokina 2018. This cine zoom is the company’s first cine zoom, and it has impressive features:

In September 2019, Laowa announced a 1.4x expander that makes the Laowa OOOM 25-100mm T/2.9 Cine compatible with Full Frame sensors. This expander converts the zoom range from 25-100mm to 35-140mm. However, you’ll lose one stop of light, making it a constant T/4.0 aperture zoom lens.

After a lot of hard development work, Laowa is finally shipping its Laowa OOOM 25-100mm T/2.9 Cine. The lens is available now in both Imperial and Metric versions, for a price of $5000.00. It comes in a nice pelican-style case, Canon EF and Sony E-mount bayonets, a set of shims, some tools to swap the lens mounts, and front/back caps.

A bundle is also available for $6500.00 and includes the 1.33x rear anamorphic adapter and 1.4x FF expander. However, these lens adapters will start shipping in October.

In terms of comparison, the DZOFILM Pictor 20-55mm & 50-125mm T/2.8 zoom lenses, available in PL/EF mount, are less expensive at $4499.00. However, the DZOFILM Pictor lenses only cover Super35/APS-C sensors, and there is no rear adapter available to make them compatible with Full Frame cameras. Also, you’ll need two glasses to cover the range of the Laowa OOOM.

What do you think about the Laowa OOOM 25-100mm T/2.9 Cine? Do you think it would be useful in your lens kit? Don’t hesitate to let us know in the comments below!