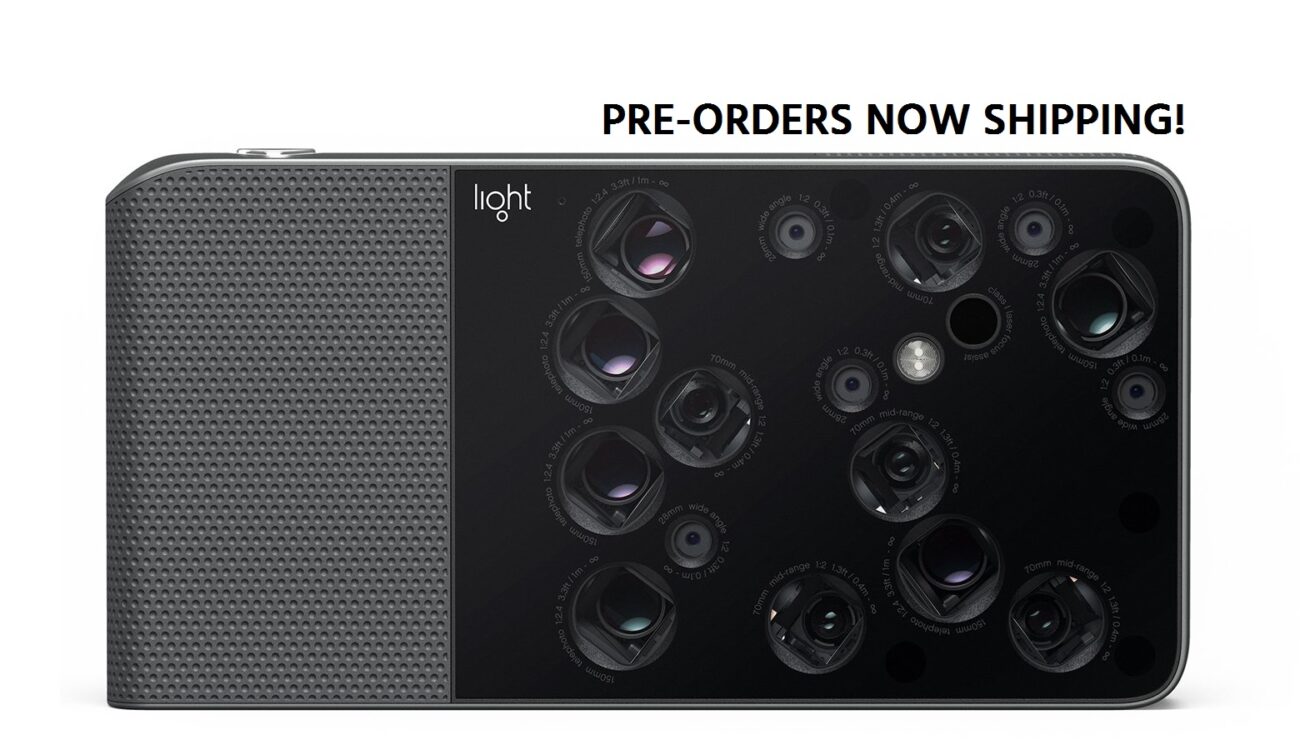 After almost four years of development, the multi-sensor, multi-lens Light L16 camera device that lets you change focus and depth of field in post production is finally shipping. 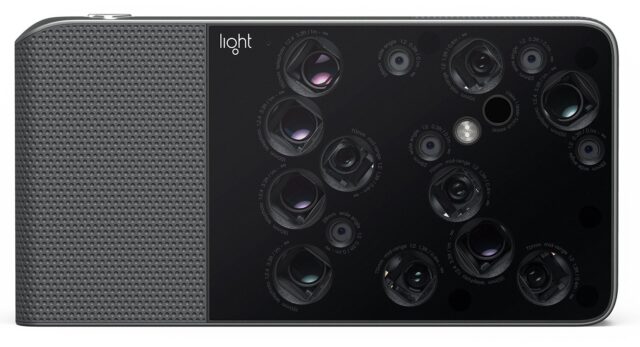 We originally reported on this interesting device already back in 2015, but had to wait until April 2017 to hear that it may become available soon. And it finally happened – on Friday 14th July the manufacturer announced that they had started shipping their product to pre-order customers.

The Light L16 is a compact device with a smartphone-like shape that incorporates 16 camera sensors and lenses with focal lengths of 28mm, 70mm and 150mm. In order to fit the longer focal lengths in such a thin body, Light had to develop their own camera modules with tiltable mirror elements. The Light L16 is able to produce 52-Megapixel photos by using multiple cameras and automatically stitching all images together. 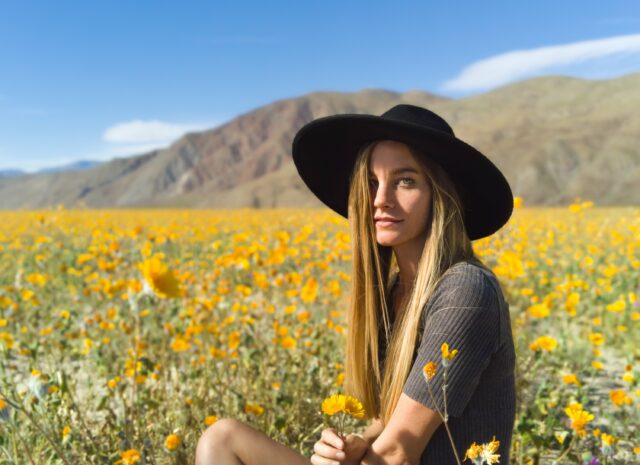 The L16 is capable of assigning different exposures to different camera modules, which not only allows for increased dynamic range and low-light performance, but also makes it possible to change depth of field and focus after taking a photo. For this purpose, the Light team has developed editing applications for both Windows and Mac, while the L16 device itself runs on Android.

Video features of the Light L16

There is not too much information available about the video capabilities of the Light L16 just yet. We already know that it should be able to record up to 4K video using a single sensor with a focal length of either 28mm, 70mm or 150mm via an upcoming software update.

The L16 is primarily designed for stills photography, so the video side of things is probably not going to be so revolutionary (at least yet). For example, we don’t have any information yet if the stitching algorithm could also be used for video recording, which would really make this a revolutionary device. However, I would be worried about the huge requirements for processing power if that was the case. However, the Video column on the L16 specs page still displays a “coming soon” message, so I think the company may reveal more precise information about the video features in the near future. 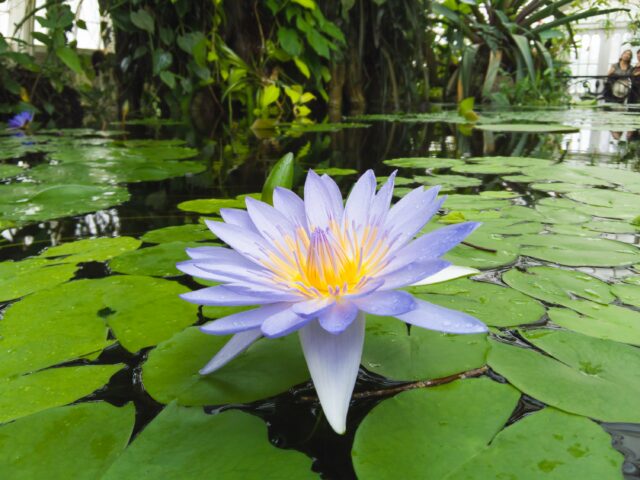 According to their website, Light will not take any new orders on the Light L16 until they ship all of their pre-order units, with an estimated timeframe for new orders in late 2017. The original pre-order price of $1.299 has been updated with a final price of $1.699. To be the first to get the latest information about availability and price, you can join the Light mailing list via their homepage.

I really appreciate the amount of innovation coming from the Light team. I can already see smartphone manufacturers being interested in the 70mm and 150mm camera modules and other technology from Light. I hope that the first generation of L16 will be a success and that we  see a big breakthrough in multi-sensor video recording capabilities, either after a significant firmware update on the first generation or with a possible second-generation L16.

What do you think? Could this be the future of imaging devices? Let us know your thoughts in the comments below!