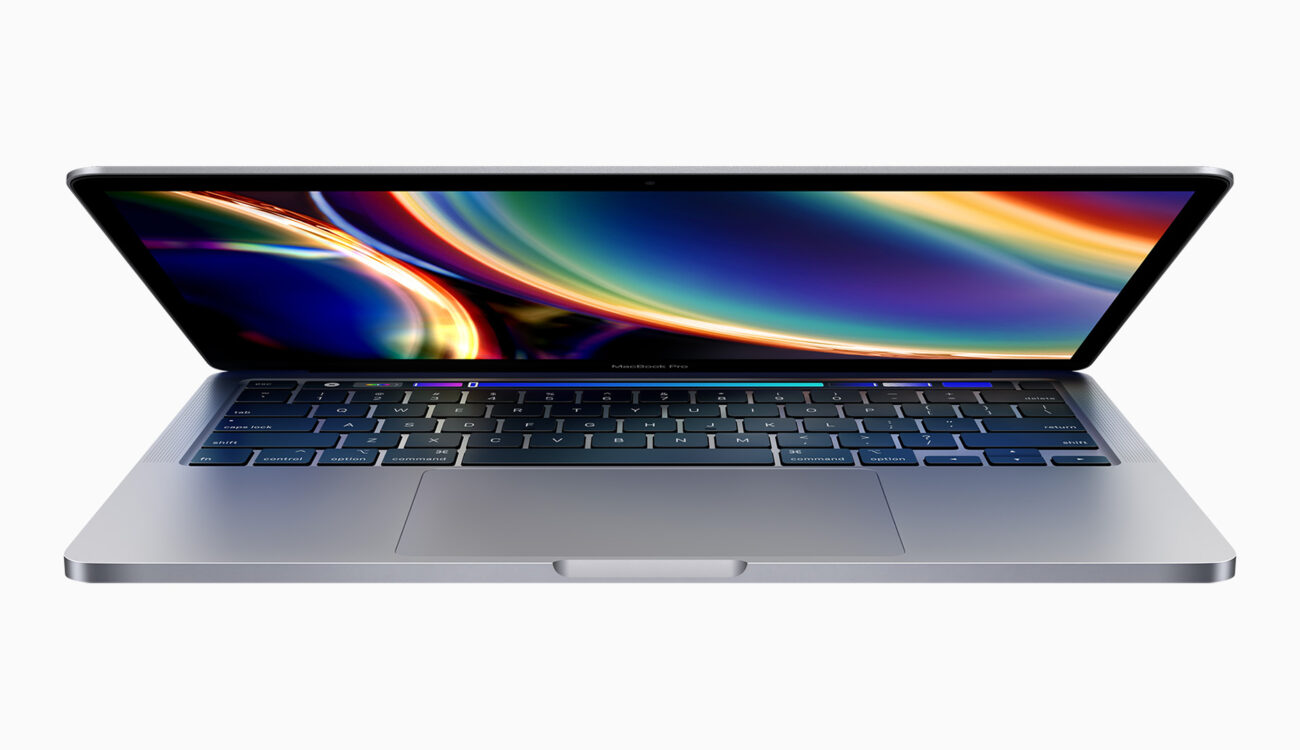 Apple’s latest upgrade to its laptop line is a new version of the 13-inch MacBook Pro. If you’re a power user the new machine would appear to have a lot of appeal, for a price. 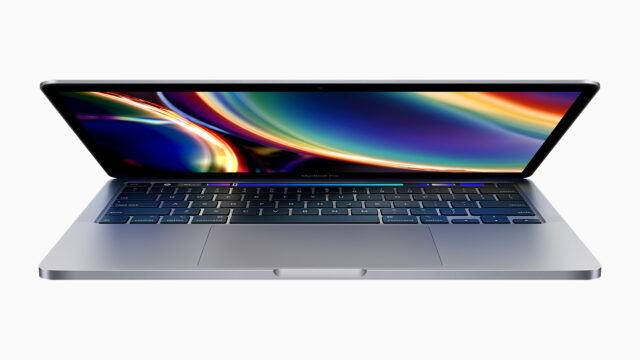 The 13” MacBook Pro has historically been seen as a ‘silver MacBook’, in reference to the original 2006 black and white MacBooks, which were aimed at general users. It has only been in recent years that the model has been given some true power, enabling it to hold the “Pro” moniker much more seriously. This year it can be said that the diminutive 13” laptop has been given an even more serious boost to its power, possibly making it an ideal compact travel companion for media professionals.

The new update isn’t a revolution. There are no big design changes, at least externally, but there are better options for people who use their machines for serious media work. The most obvious of which are the new processors.

The previous model used 8th generation Intel “Coffee Lake” processors, with options going from a 1.4GHz Core i5 with a 3.9GHz Turbo Boost, through to a 2.8GHz quad core i7, which could be boosted up to 4.7GHz at the top of the tree.

The 8th generation chips are still part of the 2020 13” MacBook Pro line at the lower tiers, but on the upper tiers Apple has introduced 10th generation processors, offering a significant power bump in the process. 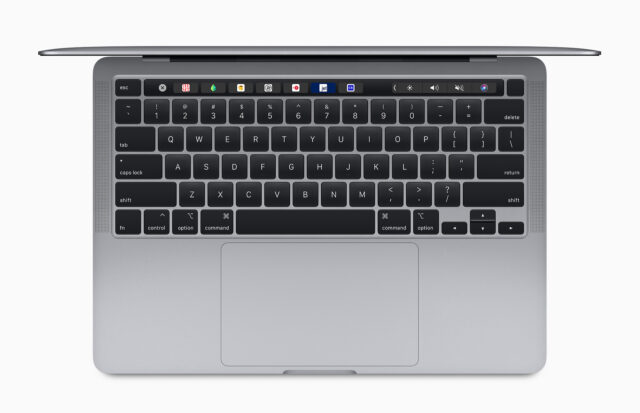 These numbers are all very well and good, but what do they mean in practice? The biggest difference in the new chips is that they have much better integrated graphics performance. Apple claims that the Intel Iris Plus system can deliver up to 80 percent faster performance over the previous generation. It’s also powerful enough to drive the new Pro Display XDR at 6K resolution at 60Hz.

Better performance like this clearly makes the machine a more serious option for editing 4K footage on the move now. The older 15” and newer 16” models are fantastic machines, but the smaller footprint of the 13” model is very attractive if you really do need to save every gram of weight and space for travelling.

How the real-world performance really is, we will only see once it’s tested and put up against competing laptops and its bigger sibling, the recently-introduced MacBook Pro 16″. 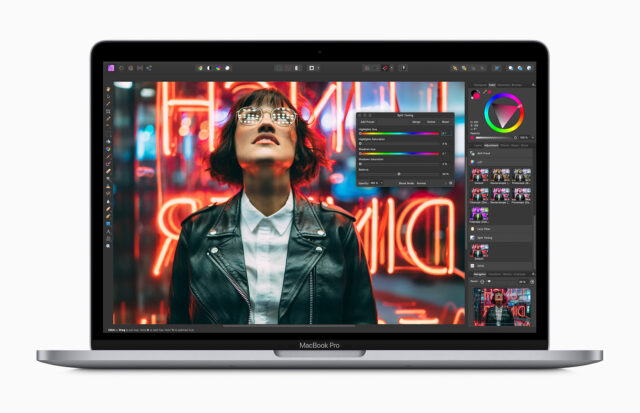 The new update has some notable graphics capability increases, making the machine even more suitable for video editing on the move. Image: Apple.

This is where the differences between the upper and lower tier options really start to show themselves. If you opt for an 8th generation CPU your memory options will be similar to last year, with 8GB as the base and a maximum of 16GB on offer at maximum. On the other hand if you opt for a 10th gen processor your options become much better, with 16GB being offered as the base configuration. This can be increased to 32GB maximum.

There’s a difference in speed, too, with the 8th gen models using 2133MHz LPDDR3 memory, while the upper tier 10th gen options use 3733MHz LPDDR4X modules.

We can only recommend opting for more RAM in these machines as it’s usually where most bottlenecks lie in terms of real-world performance, more so than with CPU speeds.

Across the board all variations have been given a significant increase in SSD storage. All models now come with a minimum base configuration of 256GB. However if you have gone for the 8th gen processor option this will max out at 2TB, while 10th gen machines can opt to have up to 4TB. 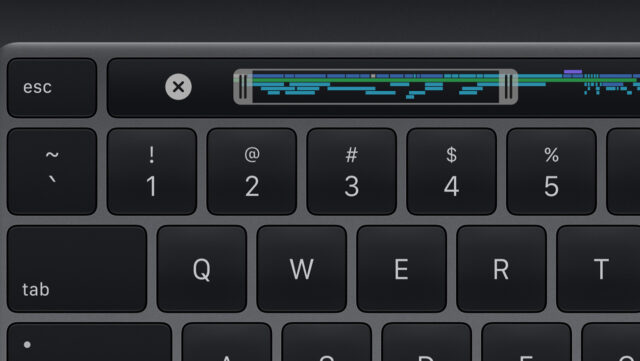 One of the subtle new changes on the keyboard is the inclusion of a physical Escape key. Image: Apple.

The 2020 13” MacBook Pro now incorporates the new Magic Keyboard, which was first introduced with the 16” model last year. This is designed to solve many of the issues that users had with the previous Butterfly system, which was often maligned for suffering stuck or non functioning keys.

The new design gives 1mm of key travel, and Apple has made some minor changes to the keyboard layout as well. For example the arrow keys were often difficult to use by feel, so it has given the new keyboard arrow keys an inverted “T” arrangement. This should reduce cursing as you hit the wrong key for the one millionth time! Apple has also introduced a physical Escape key next to the Touch Bar. This will satisfy a lot of users who didn’t like the ‘virtual’ Escape key of the previous model. Lastly, Touch ID is included for fast logging in and for digital purchases.

The display on the new model remains the same 500 nit 2560×1600 True Tone Retina display as the previous one. This is no bad thing since it is an exceptionally good display to begin with. There are some minor changes to sound, though. The new model includes “wide stereo sound” and support for Dolby Atmos. The sound from the 16″ MacBook Pro is extremely impressive, so it remains to be heard if Apple was able to pull off such an acoustic wonder also with their new 13″ version.

Price-wise, the base 8th generation model configuration comes in at US$1299, while the 10th gen options start at US$1799 for a 2.0GHz quad core Core i5 processor. Maxed out? A 2.3GHz Intel Core i7 with Turbo Boost up to 4.1GHz, 32GB of memory and a 4TB internal SSD will set you back US$3599. Not inexpensive, then. But whether you can justify this cost comes down to a business decision. Will it be productive enough for you to give it a good ROI? In many cases this will be a yes, but it will always be a choice for the individual.

Are you a MacBook Pro user? Will you be upgrading to the new 13” model? Let us know your travel editing machine preferences in the comments!