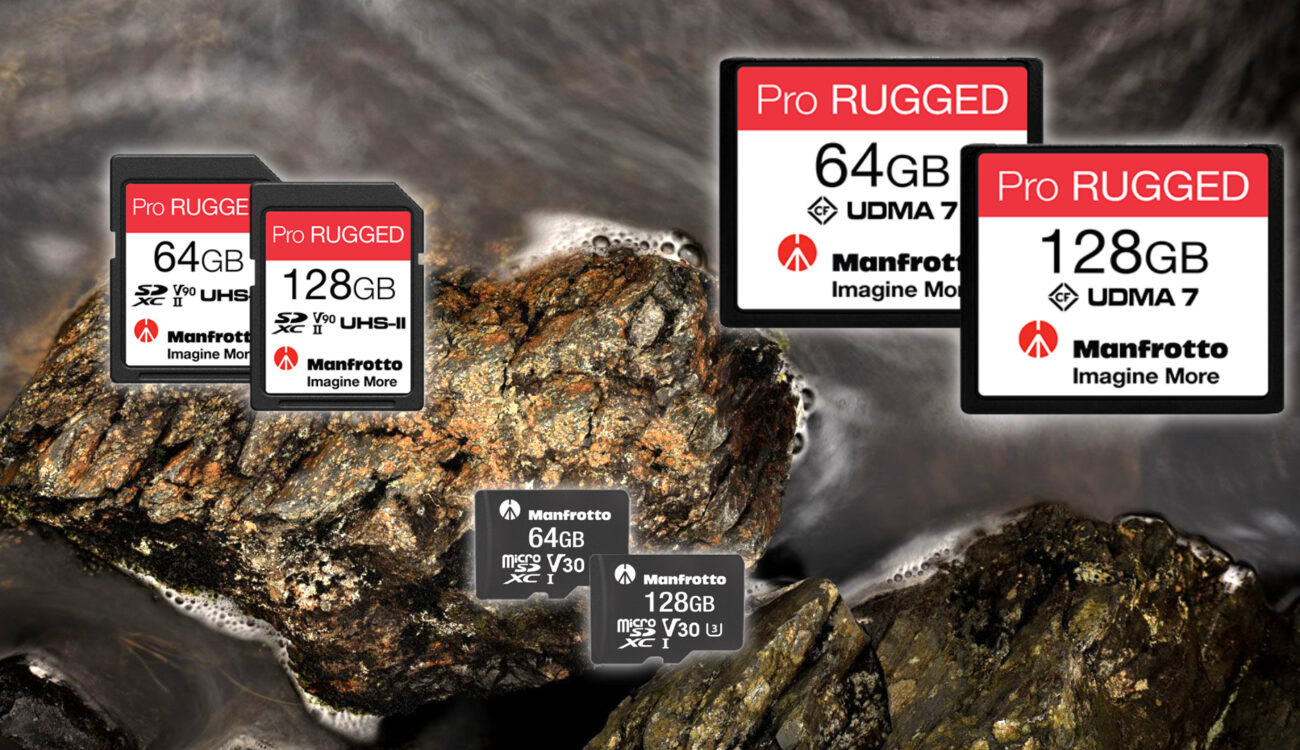 There’s news from Manfrotto: A fresh line of memory cards. Wait…what? Manfrotto ventures forth to new shores with the introduction of their Pro Rugged line of SD, microSD and CF memory cards. These seem to be a direct competitor to the already available Sony TOUGH line of cards. Manfrotto claims best-in-class resilience against the odds of nature for the Pro Rugged line. 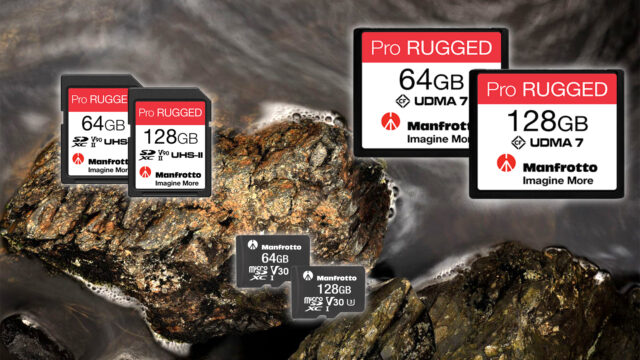 This came a bit by surprise: Manfrotto, renowned maker of tripods, bags and all kind of camera accessories ventures into the memory card market. The freshly launched Pro Rugged line of SD, microSD and CF cards comes in both, 64GB and 128GB flavors. So far, so ordinary. But these cards seem to be very performant in terms of weather resistance, therefore the name Pro Rugged.

The new cards seem to be aimed at pro photographers. In the video world CF cards are not even a thing anymore and 128GB ist OK for microSD cards but for SD? Not so much. I’d get a 256GB card instead, if possible. However, for still photography, CF is still a thing, indeed and 128GB seems to be sufficient for most jobs, even when shooting RAW extensively.

Just like Sony with their TOUGH line of SD and CFExpress cards, Manfrotto claims that their PRO Rugged line is the “toughest in the world”… I guess we’ll have to wait and see how Manfrottos latest offering compares to the Sony cards.

All three types of cards share the same capacities: 64GB and 128GB. However, the specs differ a bit from SD to microSD and CF variants.

The SD cards come as a one-piece design, no connector ribs or write-protection switches can be found here. That’s because Manfrotto sealed off the inner electronics completely and made the cards very durable compared to ordinary off-the-shelf ones. They are bend-proof and shatter-proof up to an impact force of 20Kg and they can survive water even when submerged for up to 72 hours. However, the CF cards are not waterproof so don’t throw them into water just for the fun of it.

All three types of Manfrotto’s Pro Rugged line of memory cards are available now. You can get them directly through their website. Prices are as follows: 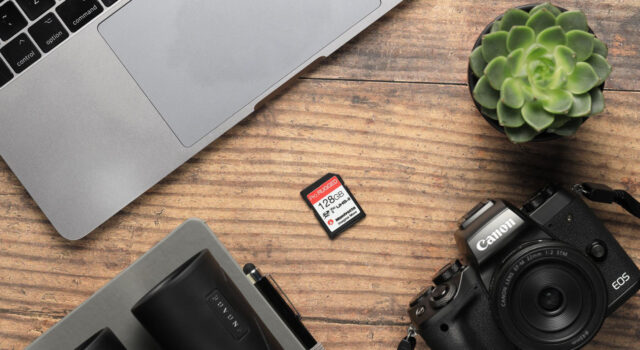 What do you think about these new memory cards? Good for video? Share your thoughts in the comments below!