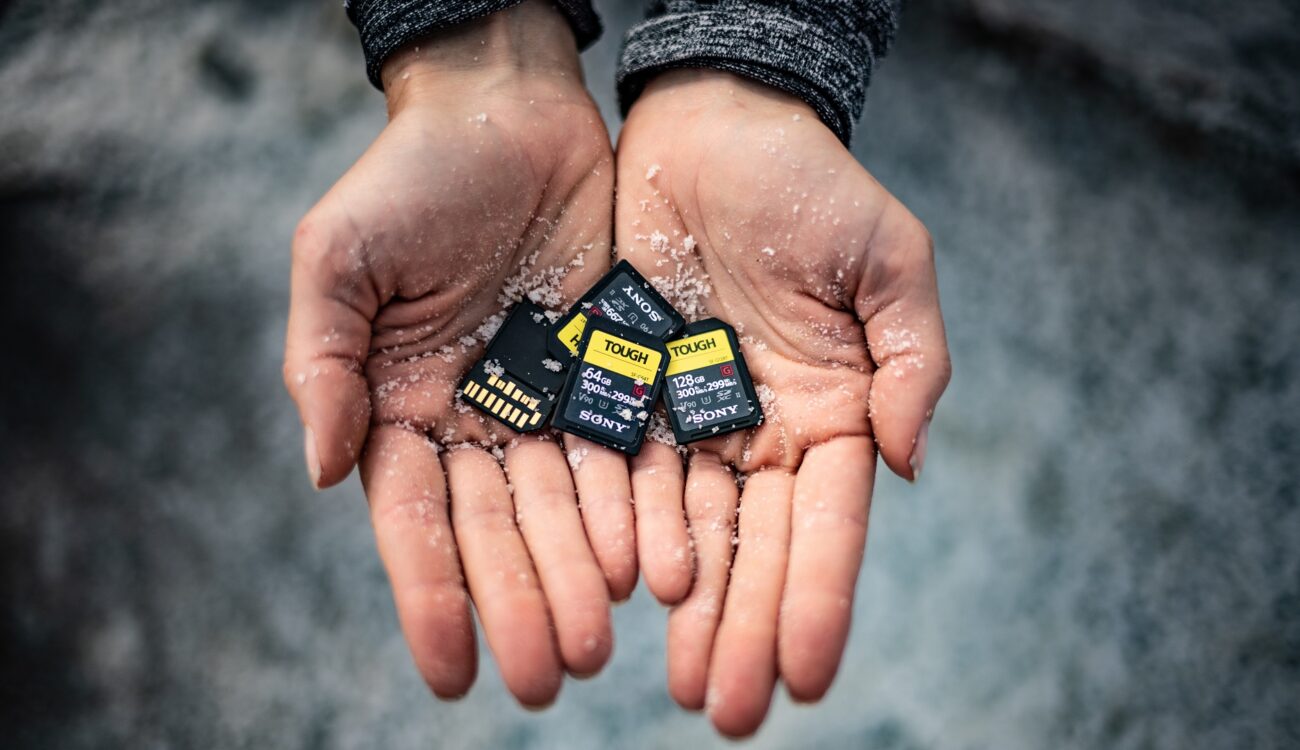 The newly released Sony TOUGH SD cards are completely sealed, ribless, switchless and one-piece molded to offer protection against drops, bends, water and dust. They offer high read and write speeds with V90 standard certification and will be available in three different sizes (32, 64 and 128GB) in October 2018. 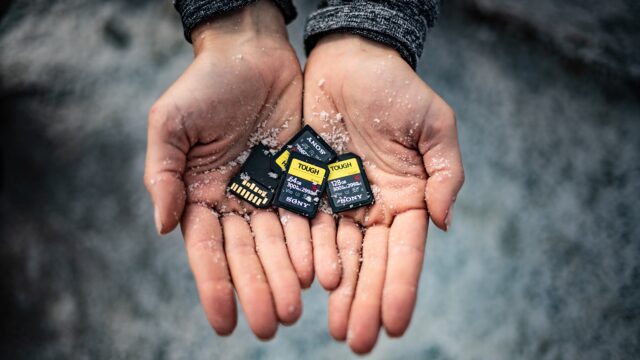 The Japanese electronics giant Sony Corporation is releasing their new SF-G series TOUGH UHS-II SD cards. They combine rugged design with very fast read and write speeds. The cards are basically a monolithic structure and a completely sealed one-piece molding – a design we know from the MicroSD cards segment. Conventional SD cards are made of a thin 3-part ensemble and can therefore be affected by physical damage, such as a broken plastic casing, broken data protection lock and broken connector ribs. The new Sony TOUGH SD cards do not have the write protection switch.

The sealed monolithic structure made of high-grade hardness material means the Sony TOUGH cards are bend-proof, drop-proof for 5 meters, water-proof (with IPX8 rating) and dust-proof (with IPX6 rating). The new cards are 18 times stronger than SD standard (180N compared to 10N rating) to guard them against damage from bending or dropping.

In terms of speed the SD cards have a V90 certification as it is the highest standard of video speed currently possible. V90 means the card’s write speed will never drop under 90MB/s. The true write speed of the new Sony TOUGH series, however, is higher. In fact Sony claims their cards achieve the highest read/write speeds ever offered in the SD cards segment.

The new Sony TOUGH series SD cards include an SD Scan Utility which is intended for checking if the card is in good condition, as well as a File Rescue Software to recover accidentally deleted data and photos. The new cards are also X-ray proof, magnet proof, anti-static, temperature proof and feature UV Guard. The bright yellow branding design should make it easier to spot the card in dark shooting conditions. Full product details are available at the Sony product’s website. The new Sony TOUGH series of memory cards is planned to be available in October. The suggested prices are:

In my opinion these fast cards could go well with the hopefully soon-to-be-released Blackmagic Pocket Cinema Camera 4K. They should theoretically be able to save the highest bitrate of its internal ProRes 422HQ codec which, in 4K UHD resolution, will be 110 MB/s. For Cinema DNG Raw at C4K at 270 MB/s you will probably still need to get a more expensive CFast card or an external SSD.