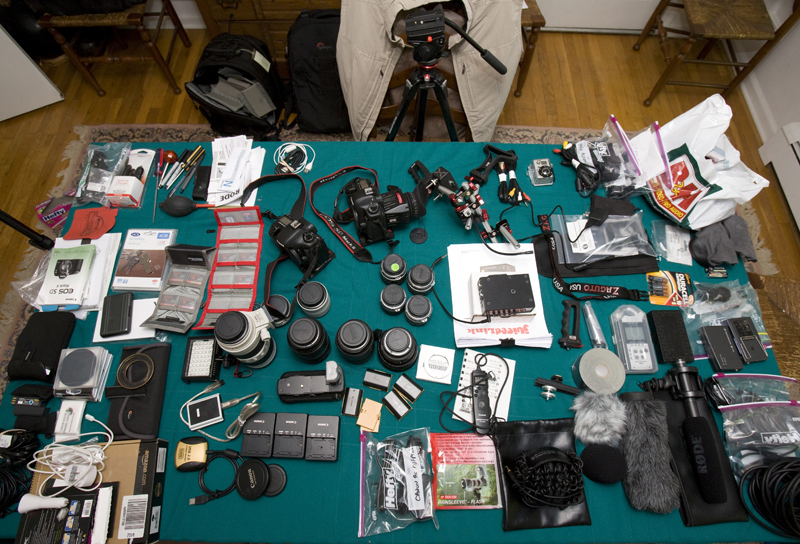 This is supposed to fit into two backpacks!

Gail Mooney and her daughter Erin Kelly are about to depart on a worldwide trip to shoot a Documentary with Canon HDSLR’s The Film will be called “Opening Our Eyes, about ordinary people who are making a positive difference globally, on a grass roots level.” Gail has outlined her gear list on her blog “Journey’s of a Hybrid”. In her post about the gear she plans to bring, Gail claims that all of her gear will fit into two backpacks. I have to admit they must be HUGE backpacks as this looks like a ton of gear. Here is a little snippet from the boring Press Release. “Mooney and Kelly will return on September 2, 2010, after circling the globe and filming people on 6 continents. Their first stop is Entebbe, Uganda; from there they will travel to Turkey, Poland, Russia, India, Nepal, Thailand, Australia, Peru, and Argentina.” Gail plans to take both motion and stills on her voyage. The HDSLR’s are a perfect solution for this type of work. Good luck to both Gail and Kelly. Stay safe out there. Thanks to Photo Cine News for bringing this to my attention.