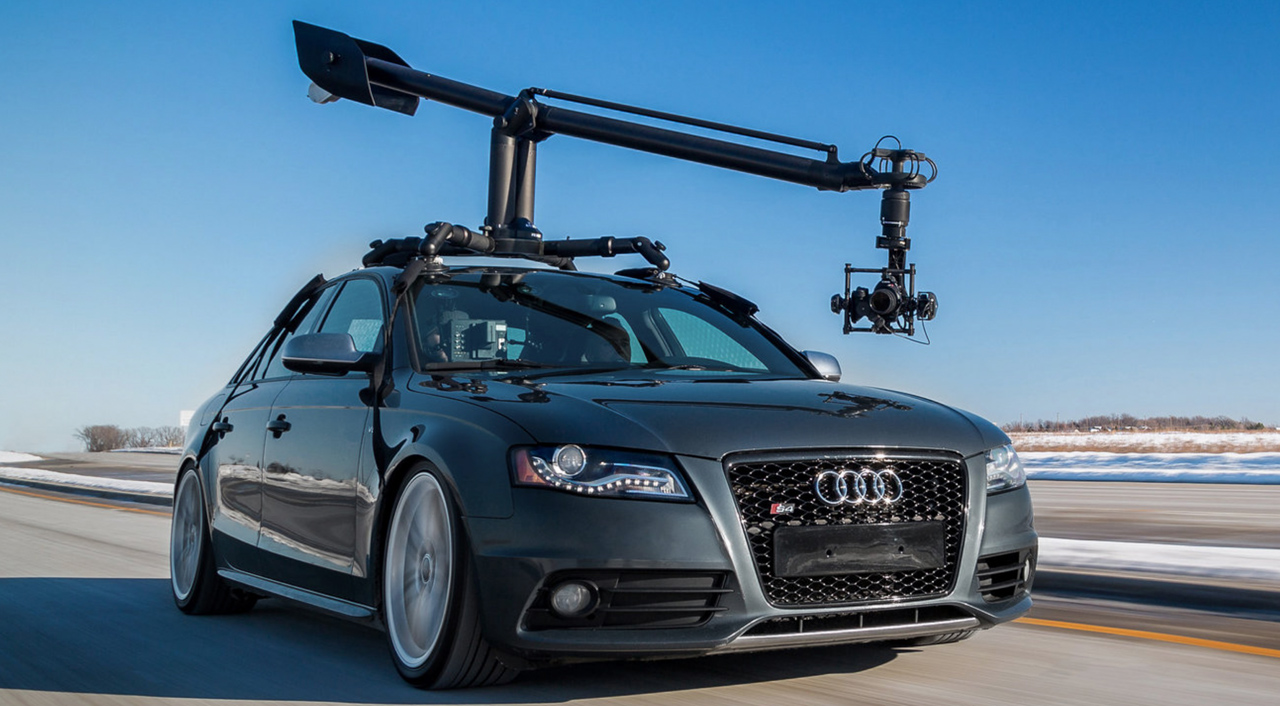 Is hanging out of your car window with your MøVi not quite getting you the shot? No budget for a Russian Arm? Check out the MotoCrane, the world’s first universal automotive camera crane system.

The MotoCrane popped up last week and has caused a bit of a stir. It’s a camera jib arm with gimbal that sits on your car roof, based on a universally fitting suction mount base. 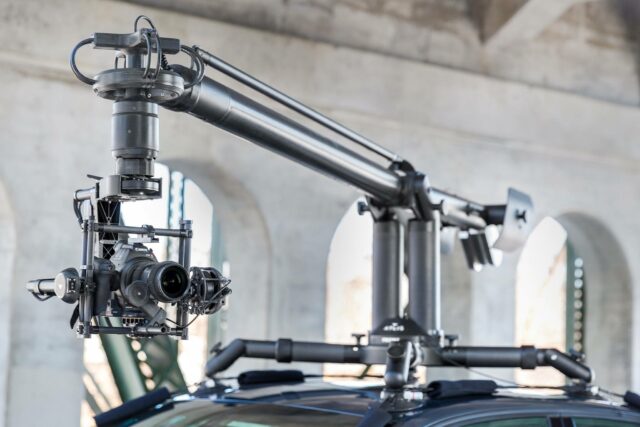 The result is apparently a world’s first in the universal automotive camera crane system market. To obtain these sorts of shots before it would take a lot of rigging and/or a purpose built vehicle, like a Russian Arm. The MotoCrane now challenges anyone with standard sized vehicle and half an hour to spare.

The MotoCrane is made up of three modules, the ARMA jib arm, ACRO gimbal head and ATILIS base.

The reach of the suction mounts on the ATILIS base is 2.5’x2.5′ MIN, 4’x4′ MAX, so technically speaking any vehicle with a flat, non-fabric, non-glass roof of this size will be compatible. 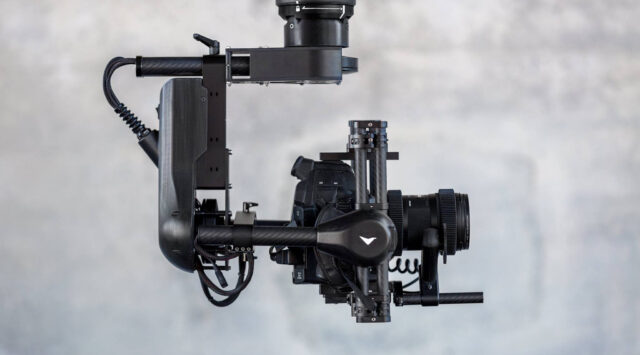 The ARMA Jib arm offers 360 degrees of rotation and 70 degrees of vertical lift (30 up, 45 down) and you get unlimited rotation & 180 degree tilt/roll on the ACRO head. Compatible cameras start from small mirrorless systems (GH4, A7s) up to the ARRI Alexa Mini, RED EPIC and Sony F55; basically anything within a 25lbs payload is compatible.

And then there’s the MotoCrane Command Central iOS app and wireless control panel. Utilizing an actual iPad as the interface, the operator can adjust and control the MotoCrane system, from camera moves to ACRO head configuration. 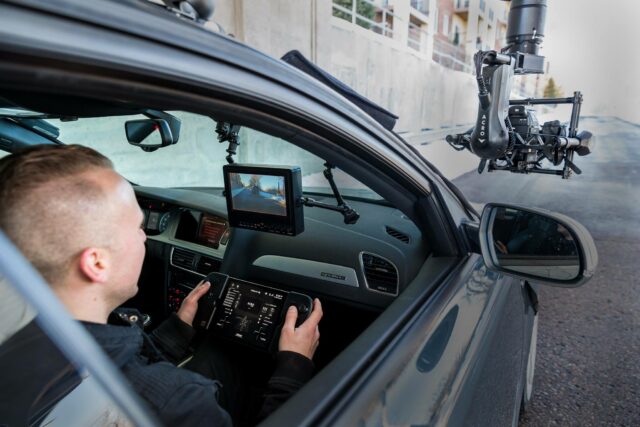 Pricing and availability: TBC (will update article as soon as it’s released).

It will probably not be cheap, but it will be sure to shake things up by closing the gap considerably between affordable-for-all filmmaking and top-end purpose built.

Would you trust the MotoCrane with your camera and your car? Let us know in the comments below!