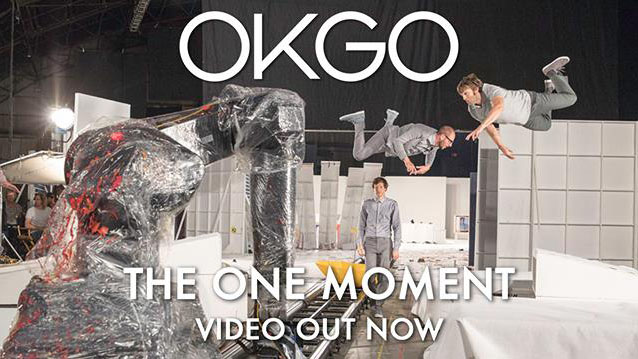 Indie-pop band OK Go probably spend as much time coming up with their music videos as they do with writing and recording their songs, and they have proven before several times, be it in zero gravity or high up from the air looking down.

Now, they have done it again with their new video “The One Moment”, but spending only 4.2 seconds in the process – and it’s another fireworks of colours splashing and things going boom, people flying through the air and things getting thrown at them. Although it certainly took a long time in preparation and planning, the actual recording was done in just 4.2 seconds. How? Simple (yet not simple) – super slow motion, likely shot with a PhantomFlex camera (the same one we used on my documentary Through The Thick earlier this year).

Watch for yourself and see the behind-the-scenes reel at the bottom!

OK Go – The One Moment – Official VideoLadies and gentlemen, please enjoy our new video for “The One Moment.” A million thanks to our partners at Morton Salt #WalkHerWalk.

The total length of the video is 4:02 minutes, which means roughly that every second in realtime ended up being a minute in the music video. If our math is correct (and I hope OK Go will release more details about it soon), they shot the video at around 1,500 frames per second. (The PhantomFlex4K is capable of 1,000 frames per second in 4K, but more if you drop the resolution lower.) 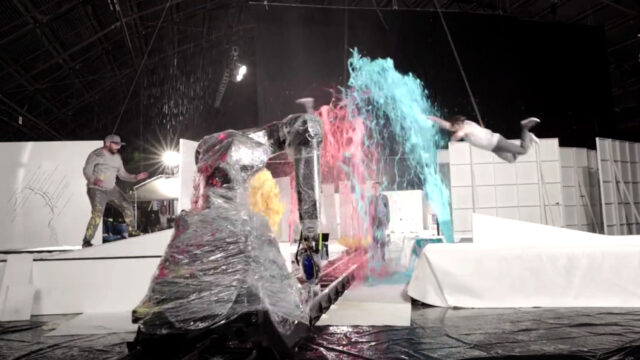 Despite looking like a one-shot, they did actually do different takes because, as the lead singer says, “there are no robots currently fast enough to shoot the entire action in one go”. If you look at how fast that Bolt motion control arm moves across in the behind-the-scenes, you will understand that he is most certainly right.