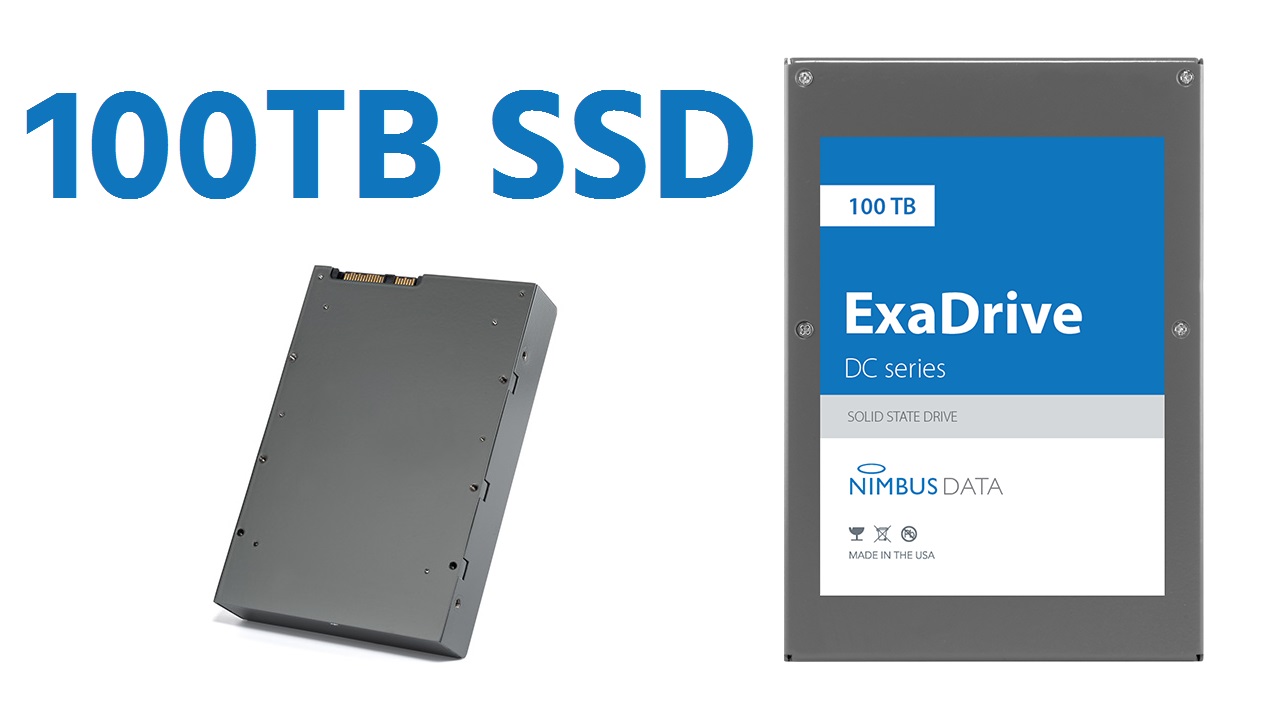 Nimbus Data announced a new product – the ExaDrive DC100. It is nothing but the world’s largest SSD (solid state drive) with a whopping capacity of 100 terabytes packed into a regular 3.5″ body. It also shines through very low energy consumption and reduction of cost per TB. 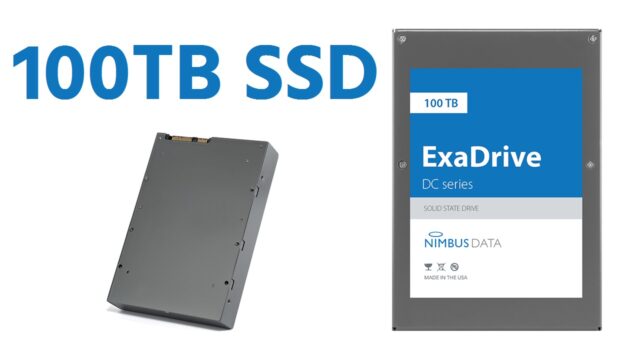 The race to increase capacity of single drive units never ends. Now there is one company that is miles ahead of its competitors. Nimbus Data is a California-based company that develops advanced flash memory solutions. Their newly announced, record-breaking 100 TB SSD offers more than 3x the capacity of the closest competitor. The drive is part of the Nimbus Data ExaDrive DC series, which includes both 50 and 100 TB versions of this drive.

According to the company’s statement, the new Nimbus Data ExaDrive DC100 also draws 85% less power per terabyte (TB) than existing solutions. The total cost of ownership per terabyte was reduced by 42% compared to competing enterprise SSDs. Nimbus Data hopes this will help accelerate flash memory adoption in both cloud infrastructure and edge computing.

The new, world’s largest SSD features a patent-pending multiprocessor architecture which allows it to support much greater capacity than monolithic flash controllers. The ExaDrive DC100 uses the 3D NAND type of flash memory.

Featuring the same 3.5” form factor and SATA interface used by hard drives, the ExaDrive DC100 is plug-and-play compatible with hundreds of storage and server platforms. The DC100’s low-power (0.1 watts/TB) and portability also make it well-suited for edge and IoT applications. The DC100 achieves up to 100,000 IOps (read or write) and up to 500 MBps throughput.

Concerning safety the ExaDrive DC100 is protected by an unlimited endurance guarantee for 5 years. Embedded capacitors should make sure that buffered data is safely protected if there is a sudden power loss. Encryption, multiple ECC processors, and a secure-erase feature ensure data security. The DC100 drive offers a mean time between failures (MTBF) of 2.5 million hours.

The fact that there is a drive with such a high capacity with the same 3.5″ form factor could significantly reduce the size and power consumption of data centers. And that is also the main target industry for these products.

The world’s largest SSD is currently sampling to strategic customers and will be generally available in summer 2018. The information about pricing is quite tricky for me. The company says: “Pricing will be similar to existing enterprise SSDs on a per terabyte basis while offering 85% lower operating costs. Overall, the ExaDrive DC series will cost 42% less per terabyte over a 5-year period compared to existing enterprise SSDs.”

If I take a look at existing enterprise SSD solutions, the prices are roughly at around $500 per TB. Would that give us the final price of $50.000 for one ExaDrive DC100 unit? We can only guess and wait when the official price will be announced. It will obviously not be cheap, but the capacity is enormous and there is a lot of development behind the technology.

What is your opinion about SSD drives? Do you already use only SSDs or do you prefer having a regular spinning HDD for storage? Let us know in the comments below.