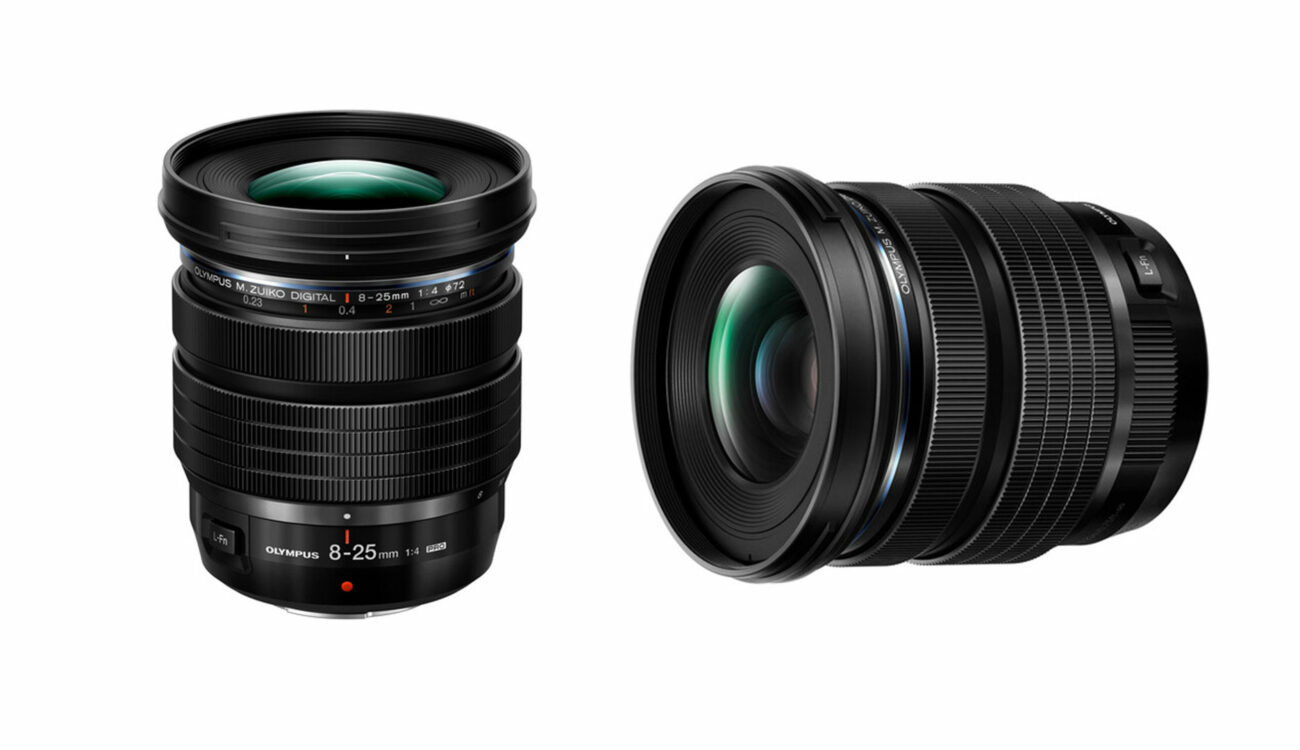 Olympus recently released a new lens for Micro Four Thirds cameras: the Olympus M.Zuiko Digital ED 8-25mm F/4 PRO. This wide-angle zoom lens (16-50mm full-frame equivalent) has a constant F/4 aperture, it is weather-sealed, and should be a nice companion for everyday use. Let’s take a closer look at it!

Olympus sold its imaging business to Japan Industrial Partners earlier this year, but the company has just released a new lens for Micro Four Thirds cameras. Indeed, with the recent launch of the Panasonic GH5 II and the upcoming Panasonic GH6, MFT cameras are far from being dead.

The Olympus M.Zuiko Digital ED 8-25mm F/4 PRO is a wide-angle zoom lens with a constant F/4 aperture through its zoom range. If you often shoot with full-frame cameras, this lens is the equivalent of a 16-50mm, which is a pretty versatile focal range.

This lens features a Micro Four Thirds lens mount, so it is compatible with Olympus’ MFT cameras, but you can also use it on any Panasonic/Blackmagic Design camera with such mount. Also, this 8-25mm F/4 PRO lens is pretty lightweight at only 411g/14.5oz for a length of 8.85cm retracted, as the front element extends when you zoom in.

On the lens itself, there is an L-Fn assignable button. If you want to switch from automatic to manual focus, you’ll have to pull the lens barrel towards the camera. Unfortunately, this lens doesn’t have image stabilization, so you’ll have to rely on your camera’s IBIS system to compensate.

The lens design of the 8-25mm F/4 PRO consist of 16 elements in 10 groups. On the inside, you’ll find one DSA (Dual Super Aspherical) element, one ED (extra-low dispersion) element, two aspherical ED elements, one Super ED element, one HR (high-refractive index) element, one Super HR element, and one HD element elements. Finally, the front element has a fluorine coating to make it easier to clean and less prone to dust/fingerprints.

As you can tell, this is a pretty complex lens design to minimize chromatic aberrations, distortion, and color fringing.

The aperture diaphragm consist of 7 rounded blades for a creamy bokeh. The front filter thread is 72mm, and the minimum focus distance is only 9.1″/23 cm.

What do you think about this new Olympus wide-angle MFT zoom lens? What is your go-to lens when shooting with MFT cameras? Don’t hesitate to let us know in the comments down below!