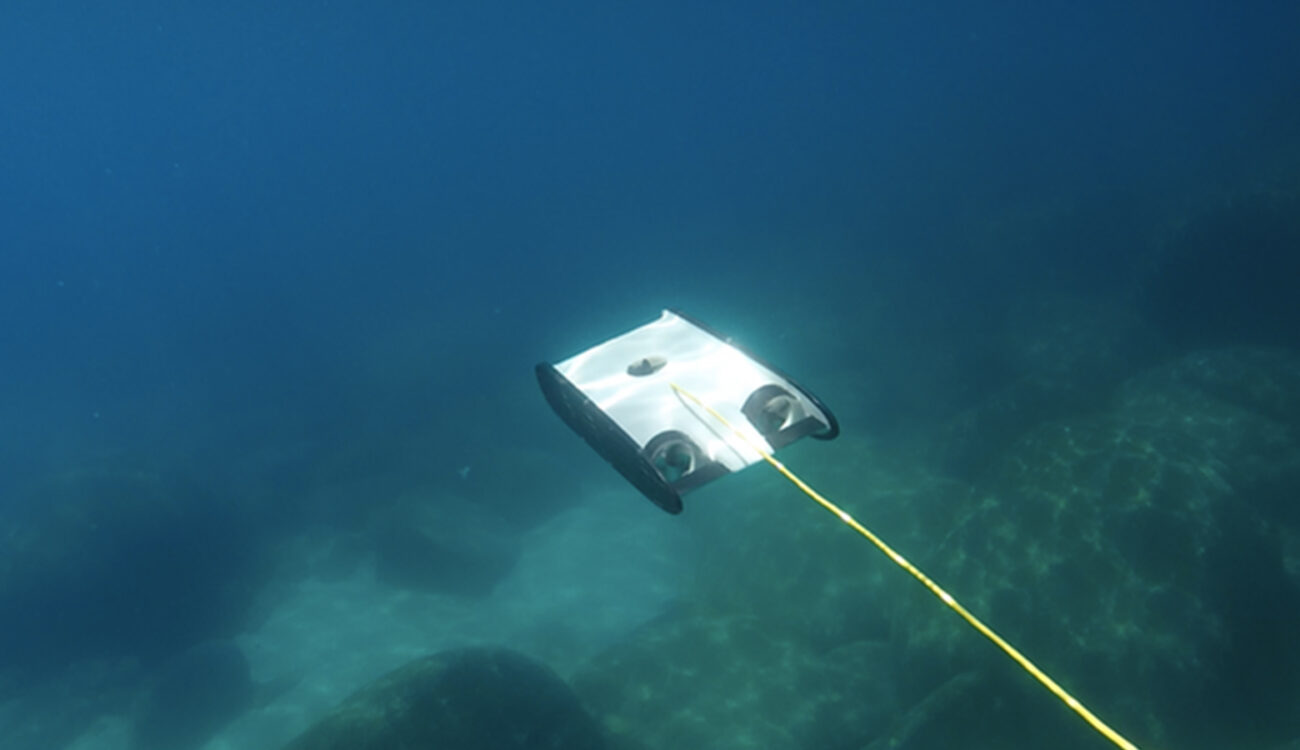 The OpenROV Trident on Kickstarter aims to be an underwater drone with a built in HD camera, capable of depths of up to 328 feet.

In the last few years drones have become a major component of professional filmmaking. Filmmakers and videographers have become accustomed to sending cameras up into the skies, but what about below the sea? Well, this Kickstarter campaign looks pretty interesting. While it is in the early stages of development, could it be a sign of things to come?

The OpenROV Trident is an underwater drone that is being built for a variety of applications related to oceanic exploration. But the fact that it has a built in HD camera caught our attention. The manufacturers haven’t released complete details regarding the cameras capabilities, but we reached out to them for more information. They tell us that while they are still determining which system they will use, the can confirm it will be HD resolution with a wide angle and a frame rate of at least 30 fps. Unlike the UAV’s that use action cameras like GoPros which have become popular for filming from the skies, this camera will record via a cable to a computer on the surface.

Part of that limitation is due to the construction of the device itself. The Trident will be 7.87 in x 15.75 in x 3.15 in and will weigh 6.4 lbs. A thin, buoyant cable will send video and telemetry to the surface where the video signal can be recorded onto a computer (the cable is a necessity since radio waves don’t travel well enough through water). The cable travels up to a WiFi buoy at the surface which then allows you to control the Trident via a tablet, laptop, or even a virtual reality device like Oculus Rift.