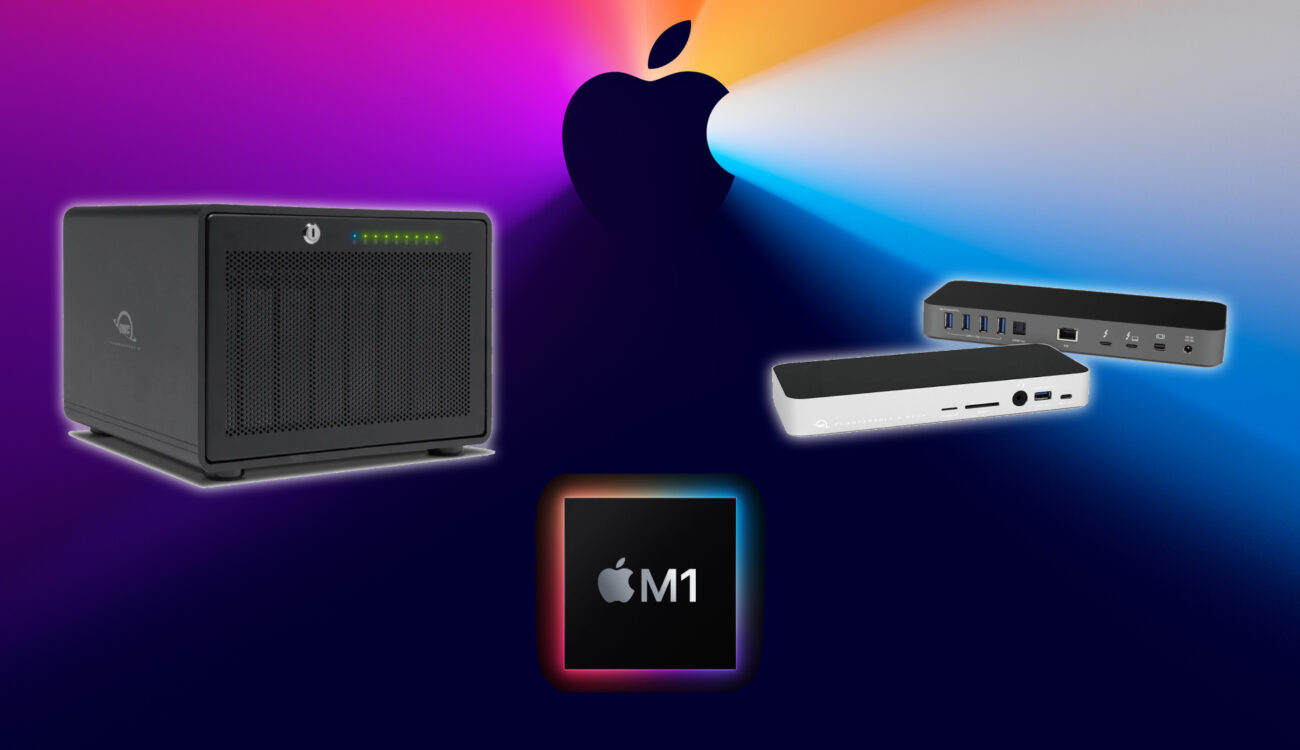 So you’re a pro user of Apple Mac computers? And now you’re a bit hesitant regarding the freshly available M1-powered ARM Macs because they just might refuse talking to any of your pro gear attached to them due to the completely new architecture? Well, fear not, OWC has you covered.

Other World Computing (OWC) is a US-based manufacturer of enthusiast/pro-grade accessories, mainly storage solutions, docks and memory upgrade kits. Now they announced that each and every of their latest Thunderbolt drives and Thunderbolt docks are fully compatible with the latest M1-powered Macs. This might be a no-brainer, since it’s just plain ol’ Thunderbolt, right? But things are different here.

Apple is in the process of its second major transition of underlying architecture: The first one went down from 2005 until 2009. They then waved goodbye to the trusty PowerPC platform and said hello to Intel processors. Switching from one processor architecture to another is much more than just swapping silicon. Everything needs to adapt to the new language the processor is fluid in. A process full of pitfalls as you can imagine.

Fast forward another 11 years, Apple has announced the switch to ARM-based processors, this time developed in-house under the name Apple silicon. Intels x86 architecture is very different to the ARM architechture, so everything needs to adapt once more.

That’s why it’s not necessarily set in stone that everything works out of the box just fine. And that’s why pro users, who commonly have invested a lot of bucks in third-party accessories, are hesitant in regards of this new M1-based ARM platform.

At least, OWC can ease our minds here a little bit since they have announced that everything within their range of Thunderbolt drives and docks will work flawlessly.

We’re talking about big storage systems like the OWC Thunderbay 8 (uot o 128TB) here, for example. Or, if connectivity is your thing (since it’s obviously not Apple’s thing), the mighty OWC 14-Port Thunderbolt 3 Dock. Wait, Thunderbolt 3 is still a thing? Yes, indeeed.

Apple did not exactly push this news but Thunderbolt 4 is not happening on the three new M1-driven models. The ports are labled “Thunderbolt / USB 4” which might be quite a bit misleading. Under the hood it’s only Thunderbolt 3 (40Gb/s) / USB 3.1 Gen 2 (10Gb/s). So what’s the “4” then, you might ask. This is because manufacturers can specify to which USB revision they have tested the ports which is not neccessarily what maximum speed these ports offer. Welcome to the wonderful world of marketing.

Nobody knows why Apple ditched Thunderbolt 4, maybe it’s because Thunderbolt operates at the same speed than Thunderbolt 4 but the newer iteration also sports some benefits such as longer cable runs and support for two 4K display or one 8K display, for example.

At least, you’ll get some peace of mind that your Thunderbolt 3-powered OWC devices will run just fine for a little bit longer, so that’s a good thing.

Do you use OWC gear on your existing Mac? Are you planning on upgradin gto one of these new M1-machines? Share your thoughts in the comments below!