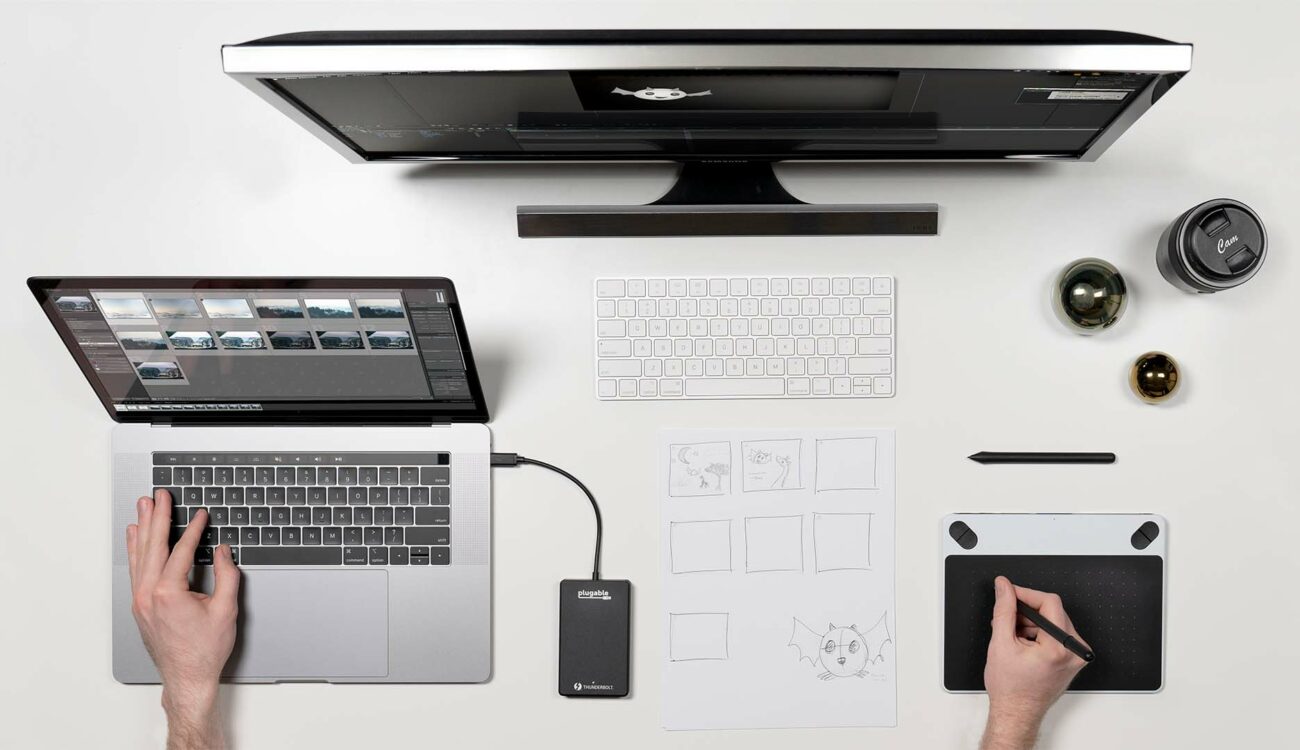 Plugable, a leading manufacturer of USB, Thunderbolt, and Bluetooth devices has released a fast portable SSD capable of eye-popping speed aimed at the filmmaker on the go. With Thunderbolt 3 and NVMe technology, they are pushing past previous limits on storage speed. 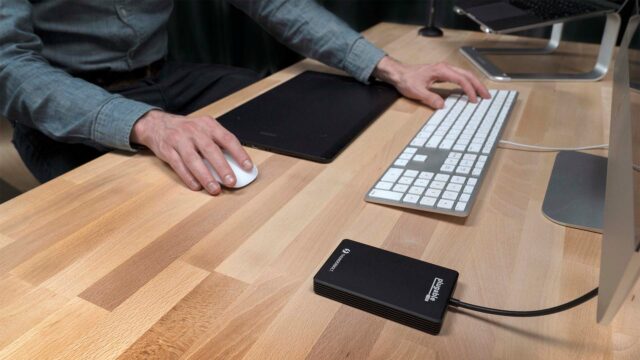 Internal SSDs in computers have been getting faster and faster, but external drives have fallen behind. That’s because until very recently, external SSDs haven’t taken advantage of NVMe technology. Ask anyone who has built a custom PC in the last couple of years – when it comes to fast and reliable storage, NVMe is the good stuff. When SSDs were first introduced, they were built to fit seamlessly into working environments designed for standard spinning-disk drives. They connected through a SATA connection, which works fine for hard disks but wasn’t designed to keep up with increasingly-fast solid-state drives. Enter: NVMe storage.

The old SATA connection suffers from latency (a lag between input and output) because of its indirect connection to the CPU. You can think of it as basically travel time. Newer NVMe drives with an M.2 connector have a straight shot in with almost no latency. But more than that, they aren’t bottlenecked by the slower SATA connection. To give a sense of scale, SATA connections can only carry about 550 MB/s (source). The Plugable Thunderbolt 3 Drive clocks in at 2800 MB/sec read and 1800 MB/sec write. That’s about 4x the speed of a traditional SATA drive like the popular Samsung T5. 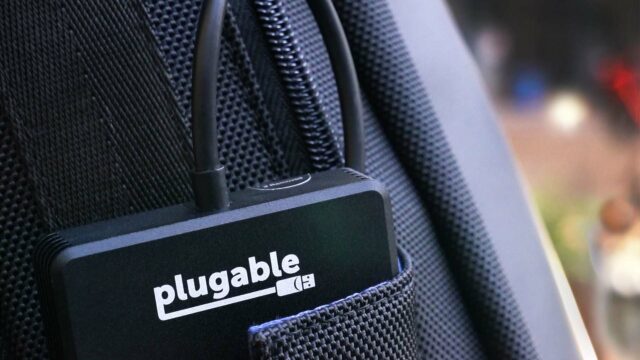 The Plugable Thunderbolt 3 Drive comes in 1TB and 2TB models, perfect when shooting with larger codecs and higher resolutions. A 1TB drive is capable of storing 155 minutes of ProRes 422 HQ 4K video, or 175 minutes of DnXHR HQ 4K video.

Make no mistake, the cost per GigaByte on the Plugable Thunderbolt 3 Drive is fairly high. But keep in mind that you’re paying for speed, not capacity. This drive works best as a scratch disk for an active project, or a portable backup for high-speed footage dumps on the go. It’s formatted as exFAT out of the box, which works well on both Mac and Windows machines. 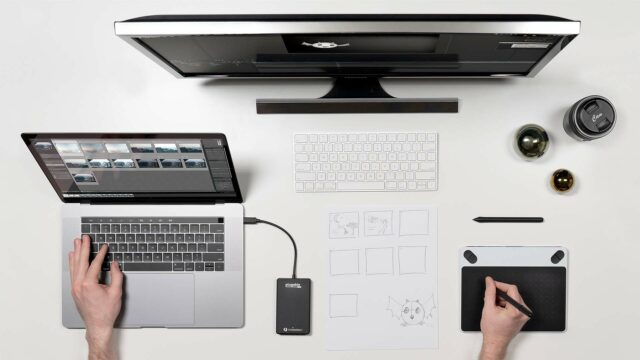 Weighing in at 6.1oz, the Plugable Thunderbolt 3 Drive is about the size and shape of a modern smartphone. It is encased in anodized aluminum, and the full metal body is acting as a heat sink to dissipate heat and keep the SSD cool while also protecting your data. And, as a nice little bonus, the Plugable drive comes with a plush velvet carrying case, so you can go from shoot to shoot without damaging it.

The Plugable Thunderbolt 3 NVMe External SSD is available now for $299 for the 1TB version and $499 for the 2tb version.

How could you use faster on-set storage? What are your biggest footage bottlenecks? Does the Plugable Thunderbolt 3 Drive solve them? Let us know in the comments below.