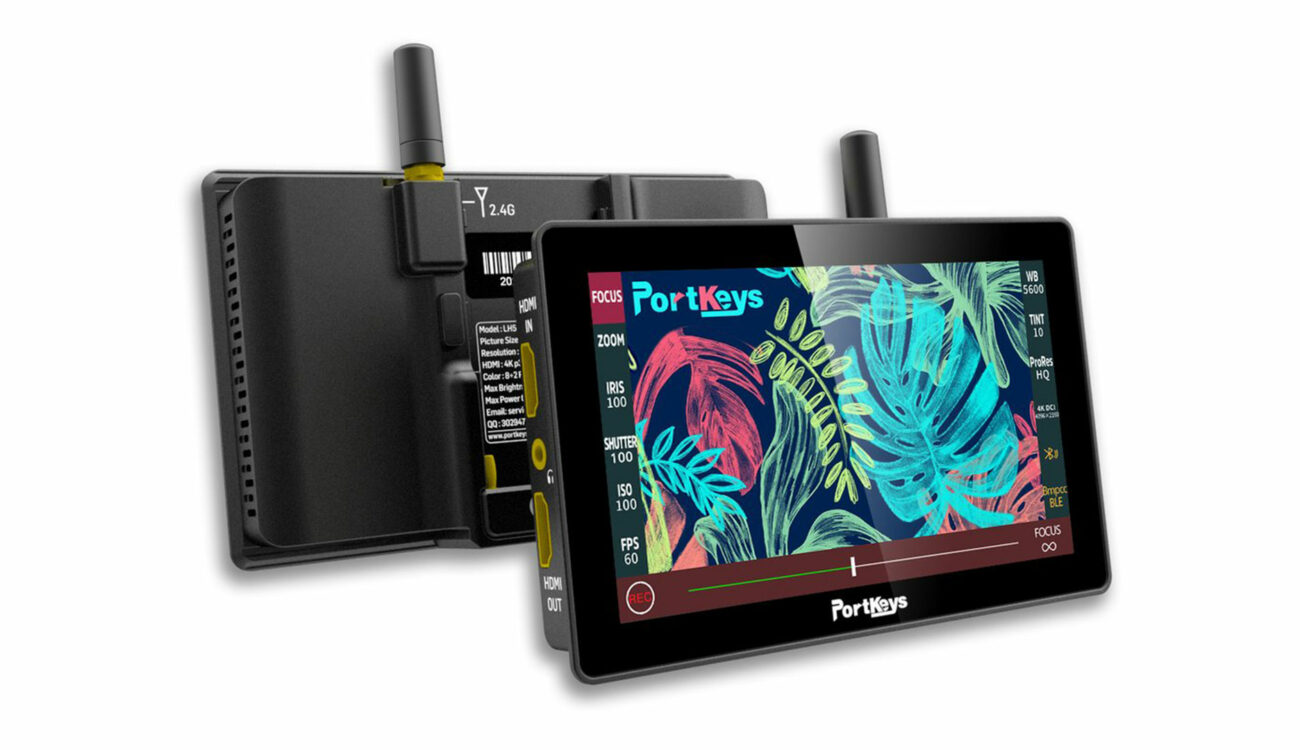 PortKeys has just announced the launch of a new 5.5″ on-camera monitor: the PortKeys LH5P. This HDMI-only (in/out)monitor is made out of aluminum, it is daylight-viewable with a maximum brightness of 1700 nits, and it can control your Blackmagic Pocket Cinema Camera 4K/6K wirelessly. Let’s take a closer look at it!

If you’re new to PortKeys, this company is specialized in affordable HDMI and SDI camera monitoring solutions. Recently, we talked about their LEYE viewfinder, the fully-featured SDI/HDMI BM5 monitor, and the affordable PortKeys P6. The company has just released a new 5.5″ HDMI-only monitor, the PortKeys LH5P. This product name may sound familiar to you, as it is the big brother of the PortKeys LH5H that was released last year.

The PortKeys LH5P is the big brother of the LH5H, and both monitors have a lot in common, including:

The LH5P has a built-in camera control module and can control various camera via a cable or wirelessly for BMPCC 4K/6K users. The LH5P can connect to your camera via a cable, and Z CAM, Canon, Sony, Panasonic, Blackmagic cameras are supported at the moment. In short, with the LH5P you can adjust your camera settings, trigger recording, and even pull focus without even touching your camera!

You got it; both monitors are very similar, so what’s new? One of the biggest caveats of the LH5H is its full-plastic construction. The PortKeys LH5P is built with aluminum alloy, which makes it more resistant to field life. Also, it looks slightly thinner than its predecessor, but the LH5P is heavier at 250g vs. 170g for the LH5H.

Finally, the LH5P display is slightly larger at 5.5″ (5.2″ for the LH5H), and it has a new removable Bluetooth antenna at the monitor’s back, whereas the Bluetooth module of the LH5H is built into the monitor.

The PortKeys LH5P is available now for $399.00, and the package includes a straight to elbow DC power cable, one camera control cable, a safety box, and a USB stick with the instructions. The LH5H currently retails for $100.00 less at $299.00 and can be a nice option if you don’t need the extra aluminum toughness. For more information, please visit PortKeys’ website here.

I’m currently finishing our review of the PortKeys LH5H that will be released very soon, so keep an eye on CineD if you want to learn more about these affordable on-camera monitors.

What do you think about the PortKeys LH5P? Do you think this new model might be interesting for you? Don’t hesitate to let us know in the comments below!