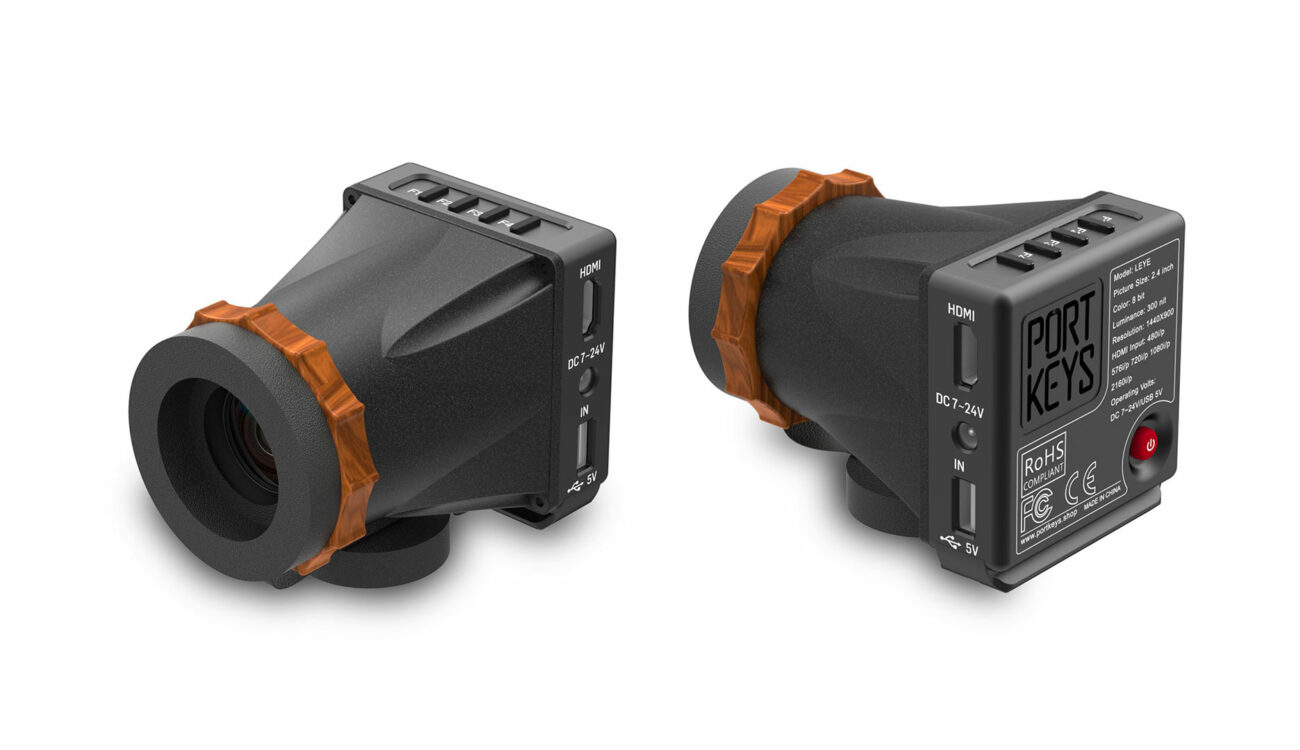 PortKeys has just released a new electronic viewfinder for DSLR/Mirrorless camera shooters with only one HDMI input that can take a 4K video signal: the PortKeys LEYE. This very compact EVF fills a hole in the market with an affordable price tag of $399. Let’s take a closer look at it!

The Chinese manufacturer PortKeys is starting to be well-known for making affordable monitoring solutions for filmmakers with a lot of built-in monitoring and camera control features. We first heard about the company with the fully-featured BM5 monitor that can control your camera, then more recently the LH5H that is HDMI-only which we are currently reviewing – stay tuned for more info about it.

Who Is It For?

The PortKeys LEYE is not the company’s first try at making an EVF. Indeed, last year, they released the OEYE-3G EVF with SDI/HDMI input ports and a very high 1080P resolution.

The OEYE-3G is targeted at professional users, while the PortKeys LEYE fills a big hole in the market for enthusiastic/filmmakers that don’t use an external viewfinder on a daily basis and are looking for an EVF that doesn’t break the bank.

The PortKeys LEYE features a 2.4″ LCD screen with an effective resolution of 1440 x 900. The display is 8-bit – which is enough for framing your shots -and has a maximum brightness of 300nit with a 1100:1 contrast ratio.

There is a loupe in front of the display, but it doesn’t look like you can flip it/remove it, according to the pictures. To fit nearly every filmmaker, the loupe of the LEYE features a +8 to -3 diopters adjustment. Also, the loupe’s back is totally round, with a “sponge eye mask” that prevents LCD sunburns and allows users with glasses to look at the EVF easily. However, no “traditional” eyecup is included, which is a little bit of a bummer.

The PortKeys LEYE is very compact, with dimensions of only 106 x 70 x 78mm. Most of the device is made of plastic, except for the metal rear cover.

Like the PortKeys OEYE-3G, the LEYE doesn’t have a built-in battery. You can power it via the DC 7-24V barrel port or 5V USB Type-A port on the device’s right side. It means that you’ll have to use an external battery to power the EVF, either a V-Lock/Gold-Mount battery or a power bank.

Finally, there’s an HDMI input port on the right side, above the power inputs, that can take video signals of up to 4K30p. There is no video output port.

On top of the EVF, you’ll find four user-assignable buttons.

Like all PortKeys products, the LEYE features all the monitoring tools you need, including;

The PortKeys LEYE is available now for $399. It comes with a right-angle HDMI adapter, a sponge eye mask, a USB thumb drive with the user manual, and a D-Tap to barrel connector cable.

There is not a ton of competition in this price range, and the only product I can think of is the Zacuto ACT EVF Pro that retails for $499 and has far less features.

What do you think about the PortKeys LEYE EVF? Are you using an EVF on your DSLR/mirrorless camera? What model are you using? Don’t hesitate to let us know in the comments down below!