In late March we first announced that PortKeys, based in China, was taking the leap into the EVF world with their new OEYE-3G. cinema5D caught up with PortKeys team at NAB 2019 for an inside look into the new 0.7″ 1080P OLED display Electronic Viewfinder. All the details are below including pricing and availability.

SDI, HDMI and USB inputs are all available on the OEYE-3G as well as both SDI and HDMI outputs. You can send 4K DCI signals at 24 frames per second through the HDMI or 4K UHD at 24/25/30 fps, but the SDI input port is only able to accept 1080P signals at up to 60 fps. The HDMI and SDI ports . (Unfortunately, we were told that this information which the manufacturer gave at the show initially, is unfortunately incorrect. The EVF cannot cross convert between HDMI and SDI, it can only output the signal via SDI if it receives an SDI signal, and the same is true for HDMI.) 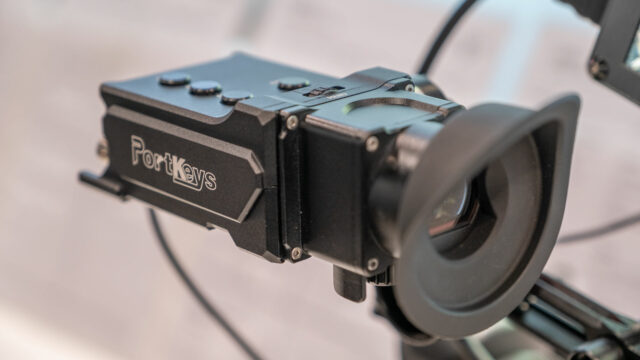 The EVF is built with all aluminum construction and the OEYE-3G EVF weighs in at a very manageable 400 grams. Three custom user buttons are available and you can mount the EVF using the ARRI Rosette or two provided 1/4″ holes. There is also a headphone port on the back for monitoring audio.

You are limited to a single 7-24V Lemo port for power and some may miss having a battery option. After a quick run-through the menu/UI seems especially intuitive and the peaking seemed great.

The OEYE-3G EVF is upgradable through a USB port and includes many free software features right out of the gate such as: 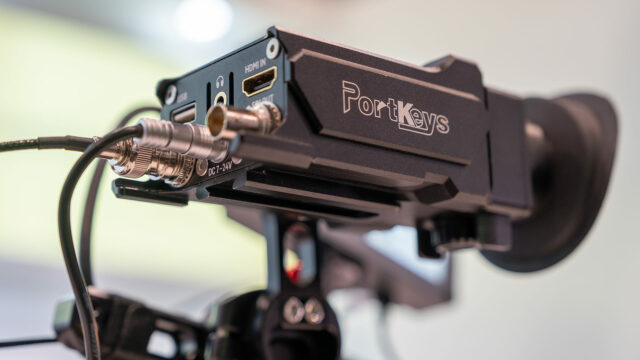 Finding more information about PortKeys as a company is a little tricky as we haven’t been able to locate much information on the web about them, but the EVF does look promising at first glance.

Pricing and Availability: The price for the OEYE-3G EVF is $1,199.00 and the device is expected to ship in early May.