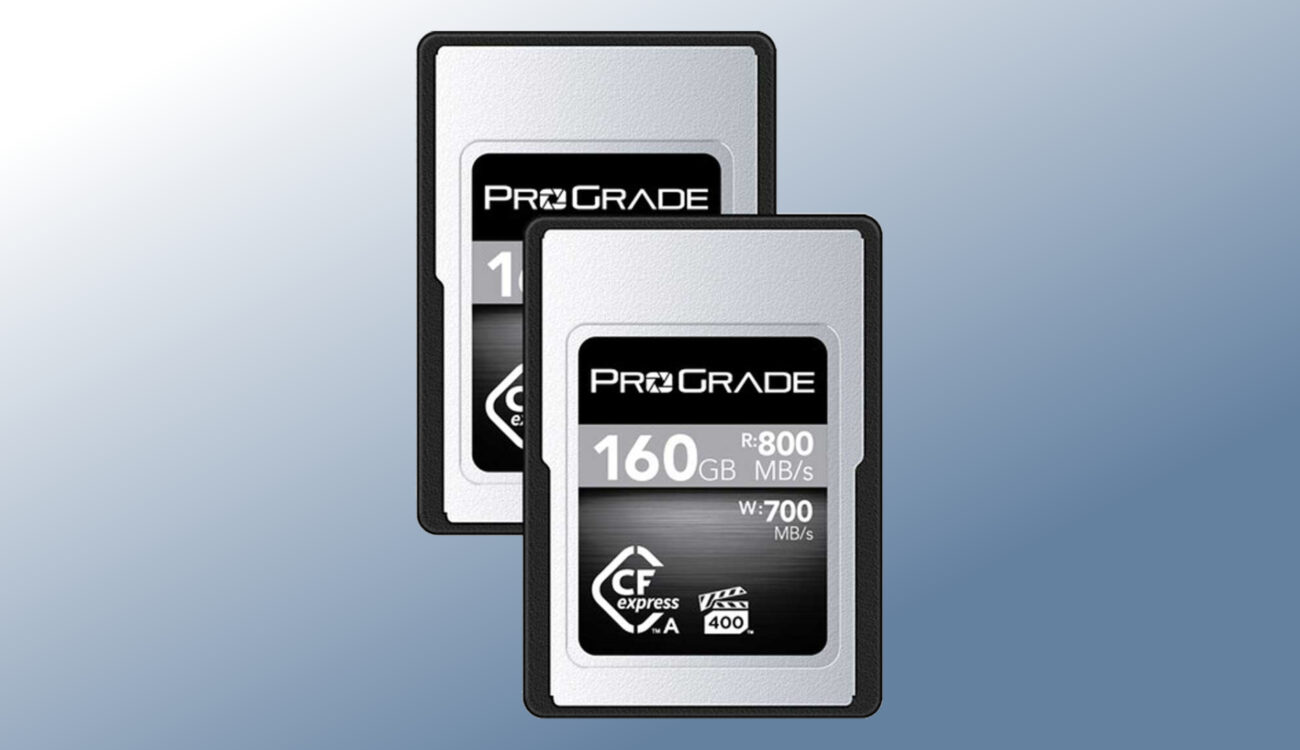 The ProGrade CFexpress Type A memory card is a new release that promises outstanding minimum sustained write speeds and is specifically designed for high resolution video.

Prior to this announcement, the only company to produce CFexpress Type A cards was Sony.  With ProGrade now bringing these to the market, users can expect great performance and quality at a lower price.

CFexpress Type A is a new media format that hasn’t seen widespread adoption yet. These cards are smaller than SD cards but more than double their theoretical write speed. Sony was the only manufacturer of these new cards, until now.

This tiny size and increased speed allows cameras to remain small and still pack-in professional codecs. Currently, the only cameras that use CFexpress Type A media are the Sony A7S III, Sony a1, Sony FX3, and Sony FX6.

My personal experiences with ProGrade digital have been outstanding. Their performance, quality, reliability, and customer support have been top notch.

I purchased two of their 1TB CFast cards for my Red Komodo. After a month of using them with no issues, they called me on the phone to inform me of an issue that some users had reported. They quickly replaced both of my cards as a precaution, and I have been a huge supporter ever since.

Do you think you’ll use ProGrade’s CFexpress Type A media in your camera? Let us know in the comments below.